Yesterday We Finally Got A Chance To Tour The Great Adirondack Camp: Sagamore. It Was Amazingly Beautiful And A Fun Tour. Status: Bring The Deet. You're Gonna Need It! 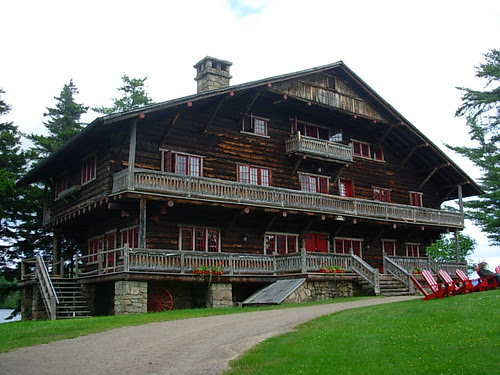 Touring at least one of the few remaining Great Camps of The Adirondacks was the principal impetus for pointing our Roadtrip Vacation North East this year.  Oh sure, we've been doing all the fun stuff and plowing through the tourist traps with aplomb but one must include some culture to cut the sweet sugary silliness of all the other stuff we're doing!

I'm not going to bore you to death with all the History of the Great Camp Sagamore here.  I

architectural style and genuine rustic beauty of the buildings and grounds.  I'd love to be able

to spend some real time here.  It really does pull at me.  Sadly, I am not of the means to do so.

America.  It takes serious money to build and maintain a place like this.

Watch the PBS video above at your own risk.  It dragged me and the Girlfriend over a 1,000

miles away from home to visit Upstate New York!  We got to see the outdoor bowling alley up

close and personal...but sadly no, we didn't get to bowl a few frames - or innings as the original

chalkboard score board called them! 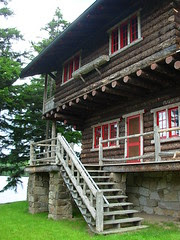 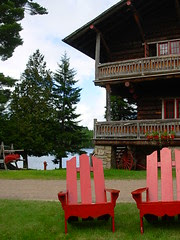 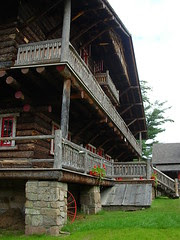 tour guide who was genuinely excited about both the camp and giving a tour!  She was lots of fun

and gladly answered all of our questions.  I wish I could remember her name.  She was young,

had just graduated from McCallister in St. Paul MN and really "nailed it" with the tour. 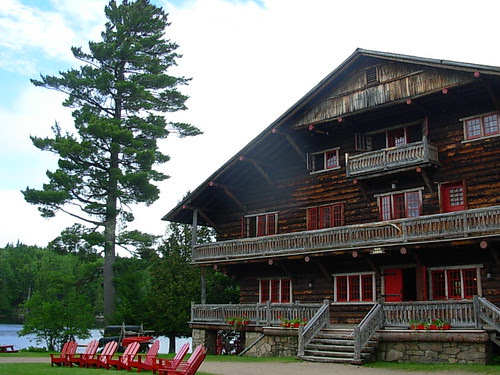 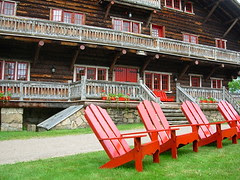 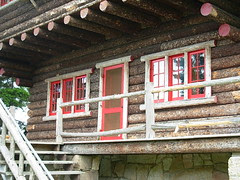 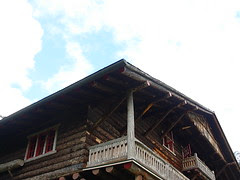 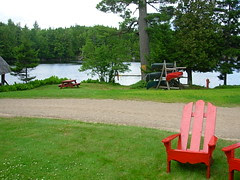 could photograph because of the paying guests.  Yes!  With enough dosh you too can stay here

like the Vanderbuilts or the Durants!  It ain't cheap but obviously, you get what you pay for.  The

fact that the tourist aren't allowed to photograph anywhere the guests might be is evidence of that!


The day before we toured Sagamore we did a little white water rafting on the Hudson River!

Sadly, I couldn't take the camera with me on the trip but I found another PBS video that perfectly

represents our experience.  I might be getting some pictures from another group who were in the

same boat as us later.  They had a waterproof camera with them and took my e-mail address, but

who knows if I'll ever hear from them.  You know how it is.  They were super nice and lots of fun

to hang out with after the trip though, so they might come through.  Half way through our trip we

- had a great catered dinner waiting for us!  Our guide - Frank - was informative, attentive and

very down to business.  I wouldn't say he was the friendliest guide and he didn't engage with us

as often as other guides have in the past but he was on top of things and knew his stuff.  I would

highly recommend Frank (last name?) for anybody who is a little scared of going down the river

as he does not mess around where safety is concerned.  We were the "clean up" boat being last

into the river.  None of our group were involuntarily ejected even though Frank (asking first)

steered us toward the most challenging parts of the river.  I think we made him proud! 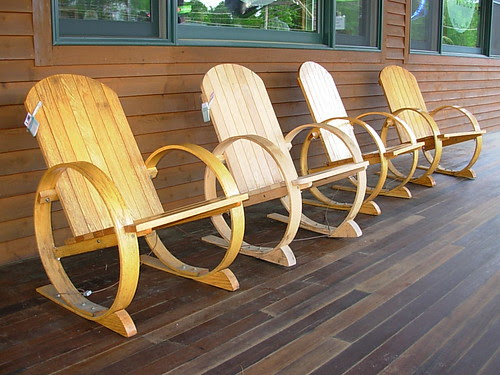 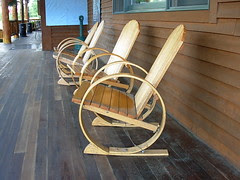 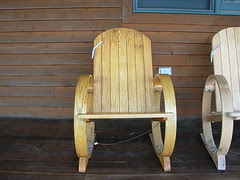 some chow.  We had been looking high and low all around here for a place that serves Trout,

and guess what...it's hard to find.  You'd think it would be EVERYWHERE!  Nope.  Not

around Lake George anyway.  But as we passed by this restaurant we decided to stop and

check the menu...since the place LOOKED like the kinda joint that would serve trout.  Then

I saw THESE!  Aren't these some good looking chairs?  Turns out they are made by a local

craftsman - John Stafford.  They are nice and comfy and have that bouncy rocker action that

is so much more fun than your standard Adirondack Chair.  I've already got a rocker in the

back of the car so...I think I've caught my limit. 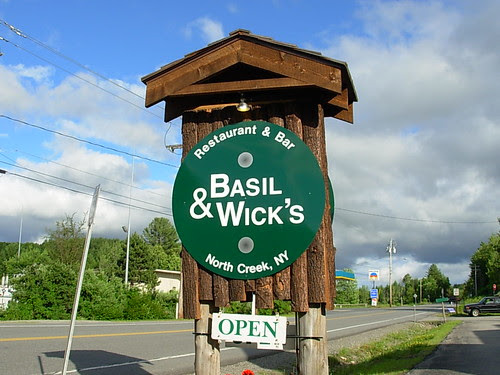 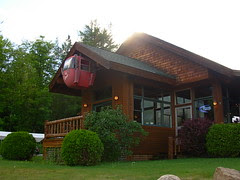 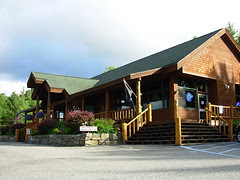 Speaking of catching your limit...the Trout here at Basil & Wick's was Super!  I had the

stuffed trout and the Girlfriend had the pecan encrusted trout.  Both were big winners!  BIG

Winners!  We were stuffed ourselves and happy as clams when we left.  And the inside of this

building is as, if not more, beautiful as the outside.  Finding this place was such a stroke of luck.

Heck, we might go back for one more meal before heading home!
Posted by Mr. Modtomic at 11:51 AM