Considering A Broyhill Brasilia Dining Set But Wishing It Was A Bit More Conservative? We Got You Covered! Nick And I Team Up Again! Status: Available! 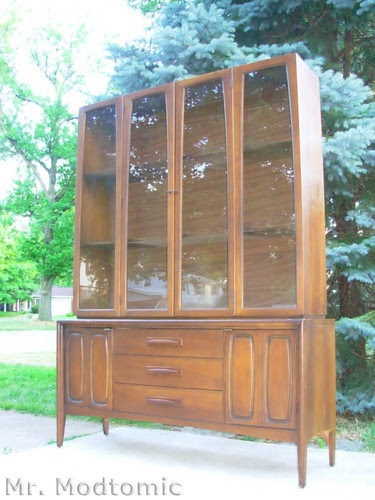 Nick called this morning with another opportunity to snatch up some Broyhill to flip for some "easy" dough.  He had mentioned the set earlier but it was at double the price and I just offered to give him some help moving it if he needed it.  He thought better of the purchase...until the price halved!  Then a lightbulb appeared above his head.

That's when he called me to see if he could strike a deal.  He didn't have room for all of the set

Suite at my pad.  We wen't halvsies on it and are gonna split the take when we sell it.  In the

mean time...I'm fostering this bad boy and Nick has the rest.  I got some shots of the rest before

we loaded it all up and I'll show it off tomorrow...if nothing else comes up! 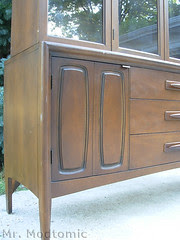 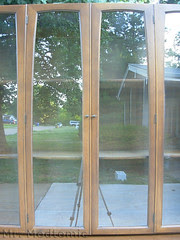 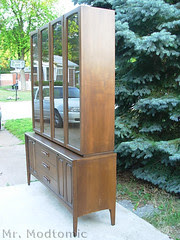 So I say "easy" dough 'cuz...well...it ain't.  Already we spent about an hour and a half just loading

into his cargo hold...on a very warm, sunny Sunday afternoon.  There was plenty of sweat equity

involved on this "pick"!  Then, I still had to get it unloaded and photographed!  Work work work 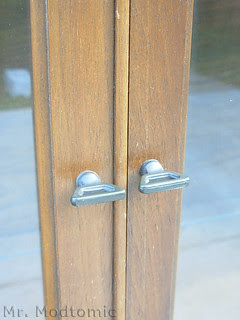 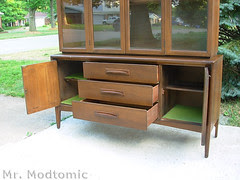 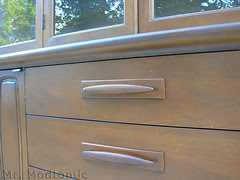 But anyway, ain't this a lovely china cabinet?! Much more subtle than that crazy Brazilia, right? I love

the crazy Brazilia but it ain't for everybody. This set has all the quality of the mid '60s Broyhill line

but won't frighten your In Laws. They might just give you a compliment (Gasp!) on your good taste 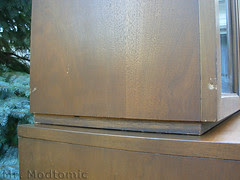 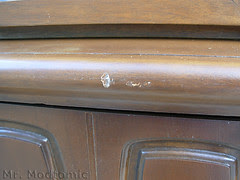 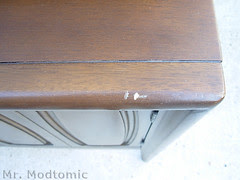 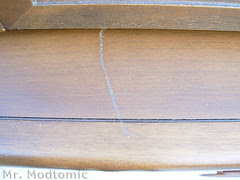 vintage. These pieces get moved around a lot in and out of small homes with tight corners. It

takes a LOT of care not to bump something. We were lucky in that the entire set was already

out in a garage when we showed up this afternoon. But somebody had to get it out there...and

I think that is when a couple of these minor dings happened. I haven't had a chance to much

more than clean the dust off but a lot of this will soon be cleaned up. I just wanted to show ya

what we will be making available soon. 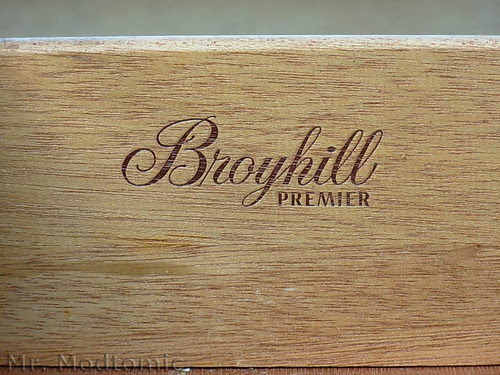