When In The New York Adirondacks Mr. Modtomic Stays At The King Hendrick Motel. Well, It's Where We Stayed For Our Week Long Visit Anyway. Status: Modtomic Approved! 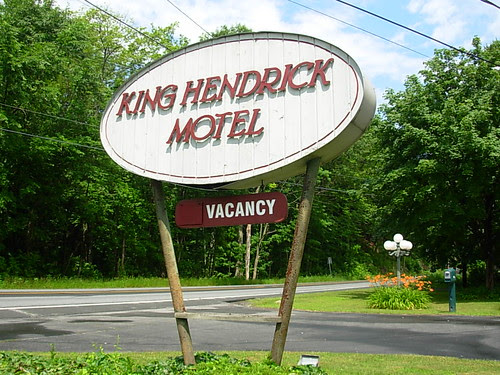 We drove all up and down the "strip" through Lake George and up north of town along route 9 but eventually decided to try the King Hendrick Motel out.  We got a little unattached cabin type room for the full week for $400.  I thought that was a deal.  Again, let me qualify this by saying that it is not a Pristine Holiday Inn Select or the like.  It is perfectly adequate for the somewhat adventurous traveler on a less than "price no object" budget. 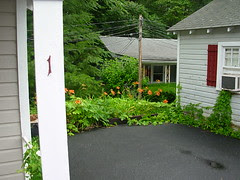 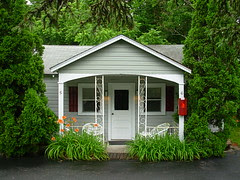 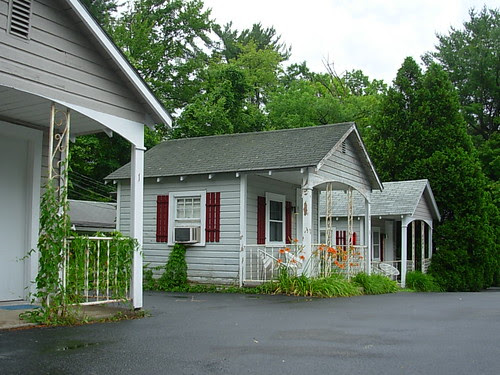 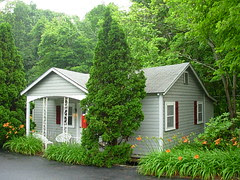 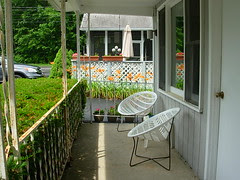 bed to rest our road weary backs.  We ALWAYS ask to see the room we'll be staying in when

staying anywhere but the most corporate hotels.  Sometimes even then.  It's a little bit

inconvenient but we have learned our lesson the hard way.  We took a quick look around Cabin

1 here and forked over the dough!  None of these pictures are of Cabin 1 since by the time I got

around to shooting the motel we had thoroughly made a mess of the place! 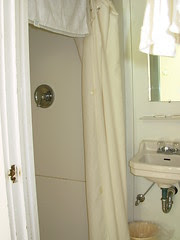 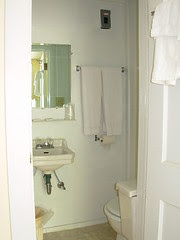 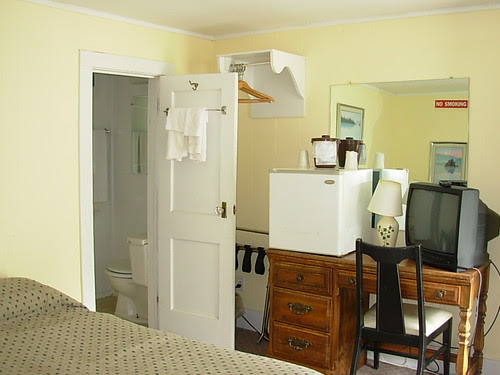 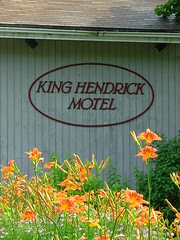 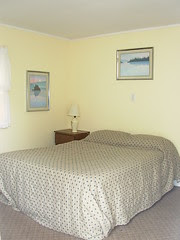 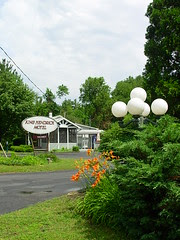 Oh yeah, we woke up every morning, left the bed a mess and towels all over the floor only to find

day of steamboating, horseback riding (yup, she got the Mr. on a horse...after something like 30

we left! - but they were taking care of business!  Turns out that a lot of these places are only open

in the summer time!  I guess that leads to a fair bit of ownership turnover.  The new owners of the

King Hendrick Motel seemed to have the enthusiasm to make it a success. 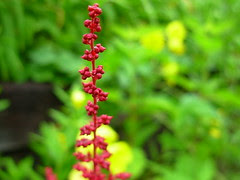 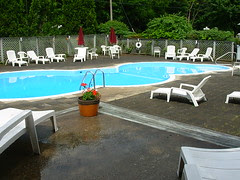 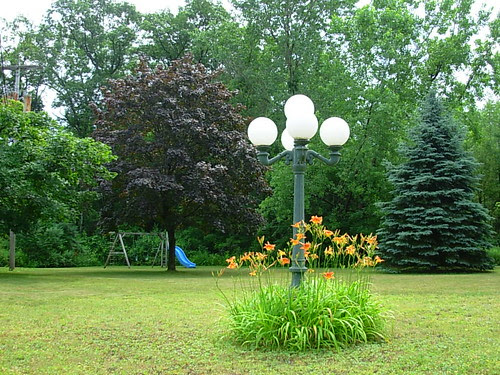 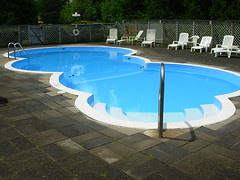 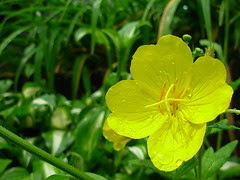 Cool looking pool!  We spent a good half day playing in it.  The owners seemed to take real pride

in the grounds surrounding the cabins and rooms.  There were so many opportunities to shoot

beautiful flowers and garden views that I probably could have done a posting JUST on that!  The

lawn was neatly mowed and the bushes were nicely trimmed.  All the lights on the lamp poles

work and there is a place for kids to be kids.  A yard probably nicer and better kept than most

of ours!  One thing I must qualify: we got a little bit of a break because they weren't quite ready

for us - no WiFi - and we struck a deal for staying a whole week from weekday to weekday, so

you might pay a little more for the same room.  The owners were super nice, exceptionally

reasonable and excited to be running a nifty little joint.  That bodes well for anybody adventurous

enough to stray off the beaten path and willing to try an independently owned / operated motel.
Posted by Mr. Modtomic at 1:31 AM