No Vintage Retro Goodies Today. C'mon! It's Christmas! And What Does Mr. Modtomic Do On Christmas Night? Ice Skating With The Girlfriend. Status: I'm So Effing Romantic! 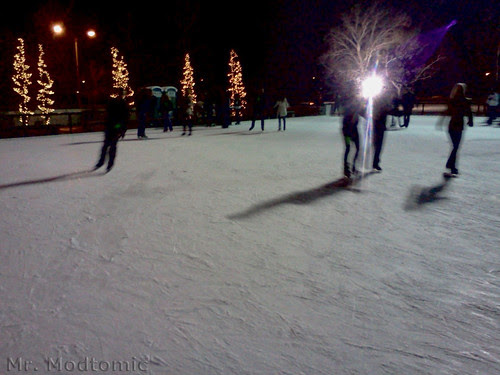 Just like in the movies!  We went Ice Skating on Christmas Night and it was great!  We got there kinda late but didn't stay 'til closing anyway.  It wasn't too cold and since we both have rollerblades we were fairly capable ice skaters right away.  The Girlfriend only fell once!

Too bad I didn't get that on video!  But (after a little prodding by the Girlfriend) I did

take some pics and video to share.  This was the first time we've ever been to the

Steinberg Ice Rink in Forest Park even though every year I've given thought going.

We skated hand in hand for about an hour and a half.  I know....awwwww!  For real

though, she had a death grip on my hand.  I'm just now getting feeling back!  She did fall

of about five or ten seconds.  Because she had me to counter the pull of gravity she

wasn't at all hurt but she did cover herself with the ice shavings that covered the surface.

We cleaned her up and she was good to go the rest of the evening. 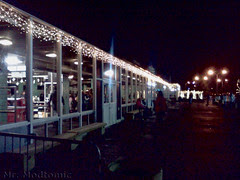 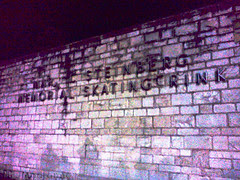 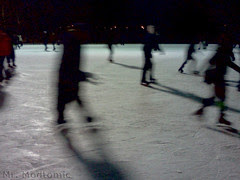 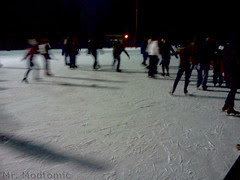 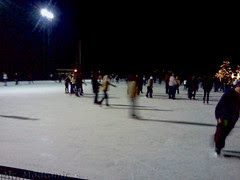 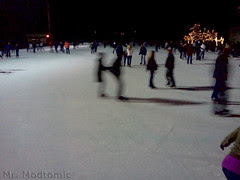 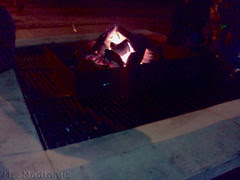 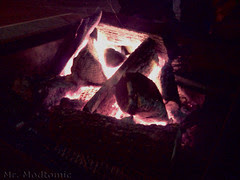 Yup, after all that chilly skating we had to hang out by the fire to warm up a little...and watch

the ambulance arrive to take the lady away who fell (really...really hard) in front of us. I

couldn't believe how many people were even AT the skate rink on Christmas Night. It was

fun though. It was a total last minute thing too. I was at the light near the entrance waiting for

a green when I realized where I was and how cool it would be to go. Que the "right on red"

and find a parking place!
Posted by Mr. Modtomic at 3:56 AM