Pulled All The Russel Wright (Whew...) And Dragged Out The Franciscan Trio. Status: Keepin' It Real. 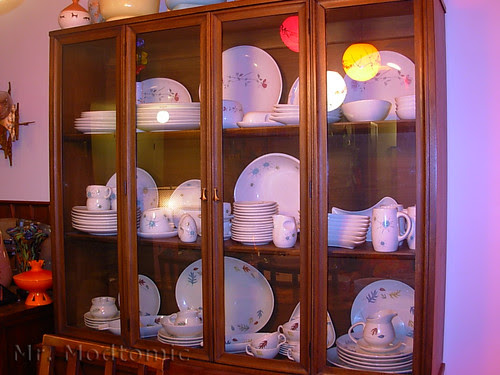 I got bored with all the Russel Wright in the china cabinet and since we're having a change of season, I thought it might be time to change up the display.  It's all Vintage Modern Franciscan now and for the time being.  I was surprised how much R.W. I had to put away!  I got LOTS. 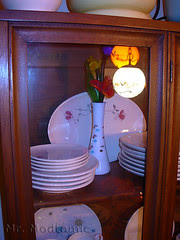 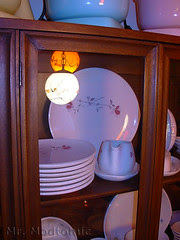 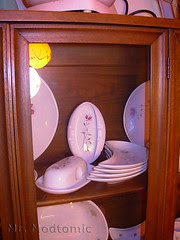 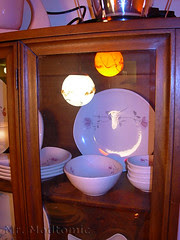 This is the top level. It's filled with Franciscan Duet. I've had this set available on my

craigslist ad for a while. I've even added extra dinner plates and (super bonus!) four

"eyebrow" side or salad plates. It's a great looking set that has already had some use

so it's not trailer queen display only material. I might miss it if it sells, but it's not like I

don't have plenty else to stuff up there in its place should it disappear. 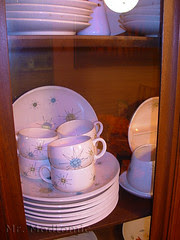 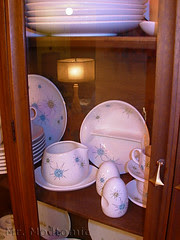 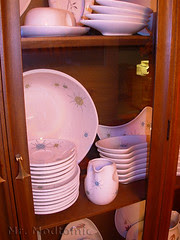 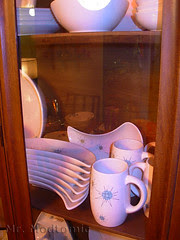 This set is the "crown jewel" of my dinnerware collection. My set of Franciscan Starburst

hasn't grown quickly but I still haven't dropped much scratch on it. I've got a full set of

eight pieces except for the "grand mugs". I doubt I'll be finding another set of four of those

sale on a set from eBay. Thus far only a few pieces of this have come from eBay including

the large salad bowl and I think a few of the "eyebrow" plates. 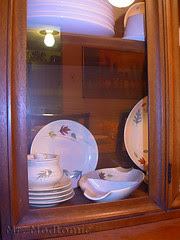 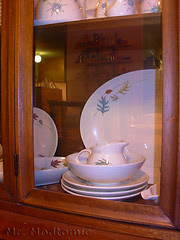 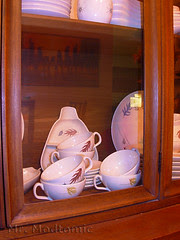 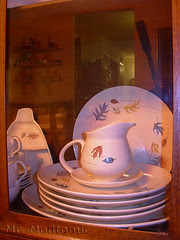 This set of Franciscan Autumn has also been steadily growing. I bought the original

55 coming back from New Orleans a number of years ago. I fully envisioned selling it

since I got it for a song, but it really wormed its way into my heart. It's not expensive to

collect but it's not easy to find either. If one wanted to build a nice set of Autumn they

could easily do so utilizing eBay and not have to get a home equity loan to do so.
Posted by Mr. Modtomic at 4:02 AM