I Picked Up A Beautiful Kent Coffey "Foreteller" Bedroom Set This Afternoon. I Bet It Could See Me Coming A Mile Away. Status: C'mon...Foreteller? Get It? 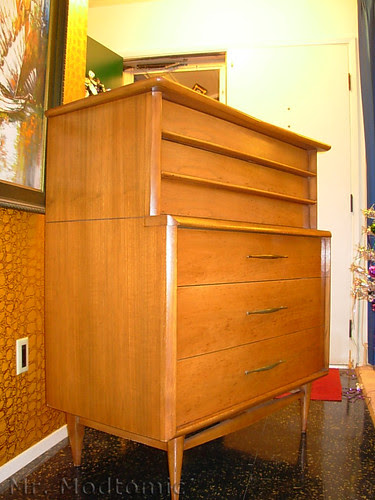 Finally!  Vintage Modern stuff getting blogged about again!  Did you miss it as much as I?  Well this is a Big Set to make up for lost time.  I spotted this set on craigslist a few days ago just listed as a "bedroom set" but was surprised to find it a complete Kent Coffey "the Foreteller" bedroom set with TWO nightstands! 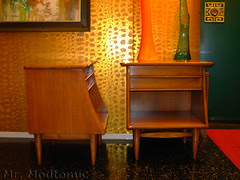 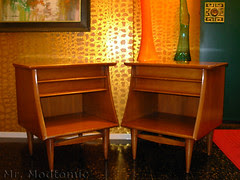 kind of a big deal. I know it was a pain finding a pair of nightstands for our Broyhill

Brasilia bedroom set. I actually drove to Chicago to buy one of our nightstands (and a

queen bed) to complete our bedroom set. Am I the only one this crazy? I see lots and

EXACTLY like this available on St. Louis craigslist with only a single nightstand right

now!). I can understand if there isn't room for a pair but I crave symmetry. I feel like 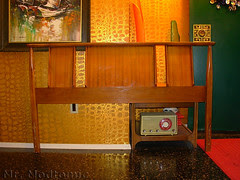 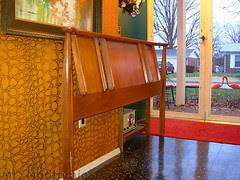 The headboard (no footboard was available) is intended for a Full Size bed, but at 58"

from tip to tip along the top it is only two inches shy of 60"...the size of a Queen Size bed.

bed. It would only be one inch shy on each side and it is such a great looking headboard. 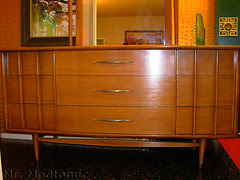 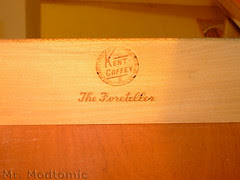 along the outside, through to the drawers in the middle and on to the other outside drawers.

That is some sweet attention to detail if you ask me. It's not a detail that everybody would

notice, much less care about yet the Kent Coffey company thought it was important enough

to include in the aesthetic design of this Nine Drawer dresser. 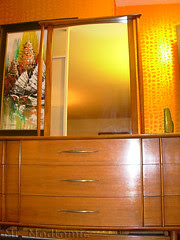 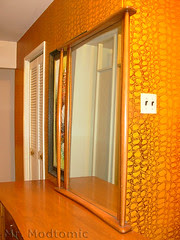 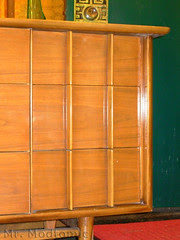 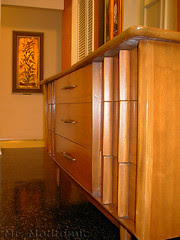 There is a beautiful mirror that attaches to the top of the Nine Drawer dresser. Kent

mirrors for there bedroom sets. The side drawer's handles ad a nice detail to an otherwise 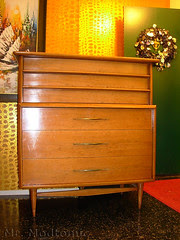 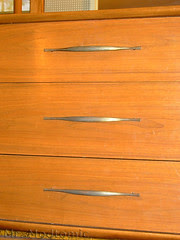 Also included in the set was a tall Five Drawer dresser. Look at those beautifully sculpted

pulls. Lovely aren't they? I was surprised to find this set was still available as I didn't see

the ad right away. Then, it was one of those situations where one person placed the ad for

a relative who didn't have internet access. So I didn't get a reply directly but missed a

phone call from the actual seller. Then I e-mailed through the ad again thinking maybe my

first e-mail might have gone to their spam. They replied saying that the actual seller had

called me and left a message. Ah...then I checked my messages and sure enough, they

had. So after about four days I was finally able to get over to see the set today! Two car

trips later it's sitting in front of my camera and waiting for me to post it in my craigslist ads!

I even told the seller that I would be reselling it myself if I could. He was fine with that and

just happy to have it out of his garage!
Posted by Mr. Modtomic at 1:55 AM