I Took A Little Roadtrip This Morning To Columbia Mo. To Pick Up Something Cool But Stopped And Shopped A Few Antique Malls Along The Way. Status: Extra Goodies. 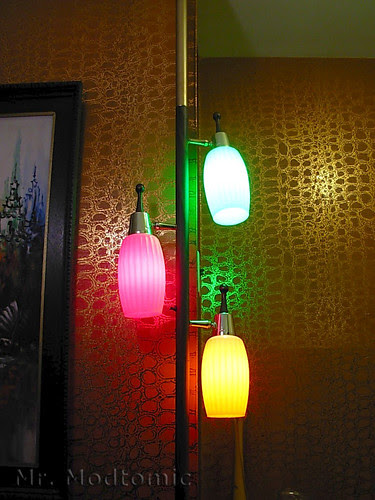 I went on a little craigslist snatching roadtrip this morning after seeing an ad late last night (really, early this morning...wait...yesterday morning...this gets so confusing). Anyway, the ad was for something good (no, not the pole lamp!) for really cheap. I thought for sure that would already be gone but the seller got back to me right away. So off I went this morning!

I'll share the craigslist booty when I can get good pictures of it, probably tomorrow. I got

home too late to pull it out of Frank and take pics. Sucks that it gets dark just a couple short

hours after I get out of bed these days! 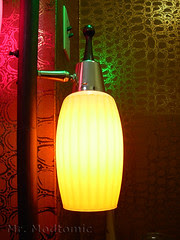 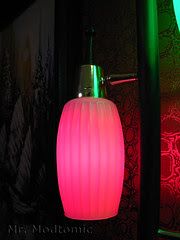 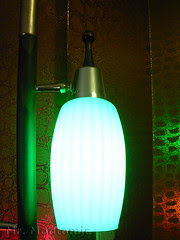 I haven't had much of a chance to hit the antique malls out near Mid Missouri in a while. They

have some pretty sizable malls out there. I spent a good couple hours in each of the two I hit.

I was surprised by how much Vintage Modern there was available in them. I picked this Pole

Lamp up in the Veranda Antique Mall. I don't know how long this one has been here but I've

never been in it before. I was going to take pics of the mall but I planned on hitting another

and needed to save my batteries. Sorry. 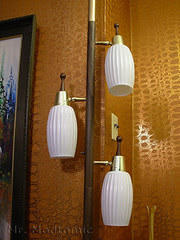 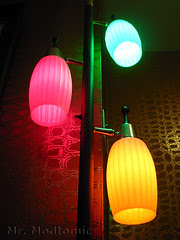 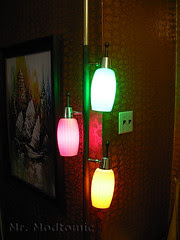 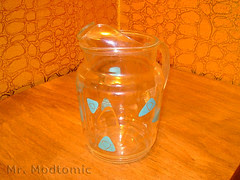 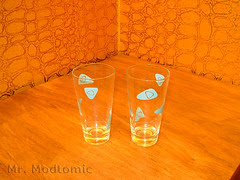 This was priced very reasonably and in a booth that was having a 20% off sale! Lucky me. I

screwed some colored comp. flo. bulbs in and am trying to figure out where to place it. It

looks great. There were plenty more cool items to be had there. I spotted a nice set of Oneida

had these Federal "amoeba" glasses and pitcher. I didn't pick up the Oneida but I recommend

checking the place out if you are driving highway 70 near Columbia mo. 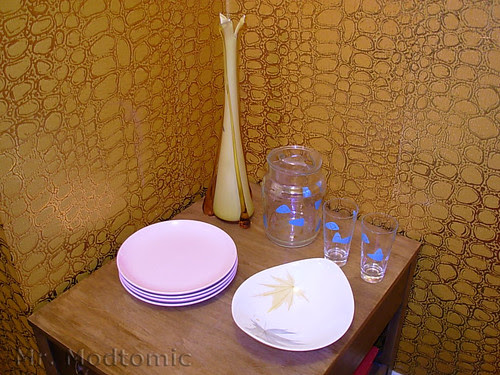 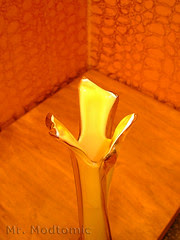 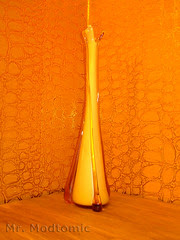 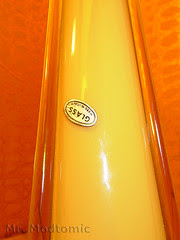 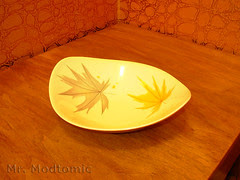 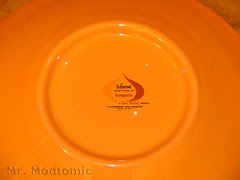 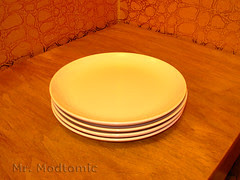 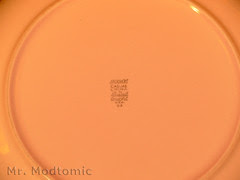 photos taken at their business. No free advertising for them. Sucks too, cuz some of the booth

owners had some amazing pieces that were just too expensive for me to bring home. I did

manage to find some bargains though. I'm adding this nice "swung" glass vase to my growing

collection. I don't often look for these as I just don't trust my instincts for being able to tell a

vintage piece from a newer piece. I just end up buying what attracts my eye and seems

cheap! The pink Iroquois Russel Wright plates were cheap enough to buy for daily use. As

a matter of fact, they already have some utensil marks. Finding a Ben Seibel Harvest Time

bowl was just a nice bonus!  Dana, looks like I'm totally turning into you!
Posted by Mr. Modtomic at 3:29 AM