This Killer GE Granville Console Stereo Was Also Procured From The Sale Down The Street. I Was The ONLY Bidder. Status: Cheap? You Betcha! 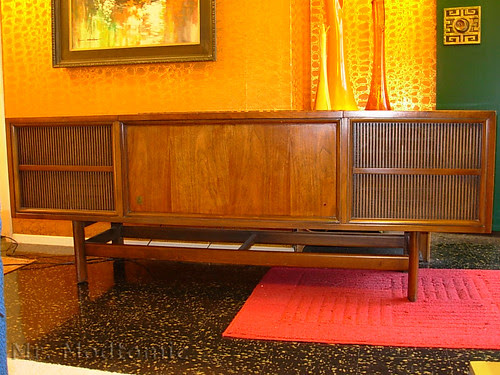 
Outwardly it is nearly flawless. At least for a 45+ year old console unit! But...inside something

is amiss. I tested it before bidding and while it does come to life, there is no sound. Gotta work

on that. Also the turntable wasn't bolted down. Somebody's been "in there" already me thinks.

Eh, whatever. It's solid state so it should be easy to fix and if I can't, well...I can always pull

the old electronics and install a more modern unit. 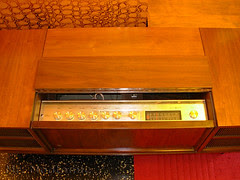 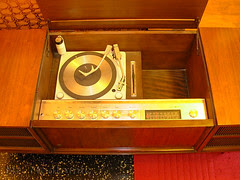 This danish style unit has to be the LOWEST of the long and low consoles that I've had.

It almost has the shape of a blanket chest like you might have at the end of your bed.

they are made of real wood and have separate woofers, tweeters, etc., they should sound

amazing once I get it all up and running again. 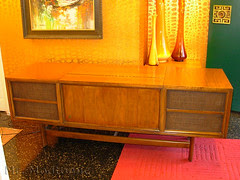 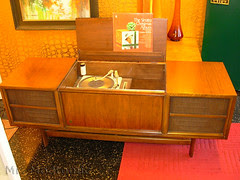 that record? Lift it all up. Then...since that lid is up and your playing those records, you can 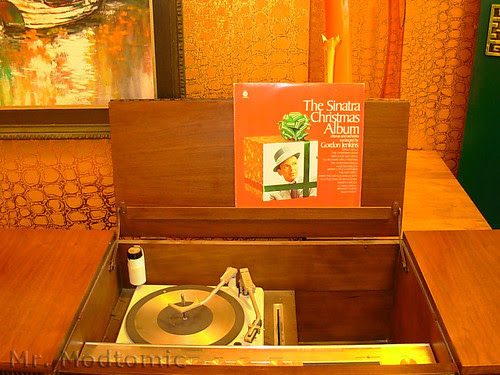