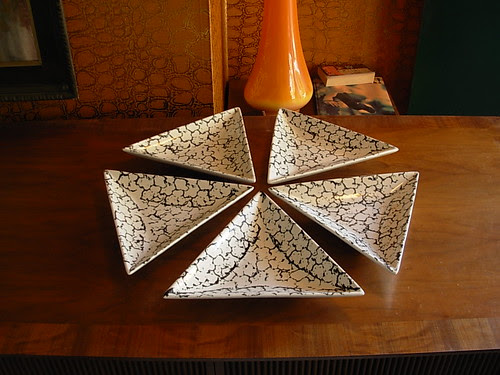 Dag, that's a pretty cool picture...if I do say so myself!

Doesn't every Mid Century pad need a place to drop the keys, another to put your

earrings in, another to uh, keep your change in, yet another to...mmmmm....let's 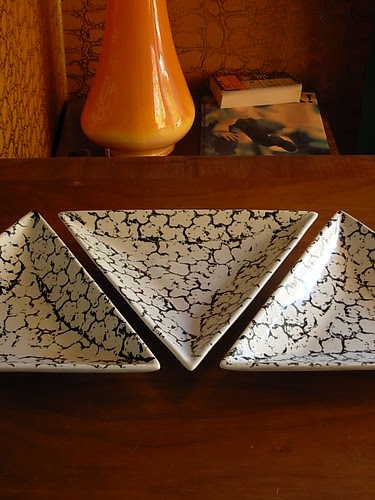 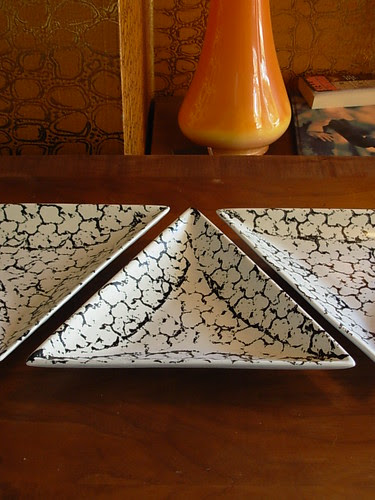 that I featured a few days ago. It's a great shop to find smalls like these. I'm not

entirely sure how these plates were intended to be used originally. Probably

exactly as stated above. Keys, candy, whatnot. They definitely aren't ashtrays.

Too bad, they make great ashtrays if they had the cig. holder. Maybe you could

serve Sushi on them! 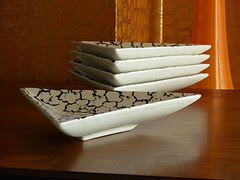 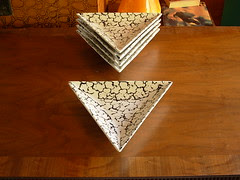 I wonder if there were originally six total. Maybe as part of a Lazy Susan. Sporting

the classic white and "chrome" web accent, they are super classy. Anybody know

what this kind of finish is actually called? Anybody take a ceramics class? 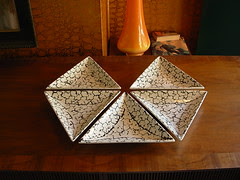 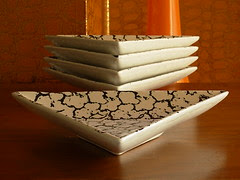