Another Cool Desk Has Come My Way. This One is by Lane. Got it Via Trade. Status: Available. 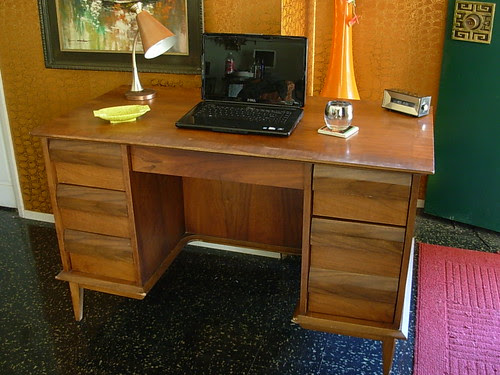 Ain't it a beaut? It cost me something I didn't really want to part with though. 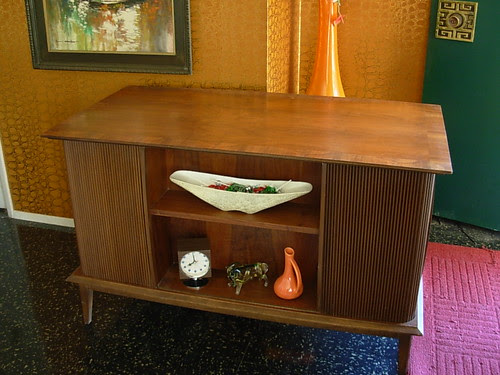 How cool is this? The "Back" has two Tambour doors that cover the corners where you can hide your Gin (or Vodka, if you aren't Old School) for the Martinis. Gin and Vermouth in one Cubby. Shaker, Olives or Onions and Glasses in the other! 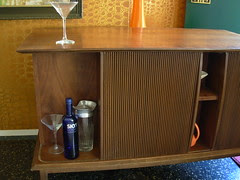 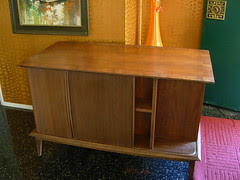 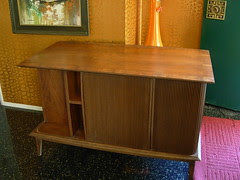 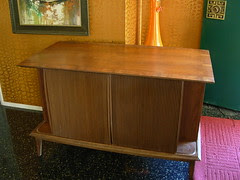 Yeah, the "back" is what makes this desk special. Unfortunately a lot of people don't have the kind of space to "Place" a desk like this so as to show it off properly. It would be such a shame to push it up against a wall. 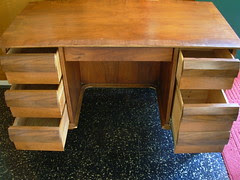 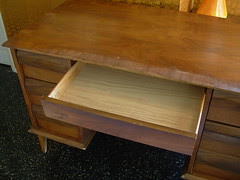 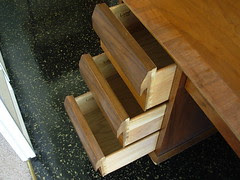 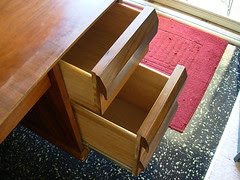 pics was available. I've never tried or wanted to sell it. I've gotten TONS of

inquiries concerning it though! I kinda thought I might reupholster it some day. The

vinyl was in pretty good shape but it has some issues here and there. From just a

few feet away it looks Great! And it was hard to show those spots in a photo. So a

few people even came by to look at it. I've tried to dissuade all of them but the

former owner of this Lane desk was pretty adamant. In the end we decided to

trade an even swap. Now I have a hole where the sofa used to be! I have another

free up a some space in there. But then, this will go in there until I can find a new

home for it...so as far as the Garage is concerned, for the short term, it's a wash.

just don't know exactly what it's called!)?
Posted by Mr. Modtomic at 3:46 AM