I'm in the middle of trying to ID this cool little side table when I accidentally ID the Belleville Flea Mkt. Chair! Status: Half Full or Half Empty - You Decide! 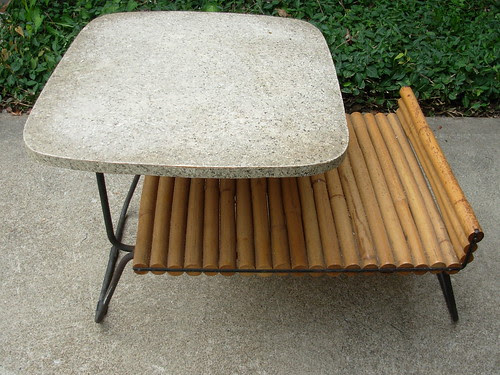 I bought this at Steve's Antiques over the summer. I had seen it there languishing in the back for quite a while and finally realized that it just needed to come home with me. 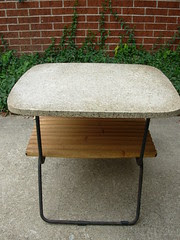 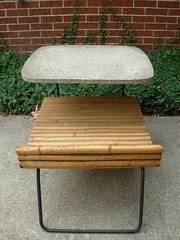 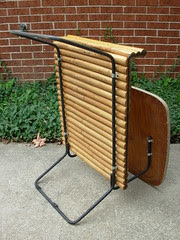 next. From observation I get the notion that it was originally painted a light cream

color. The Wood has a nice grain so I'm thinking about staining and finishing it. I

think it looks like an Arthur Umanoff piece but I've been fooled before. I thought

the same thing about my (former) Dorothy Schindele desk. 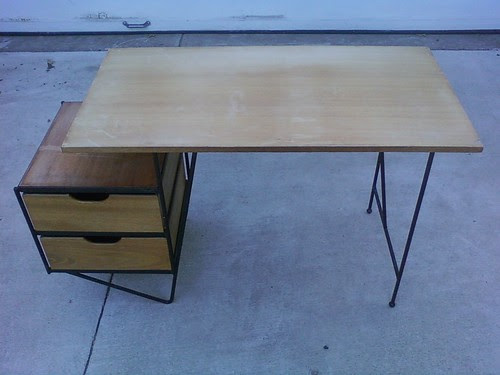 It took me about two days of "off and on" searching to figure out who designed it.

My first thought was Mr. McCobb...then Umanoff...when they didn't pan out I just

sorta' randomly found a pic of another desk just like it. I usually end up finding

what I need through these thin threads of similarity. Google Image search is

Speaking of Google Image search, while trying to ID the table above I found out 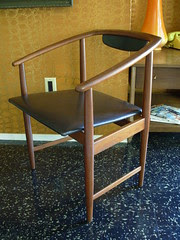 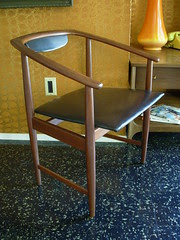 Turns out, according to the author of paulmccobb.blogspot (whom I am not a fan

of for other reasons(EDIT! Please Read Comments Below!), namely his impertinent behavior on my flickr page) this is a

MacDougal manufactured by Winchendon Furniture". So I guess I have to give the

author props for this info. It's just that I've seen his comments on several sites

on some sort of mission from God to correct everybody's wrong ideas. I generally

have no time for that kind of behavior. Enough ranting. I may be totally wrong

about the guy. Anyway, I'm sure there is at least one person out there who thinks