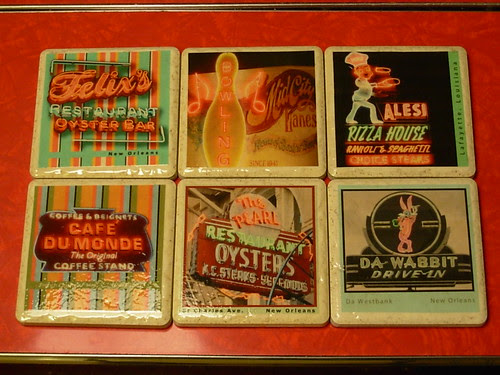 I usually stroll through the French Market in New Orleans just to do the "touristy" thing and maybe pick up a T-shirt or two, some sunglasses and a new wallet.

vintage. It's almost all just the same stuff you'll find in all the hundreds of tourist

shops in the French Quarter. But! Once in a while you find a Diamond in the 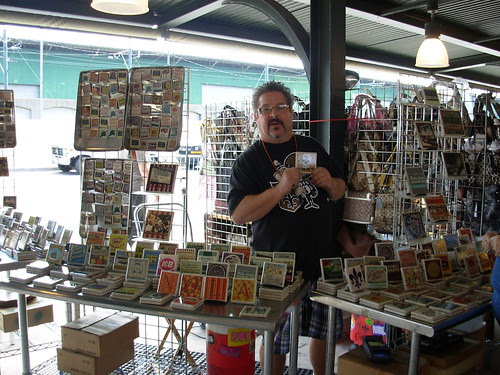 This guy, David, was peddling these little Gems! We got to talking and it turns out

his girlfriend takes the pictures then they make these Coasters in their studio, Milk

Studio. Cool huh?! I bought a set of six picking out some neat Neon Signage

images from New Orleans and the surrounding area. After making my purchase

and having a pleasant conversation with David, we continued perusing the market

other booths. I guess these other vendors noticed how cool these were and

wanted to get in on some of that action! 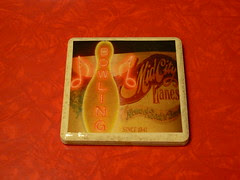 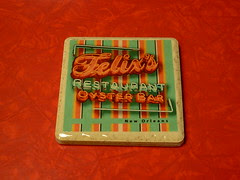 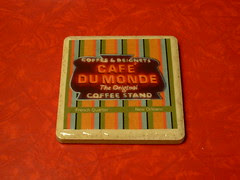 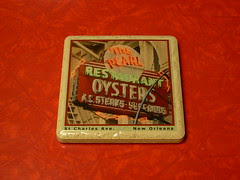 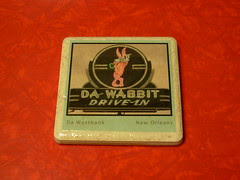 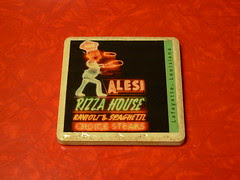 As an "It Really Is A Small World" aside, I was having dinner downtown here in St.

Louis at a new joint on 10th Street at Washington Ave. called Stefano's when a

conversation about New Orleans came up. Turns out the server, Laura, had lived

there in the recent past. She showed me a cool shirt with a screenprint of an

image of a N. O. water meter cover on it. I mentioned having bought some

talking about as well as the guy, David, selling them! They were good friends!

Well, since St. Louis is New Orleans' sister city, I guess it shouldn't be such a

Bonus; here are some more pics of the French Market. In case ya can't get down

there any time soon! 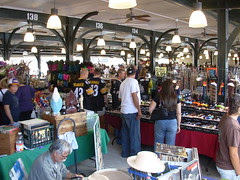 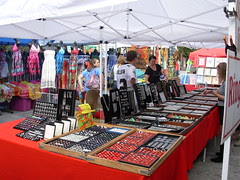 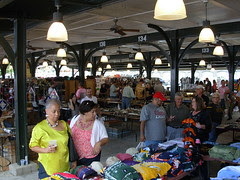 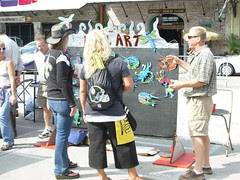 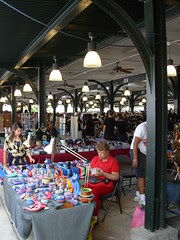 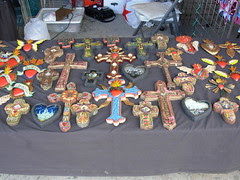 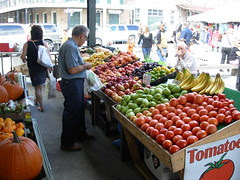