No, They Aren't Knoll Cesca Chairs By Marcel Breuer...But They Pack The Same Style...And They Are Made In Italy! I Just Got 'Em In And They're Already In The Booth At Creve Coeur. Status: Available! 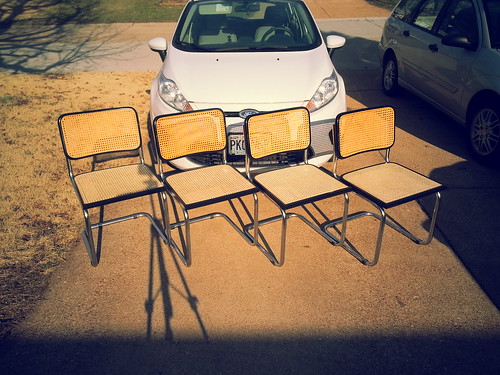 I don't have a table set up with these in the booth (307) yet but I just had to go ahead and drop them off.  You see, FOUR big items left my space over the weekend and I had something of a void to fill! 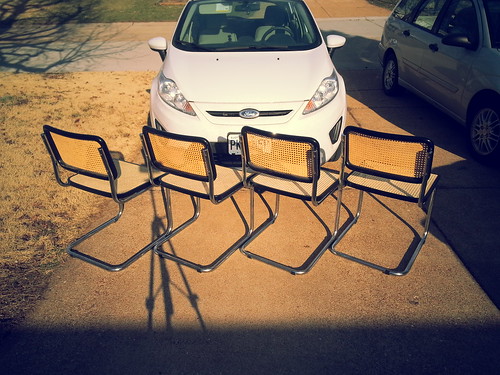 Oh how I was wishin' these were Knoll.  I didn't know much about the chairs when I spotted them on

doing the research I shoulda done long ago.  They might not be the genuine article but they've got the

devilish good looks of the original. 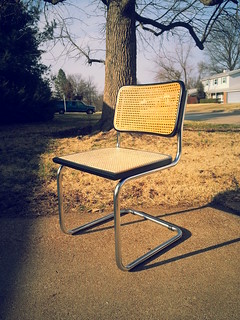 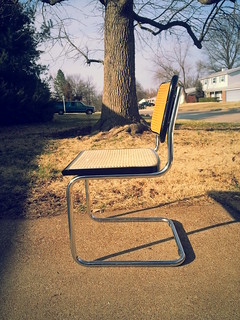 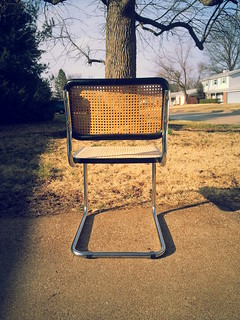 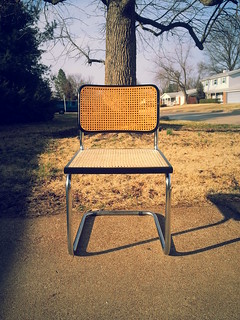 become numb to how simple and lovely they really are.  Classic really is the best word for them.  It

was designed in the 1920s by Marcel Breuer and named after his daughter Francesca.  Turns out I've 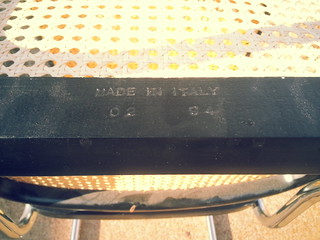 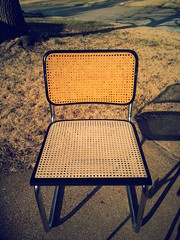 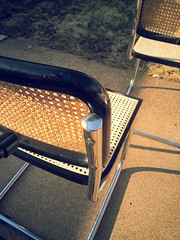 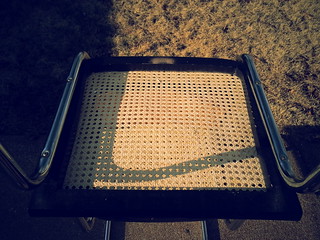 (as apposed to simple pressed in end caps).  There are probably other subtle differences but alas, I

don't have a Knoll to compare these to.  Not being Knoll is a mixed bag.  I'd have loved to have been

able to offer real Knoll chairs but at least I won't have to ask $200 each for these.  Not everybody

wants to spend Knoll money on a set of dining chairs!
Posted by Mr. Modtomic at 3:10 AM