Yesterday I Was A Little Late In Getting My Post Up...Sorry, I Was Wiped Out When I Got Home From Work. Right After Getting That Post Up I Jumped In The Car And Drove Through Some Mad Rain Storms To Pick Up These Beauties! Status: Available. 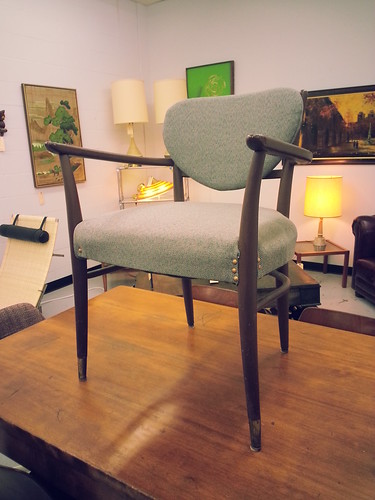 I only had time to photograph one of these chair but I picked up Three.  They've been recently re-upholstered but they've also been painted.  Brown.  Too bad that, but if they don't move quick I might bring 'em home, sand 'em down and shoot them with Satin Black. 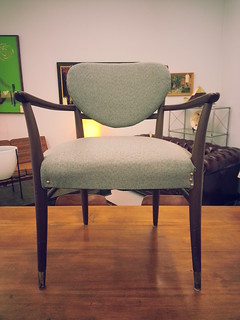 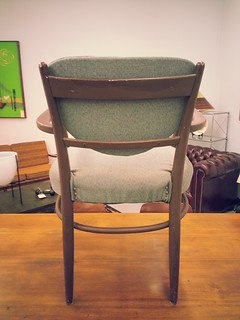 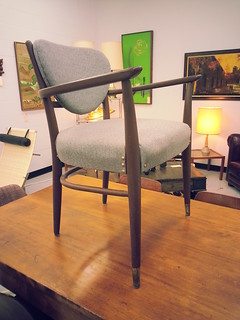 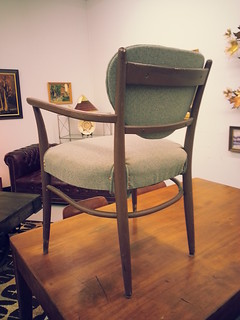 When I spotted the set on craigslist the first thing that came to mind was Finn Juhl.  They definitely

aren't by said designer but they're certainly of the style.  They came in a set of Three...sarcasm one

of my favorite numbers /sarcasm.  I'm compensating by dropping a pair of them off in my booth at

The Antique Mall Of Creve Coeur and keeping one here at home, for now.  I might drop the Third off

at The Green Shag and see how that goes. 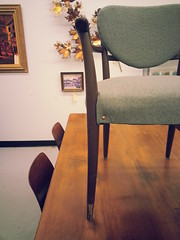 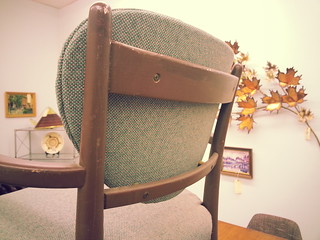 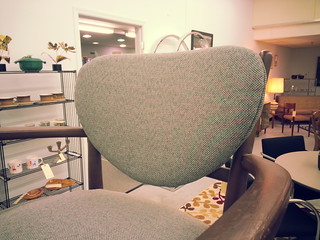 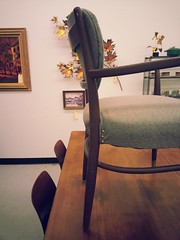 I showed Jeff (Swift, our upholstery genius) a pic and he thought they looked like a Thonet product

but I couldn't confirm that either.  I'm kinda loving the sculpted arcs of the legs and the chairs are

very comfy.  The former owner re-upholstered them herself.  Did a pretty good job of it too.  Better

I'm sure than I'd be able to do!  I got 'em priced for a quick flip, for now...but if they hang around for

any time at all I'll pull 'em out and get to work on making them just a little more attractive.  Then the

price'll have to go up, obviously!
Posted by Mr. Modtomic at 4:17 AM