::Shrug:: I Don't Know....I Just Couldn't Leave It Behind! Is It A Paper Weight? Trench Art? A Vintage Toy? Maybe A Workshop Project? I Just Don't Know, But This Little WWI Tank Really Got Me. Status: Cute? 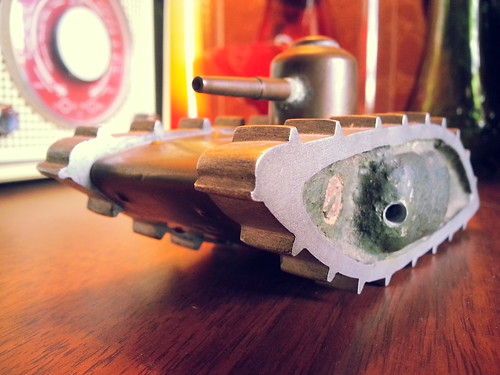 Can "cute" be used to describe a little toy tank?  These things were the terror of World War One!  But c'mon...look at this little guy.  He ain't trying to hurt nobody!  I found him at the Goodwill and just had to bring him home. 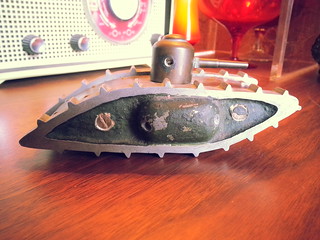 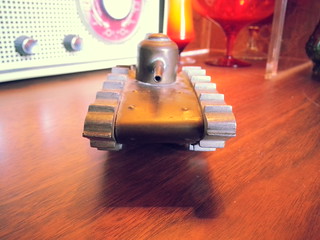 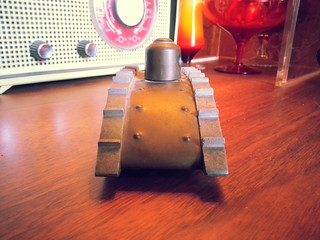 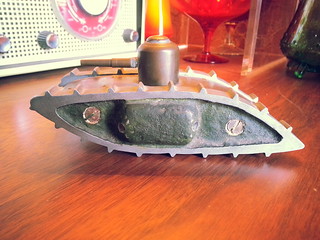 I've looked all over the web for another like this and came up empty handed.  I tried all kinds of

search terms and nothing really worked.  I have no idea what the story behind this might be.  Part of it

looks hand made, like the copper wrapped wood body and copper turret and gun barrel.  Then there

of this being hand made.  All I know, it's old. 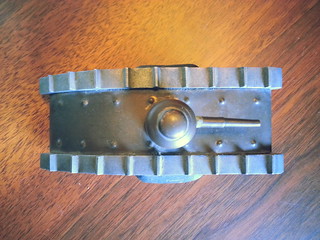 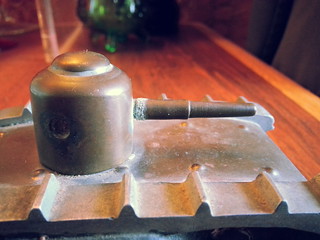 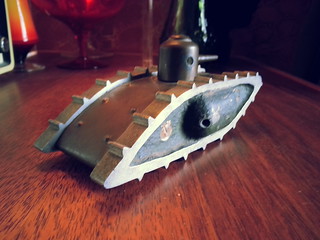 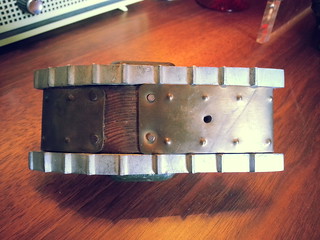 bottom that looks like it had a screw in it at some time.  Could this have been mounted on top of a

like much of a toy.  There are other toy tanks out there that I have seen on the web, but they usually

have moving treads or wheels to make them a bit more mobile and therefore, fun.  This doesn't look

like it'd be much fun...but it certainly is interesting!
Posted by Mr. Modtomic at 2:12 AM