It's Freakin' Amazing How Much Cool Stuff TFA Has Packed Into Thier South Side Shop Right Now. Just Hanging Out In This Shop Gives Me Both A Shiver Of Excitement As Well As A Bit Of A Head Ache. Status: Overwhelming! 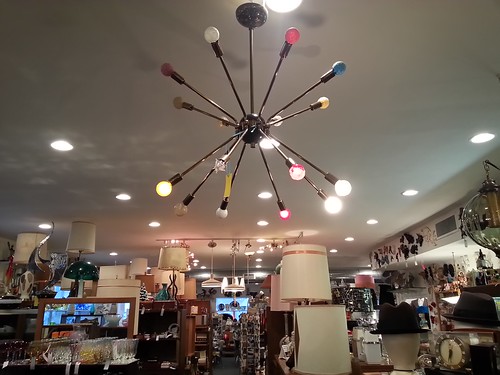 When I stopped by The Future Antiques about a week ago I took a bunch of pics.  I featured a number of them last week concerning the large number of Broyhill pieces, but I took more pics than that! 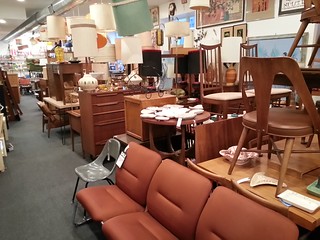 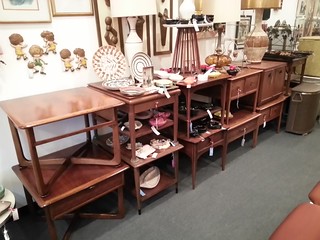 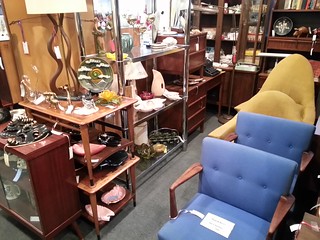 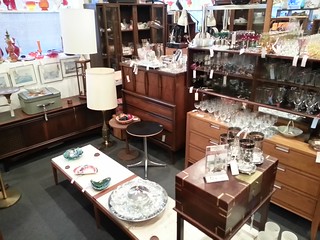 Whether you know your designers or could care less, you'll find yourself surrounded by temptation

here.  There were a just killer pair of Adrian Pearsall scoop chairs waiting to be tagged by the counter

table in the next pic.  But you don't have to be drawn to the big names to find your bliss. 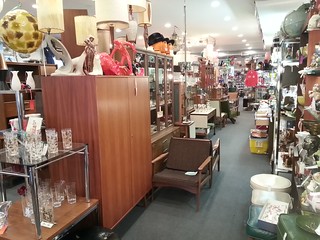 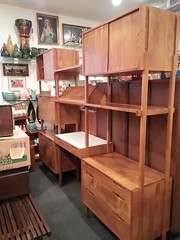 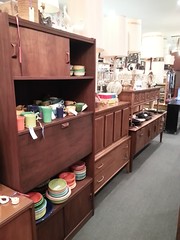 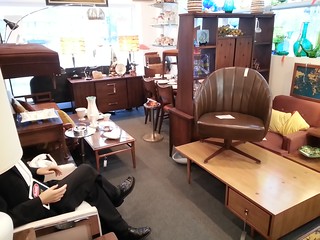 I don't think there's a bigger selection of Vintage Modern anywhere in the St. Louis area.  It's kinda

crazy how much TFA has managed to procure.  They've had to stack stuff on top of stuff!  And not

everything is high end, you'll find some moderately priced items in here too.  Even Mr. Cheapo

(yours truly!) bought a couple of things here the day these pics were taken. 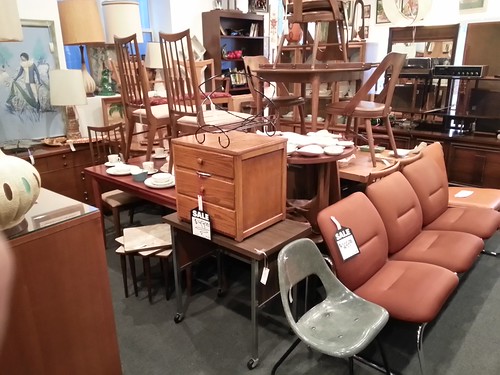 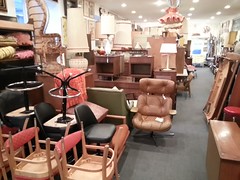 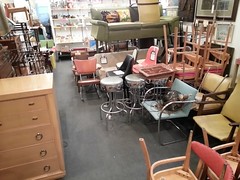 Back here in the back there's a whole clearance section where you'll find the real bargains.  Plus, as

full as the place is at the moment (kinda looks like a better organized version of our living room!), the

proprietors might be willing to bargain a little more!
Posted by Mr. Modtomic at 3:03 AM