I Made A Trip To The South Side Of St. Louis To Look At A Lane Perception Dresser That Turned Out To Be A Fail, But Got To Stop By TFA...And Actually Bought Something! Status: Project Time! 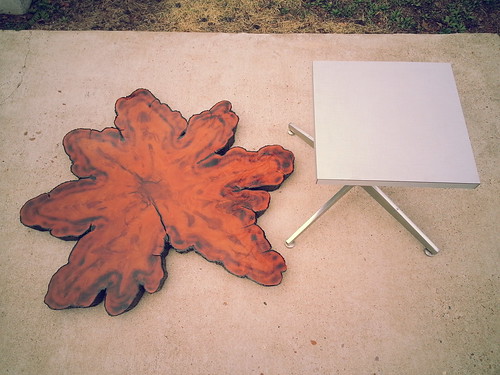 Yeeeup, I'm makin' another Cypress top table!  I picked up a great little (weirdly little) table at The Future Antiques retro shop that has a neat top and a fantastic base.  But the top and base don't really go scale wise...right?  So a new top is in order.  Just so happens.... 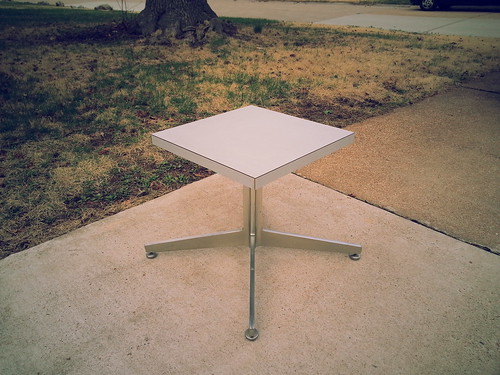 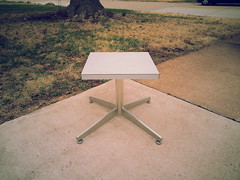 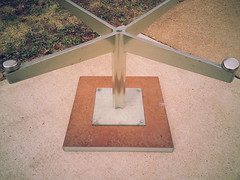 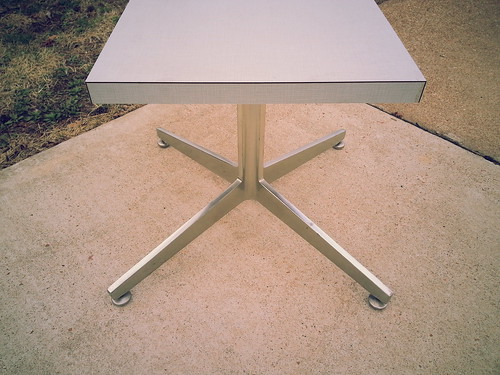 I'm guessing that this was created as a TV table.  It's top is only big enough for maybe a 29" fatback

TV and I can't think of anything else this might have been built for.  Who still has a fatback TV?  So,

off comes that top (to be used in another project later!) leaving us with a beautiful aluminum 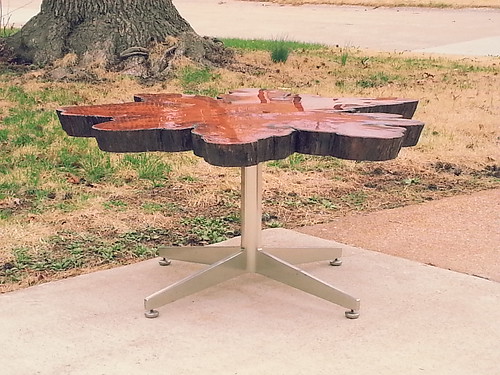 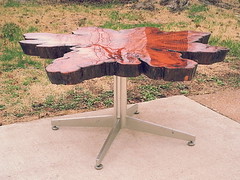 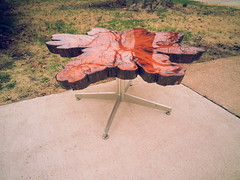 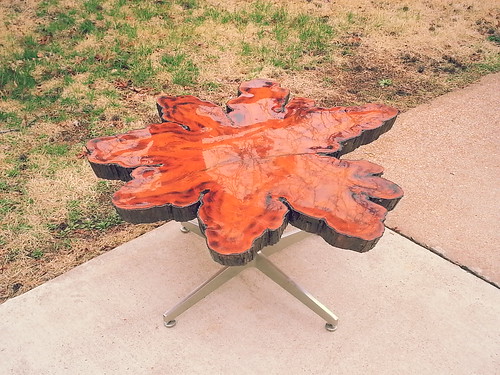 And what better top for a strongly structural base than a big dark orange / brown fried egg?  This is

another of the Cypress tops that I picked up a few months ago (I've still got TWO more!).  They

really look good together don't they, just like the other I built recently.  I would have dropped this off

today, but that got put off until later today.  Maybe tomorrow.  We'll see.
Posted by Mr. Modtomic at 7:20 PM

Email ThisBlogThis!Share to TwitterShare to FacebookShare to Pinterest
Labels: Before and After, Green Shag Market, Table