The Girlfriend Is Much More Into String Art Like This Than I, But This Large Piece Struck Me. It's Not A Common Subject Or Style. It's The '70s Fiber Art Aesthetic That Gets Me. Status: Getting Tagged. 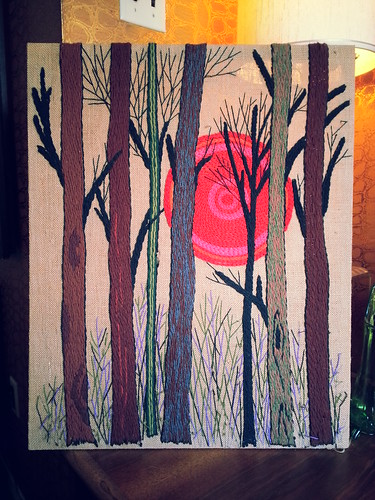 This is a pretty rad piece of burlap if I do say so myself.  Someone took a lot of time and effort to sew all these threads into it.  Too bad they didn't put a signature on it. 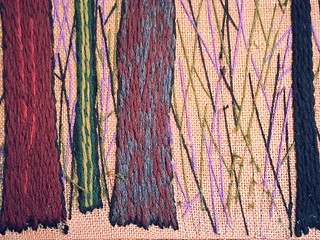 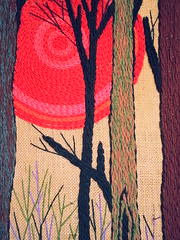 I'm sure that this was just someone's pass time, but they really created a beautiful piece of art.  It's

almost shameful that it's not framed!  Less shameful is that it ended up at the Goodwill since that

meant that I had the option to pick it up and find it a new home. 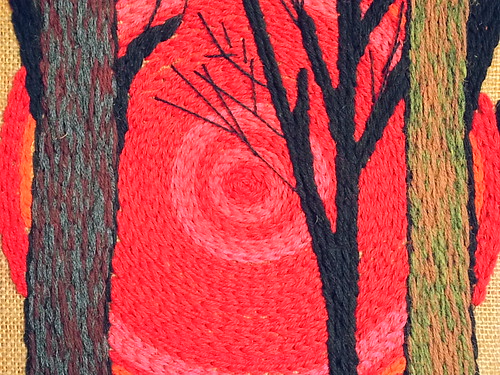 The colors in this piece are much more vibrant than in the others I've found.  Seems like the pallet

used in most of these was of that late '60s kitchen appliance genre.  Lots of Ochres, Avocados, Olives

and Browns.  This thing fairly radiates with color, and in stark contrast to the burlap on which it's 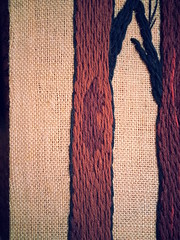 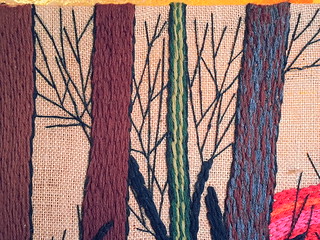 there to utilize.  I made a to do list while at work the other night and on it was getting together a bunch of

I've got plenty of shelves out there now.  Hopefully I'll have some time and energy this weekend to

cross that off.  Having a bunch of space with little filling it looks a little silly.
Posted by Mr. Modtomic at 2:38 AM