I Don't Get Out To The Other Shops Around Town Often Enough. I Stopped In At The Future Antiques A Few Days Ago And Was Surprised By All The Beautiful Broyhill. Status: Amazed! 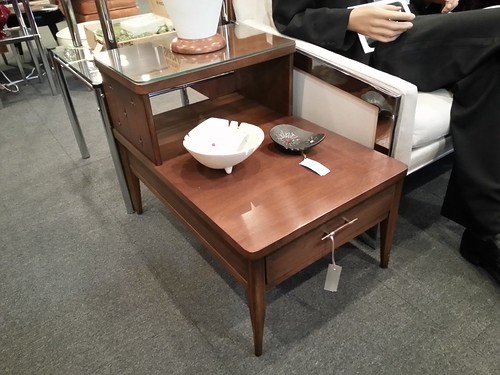 Everybody here knows that Brasilia is Mr. Modtomic's favorite Broyhill Premier line...but TFA only had one piece in house at the time I was there.  They certainly didn't lack for other lines to make up for it!  Sculptra, Saga and even a couple of pieces of Forward 70 were well represented. 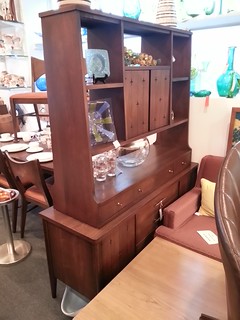 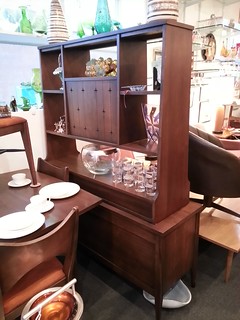 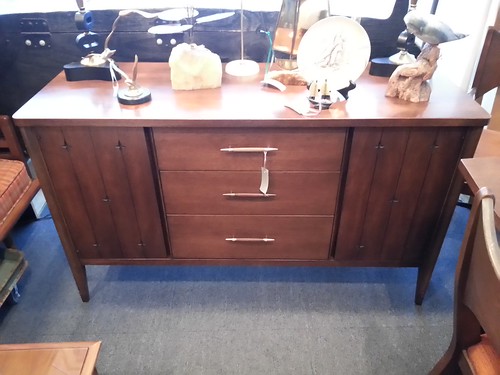 There were several full dining suits in the Saga line.  You don't normally find this many pieces of

Saga...anywhere.  It kinda made me wonder if maybe they had found some secret stash or something.

Nope, just got a couple of good buy outs.  Right now the joint is rife with the Broyhill. 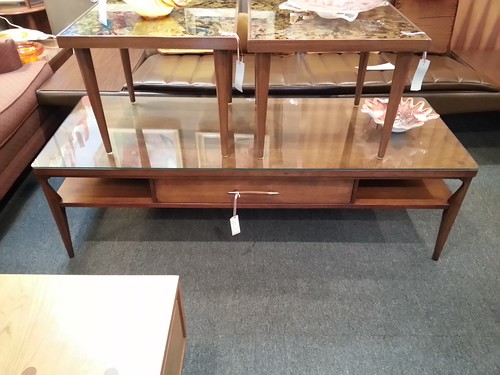 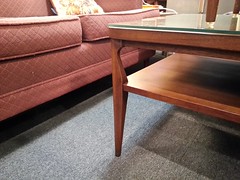 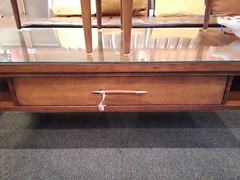 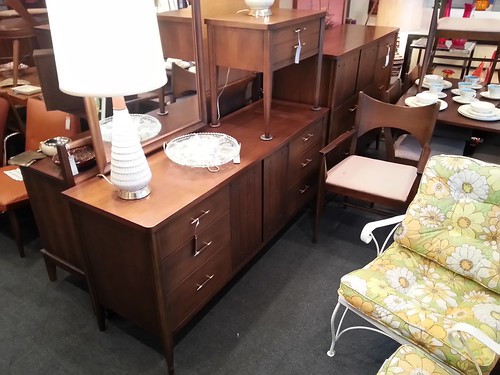 I didn't pay it too much mind until I noticed the Saga living room tables.  I've never seen coffee or

end tables from the Saga line before.  I'm betting that many of you have never seen them before

either.  I felt it was maybe a good idea to document them while I had the chance.  They had a pair of

end tables, a corner table and a coffee table with a drawer. 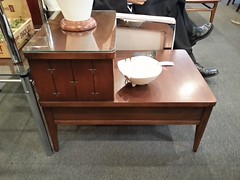 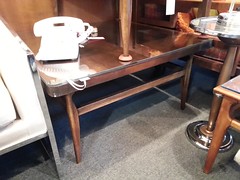 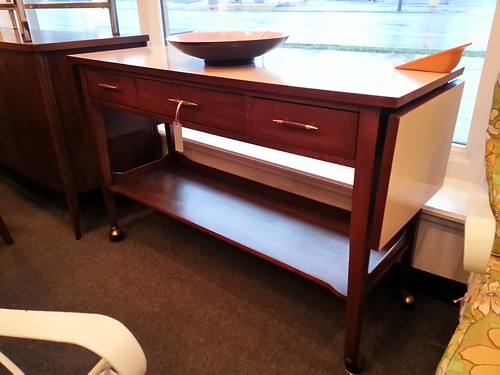 One other piece they had that I'd never come across before was a Saga server.  I really wish I had

brochures for all the different lines and pieces available.  The only servers I had even seen before

these were the Brasilia servers.  Granted, I've never looked for any in the other lines...but I've seen

plenty of the Brasilia line on craigslist. 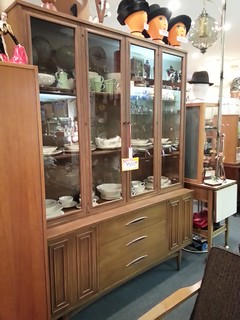 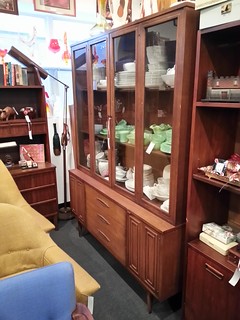 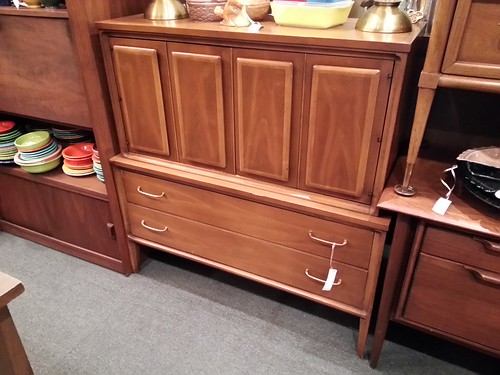 There were only two pieces of the Forward 70 line, but that's at least one more than I've seen

anywhere else...well, except at an estate sale a few years ago.  Still, it's a pretty rare sighting.  Have 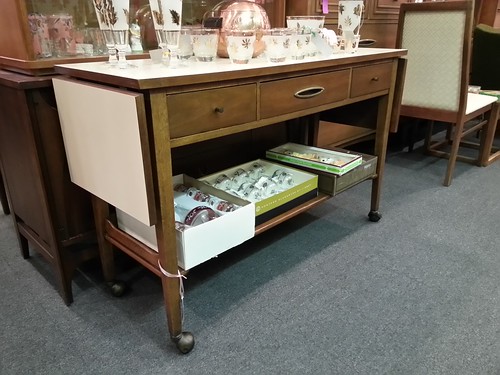 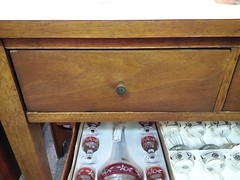 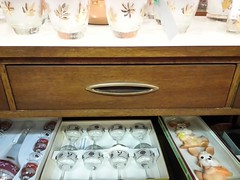 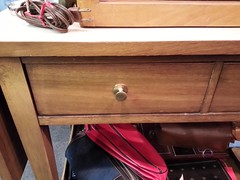 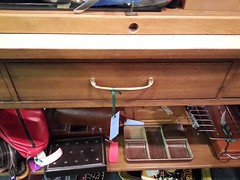 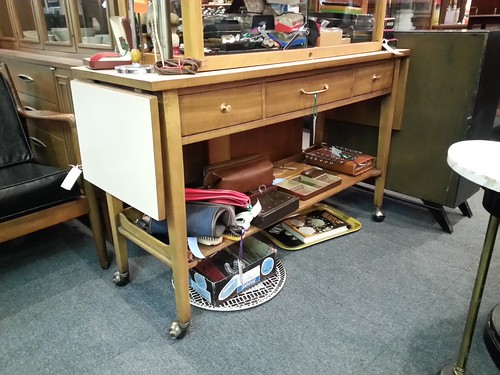 much Brasilia.  Of course, there's lots of other good stuff at The Future Antiques...there always is.

shopping.  Even if you don't leave with something you'll still be amazed by the enormous and

overwhelming selection of good stuff.
Posted by Mr. Modtomic at 2:38 AM