I Took A Little Time Out Of Our Day To Stop By The Ivey - Selkirk Modernism Auction Preview This Afternoon. Status: Swoon...Sigh...My Oh My. 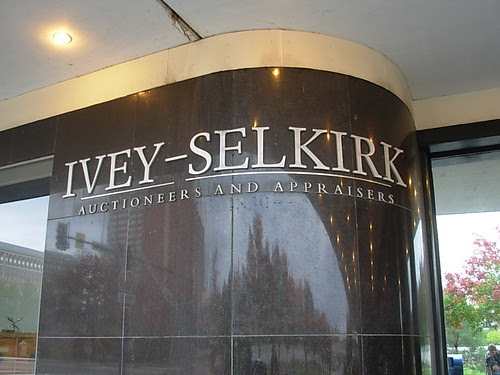 For years (yes really YEARS!) I've been trying to get to an Ivey - Selkirk Modernism auction. Not really to buy since I've always assumed everything will sell for much more than I'd ever hope for, but to just SEE this stuff and learn more about it and how an auction like this goes down. Truth is...I've always been intimidated by the whole deal. 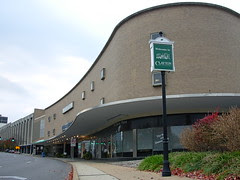 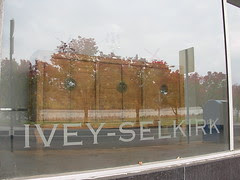 everything...everything but actually going to the sale. Well, intimidated I am no more! This

over in St. Charles on Saturday. Then again minutes later when we were in the car headed

to an antique mall. Seems like the Gods were being a little less than subtle. "GO TO THE 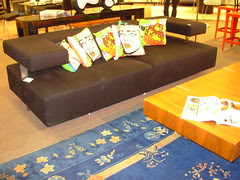 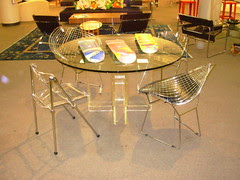 Then it occurred to me that I could to a blog post of the Preview and serve a public purpose!

That sealed it. Not only would I get to see some really neat stuff (TONS of great artwork!),

but get a blog post out of it as well??? Sold. So after we hung out with friends this early

auction house. I asked at the front desk if it was OK to shoot photos and got the "go ahead".

have an embarrassing encounter later. Still, I always seem to get a concerned employee

inquiry before I wrap up whether at an estate sale or thrift store. It's all good. It gives me an

opportunity to tell another person about my blog! 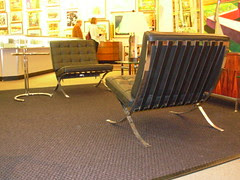 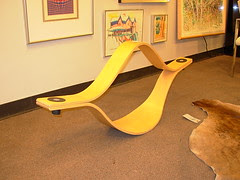 delight!) to look around and take pics. Sorry for the less than stellar quality of the pics. I

side. It's amazing how much time it can take me to set the tripod at the right height and get

just the right angle on the subject. Then I try to be very courteous of anybody who might be

wandering into frame. Not everybody wants to have their likeness on the web. Sometimes it 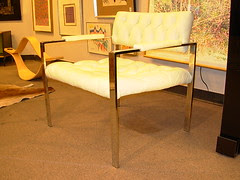 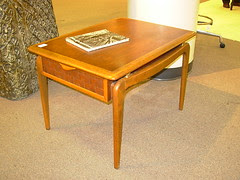 about. It's good that Ivey - Selkirk puts out a catalog with the sale to help people like me who

have just enough knowledge to get themselves into some trouble. 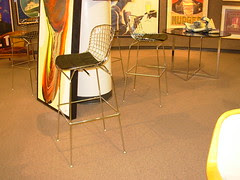 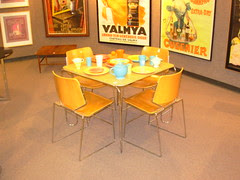 I was also surprised by the auction house itself. I was always under the impression that this

would take place in a warehouse with concrete floors. I'm not sure were that idea came from.

auctions I've seen on TV. Did you check out the outside of the building? Pretty cool! What a

perfect place to buy some Vintage Modern morsels for your digs! 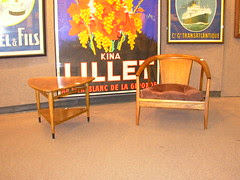 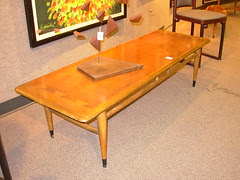 See what I mean. These tables are just your run of the mill Lane Acclaim living room tables.

The finish on the three sided end table is pretty bad too. Yet here they are in with Marcel

Breuer Wassily chairs! Love it. Something for any budget it would seem. I guess it's up to

who's bidding though, right. It is an auction and one never knows. Maybe a buyer or two from

these madly! I'm planning on going if only to see what things sell for...and maybe see if I can

sneak a bid or two in on this and that. 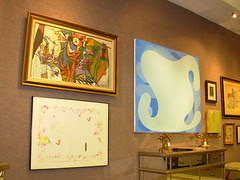 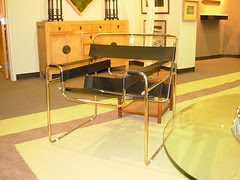 So this is only Part 1 of a 3 part posting on the Ivey Selkirk Modernism auction preview. Tune

in tomorrow and the next to see more. I just had too many photos to cram all into one posting!

I hope to see lots of Modtomitrists (you guys) out there. If you recognize me (or if you think