About A Year And A Half Ago I Picked Up A Big Set Of Brasilia From A Thrift Store In East St. Louis. This Time Just A Sanyo 8 Track. Status: Not Quite A Score On The Same Scale. 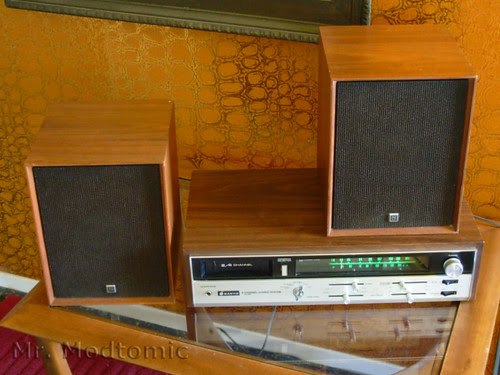 It's still a pretty cool score but it's no huge load of Brasilia!  I've been wanting to get back over to this thrift on the East Side ever since I got that set.  I was sure that there would always be something worth picking up any time I could get by.  It's just that sorta place.  You know what I mean?

w/ottoman over in Granite City last week. I made the drop before work and since I wanted to

be sure that I had plenty of time I ended up being left with a bit of extra time. The shop was

sorta on the way into work so I just had to take the time to stop by. 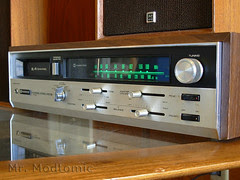 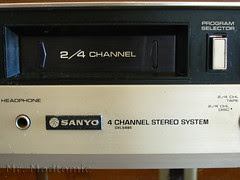 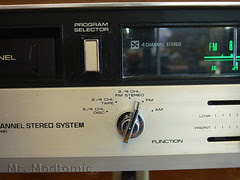 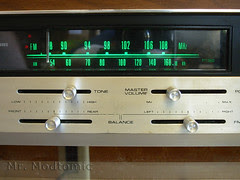 alone recorder / player. I do seem to have an affinity for them though. Plus these always seem

to have some sorta weird quadraphonic style circuitry that was a precursor to surround sound.

This Sanyo DXL5485 is no exception. I was messing around with it and plugged in a set of

speakers to the wrong outputs and the sound was all weird. Then when I plugged the speakers

the "problem" was just the "4 Channel Stereo" effect without the other two channels. 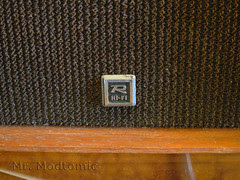 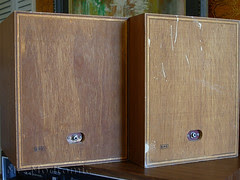 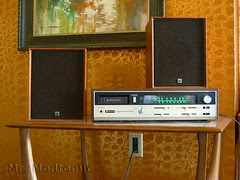 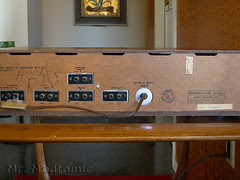 There are a few features that I must find on one of these vintage units before I'll buy it. There

just about any source into the stereo you like. You can play your Handheld device, PC, CD or

even a Reel To Reel if you are feeling adventurous and really retro! Oh, and the speakers don't

really go with the Sanyo. They are Realistic by Radioshack, but they were right there on

another shelf and look pretty cool so I grabbed them too! No idea what model or power rating 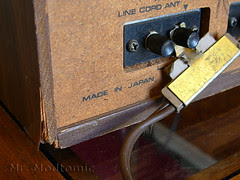 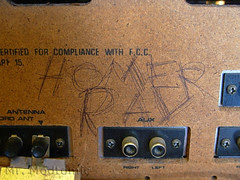 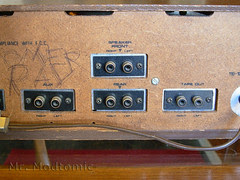 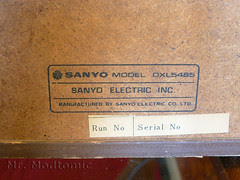 Yeah, I know...no phono. Can't win them all! It's still pretty cool and it sounds good. With 80

watts it's got enough power to be heard over any party I might ever hope to have! I guess that

channels. I couldn't get the 8 track to play but when there is a tape inserted I could hear the