Stuff I Had Just Layin' Round But Is Gone Now. Zenith Console Stereo With Cool Louvered Doors. Status: Gone But Not Forgotten 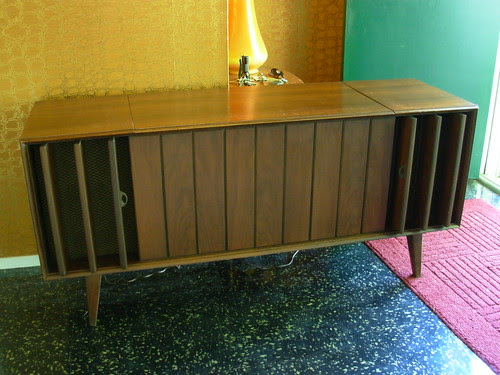 Ain't this about one of the coolest console stereos you've ever seen?  It all worked perfectly too.  Stereo, turntable and line in inputs.  You could run your ipod or whatever into this tube driven beast and really warm up that digital playlist.  This was a quick and unexpected craigslist flip. 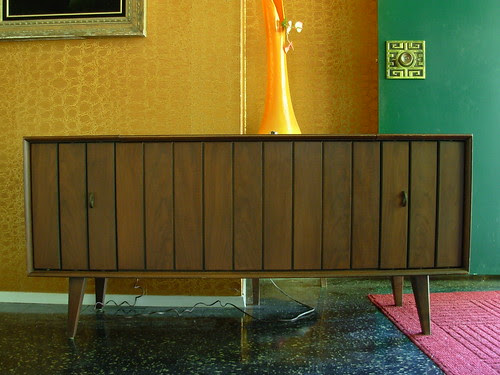 This was all about a year and a half ago. I was trolling around on craigslist as I am wont

to do when I happened upon yet another ad with a poorly lit picture. The ad was for a

console stereo and I'm always interested in such items. The pic was blurry and dark but it

looked like it might be a clean modern design. The ad was only a few hours old and it was

only about a mile away. It couldn't hurt to take a look. 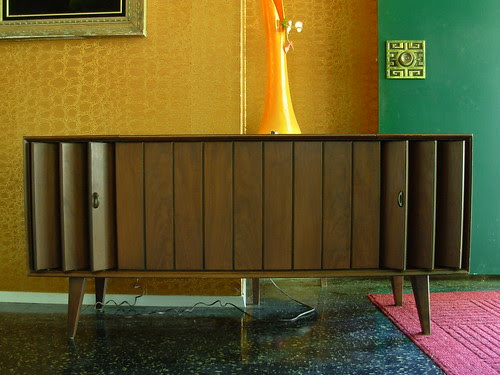 indeed. The entire unit was in great shape and only needed a little cleaning with some

Murphy Oil Soap and all the electronics worked as they should. I brought the unit home

and stuffed it into the garage where it stayed for about a week. 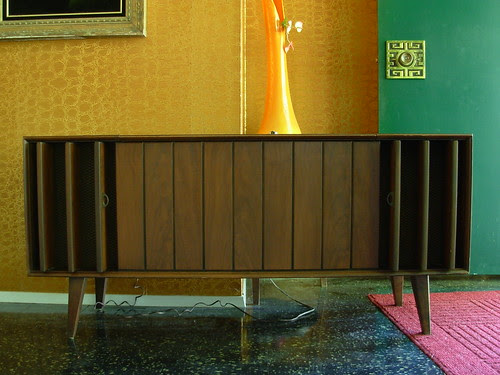 in the Garage to allow them to see the pieces. Since I had to move this back out of the

some pics of it for when / if I posted it on craigslist. 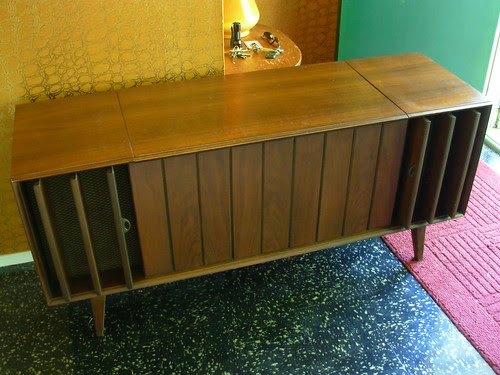 console stereo (freshly cleaned up!) and were in love. The had to have it. I'm glad that

hadn't taken it off my hands when they did. You see, I get more attached to items when

I get them for a ridiculous song AND they are really nice. Like my Bertoia chairs. I'll

never sell them. I got them all at too good a price. I'll never get those kinda deals again! 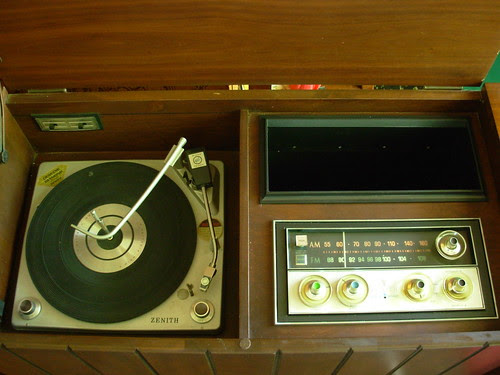 So instead of taking home a couple pieces of Brasilia, this ended up in the back of their vehicle.

I got pics from them when they got home. They took the time to visit some of the other shops

around town and bought some stuff from them as well. I always try to promote the other shops

when I have a buyer come from out of town. It can't hurt to show folks that this lil' town can be

a sort of "destination" for a little shopping weekend. I hope they are still enjoying the console

and if you are the lucky owner of this unit leave a comment and say hi!
Posted by Mr. Modtomic at 2:07 AM