One Of The MANY Advantages Of Being On The Mr. Modtomic Blogging Team Is Having Your Available Wares Pimped Out To The MILLIONS (OK, Hundreds) Of Loyal Readers Here. It Helps That We're All In The Same Antique Mall; The Green Shag Market! Status: The Rounds. 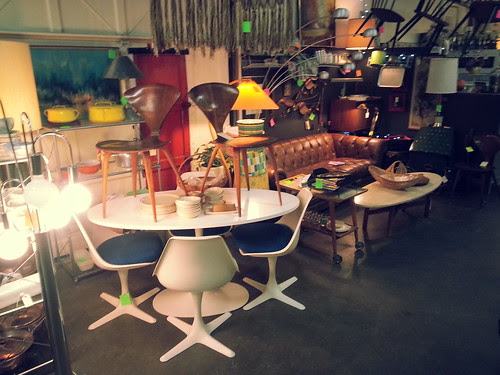 Yup, rent's due.  Had to get by both antique malls today to empty my pockets and check last month's take.  Not too shabby, BTW (thank you everybody who picked up a lil something from the Mr.!).  There were some changes already here in booth 5 and there'll be more to come soon! 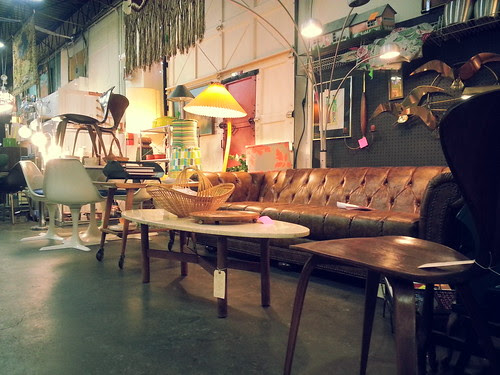 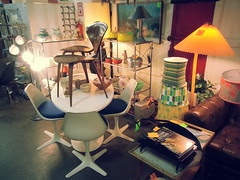 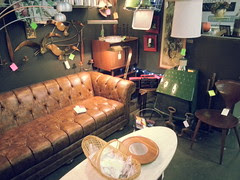 I know...the changes are subtle.  I thoroughly failed to note any of the smalls that had moved on from

last month, so those sales were an unexpected surprise.  The tall brass and glass shelving units got

snatched by a buyer who made me an offer I couldn't refuse, so those are gone - replaced with a

couple of the Ikea units recently acquired.  Then the Burke table got shifted over to the left side by

the staff (thank you, you are the greatest!) and a Big Ol' SOLD tag was put on the Chesterfield Sofa!

Yee Haw!  So when that gets picked up I'll be making even More changes!  Nice, right? 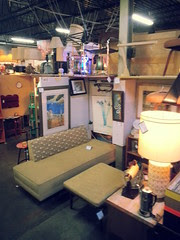 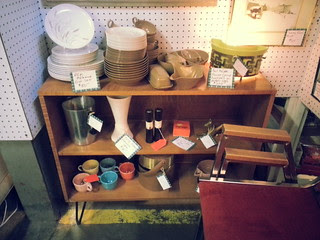 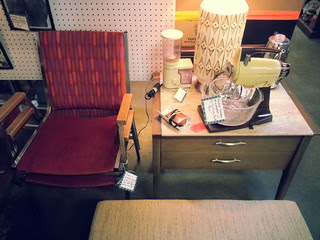 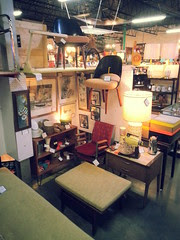 Jeff Swift, our resident Upholstery Guru and self effacing vintage modern genius has his own little

slice of Green Shag paradise just a few rows over from the Mr.'s.  Here you'll find some very nice

pieces, some of which have brand new upholstery done by the man himself.  He's catching on to the

smalls game too.  It pays the rent.  He's got a great eye and he knows his vintage modern stuff.  I've

called on him more than once to help me ID an item.  You'll get to know him more as his post count 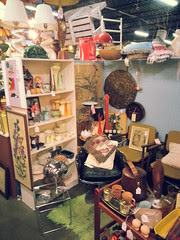 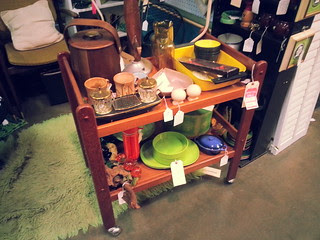 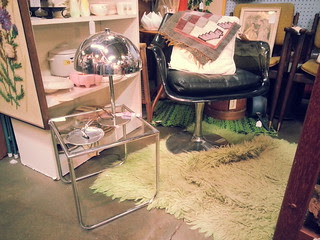 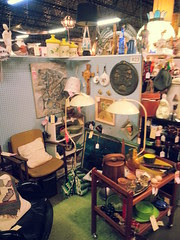 Speaking of posting...ahem...Hannah (Secondhand) has been AWOL for a bit.  She's been busy with

another new venture over at Rocket Century though, so I can totally understand...I just hope all her

teary eyed Modtomic readership can too.  But anyway, yeah...Hannah has not only a plethora of

goodness stockpiled up in this here joint, but also over at Rocket Century in a section of the shop

there on Grand.  Check out both, since they're relatively close together.  You're sure to find something

to make your lil' Modtomitrist heart go pitter patter!
Posted by Mr. Modtomic at 3:01 AM