Wow, Is Mr. Modtomic Living An Episode Of The Twilight Zone? The Estate Sales AND Auctions Were Good To A Mr. Today! So Strange. Anyway, Can You Guess What This Is? Status: Auction Booty! 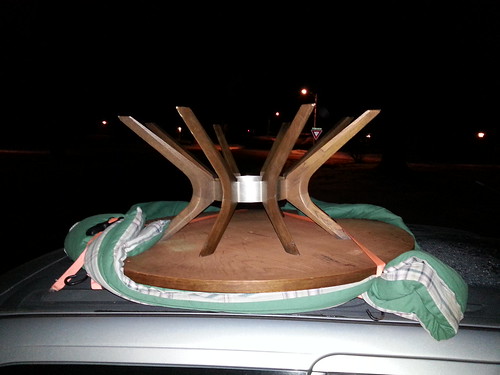 Heh, yeah...I was watching a movie on Netflix the other night called Grabbers about these blood sucking alien sea-monsters that attack this Irish sea side town...but are allergic to alcohol.   Of all the places for such an alien sea-monster to land.  Anyway, the protagonist asks his side kick this question: "Do you know what this is?" (see above pic). 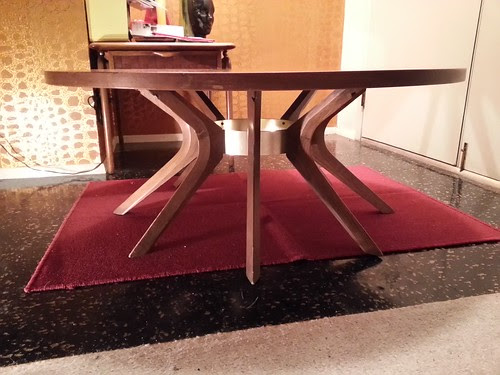 it was funny in the movie...and the side kick didn't get it either.  Ok ok...it's a Broyhill Brasilia

and when I saw it at an auction this afternoon I put it on my priority list. 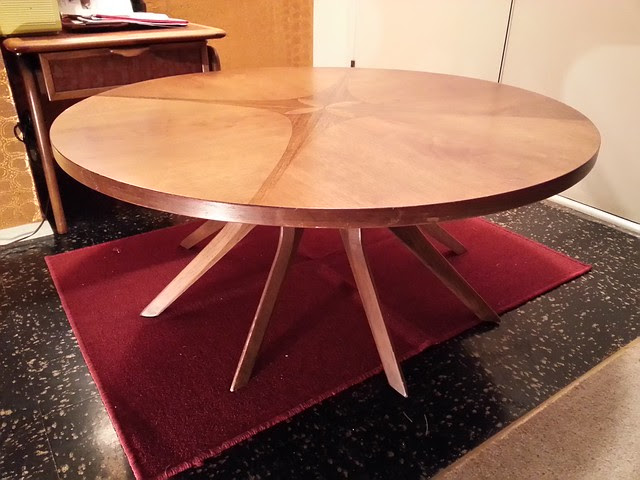 Yeah, there was an all vintage modern auction this afternoon just on the east side of the Mississippi

River in Dupo Il.  I had already hit a pair of estate sales and done quite well so I attended this auction

with only the expectation of maybe picking up a piece or two if nobody else wanted it.  I figured

there would be a ton of dealers in attendance and I was partly right.  There were dealers, but it weren't

maybe so much as a ton.  Perhaps half a dozen or so, most of whom I know or have met. 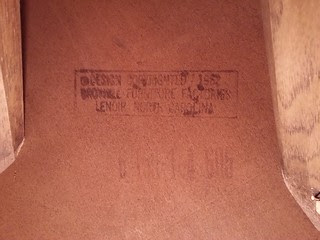 Even Nick showed up!  He didn't buy anything but lent us moral support, distracted me when I

shoulda been paying attention and helped me move my takings at the end of the sale.  We all (Nick,

the Girlfriend and myself) had a good time just watching what some of the items sold for.  There was

a genuine George Nelson clock that sold for $450 (I think the auctioneer was mighty impressed!), a

pony up for any of those tasty items, but it was fun to watch the bidding battles ensue.  I still got