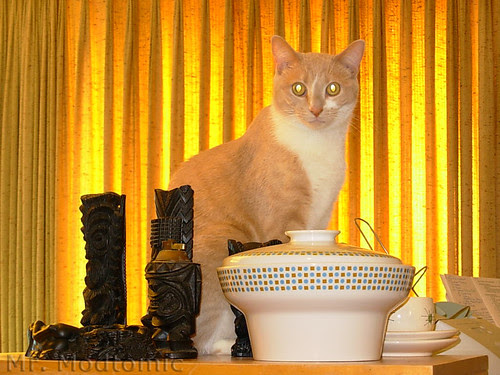 The thrifts...they ain't been good to a Mr. I've had Four straight days of strike outs. I Mean NOTHING! Man that stings. But, I've managed to corral a few good things off craigslist today and I'm fixing up a neat chair so I'll get you the 411 on those tomorrow. Until then, cute pics of King Larry / McDuff.

He likes to be up high on stuff like the McCobb cabinet. I like to think he's got good taste

and likes to surround himself with beautiful an interesting items like me...but his brain is too 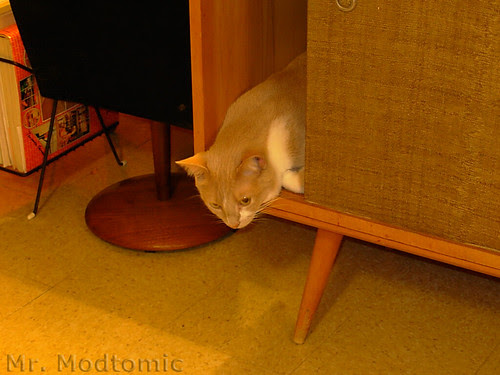 I accidentally left this open after pulling something out to look at it and the next thing I knew... 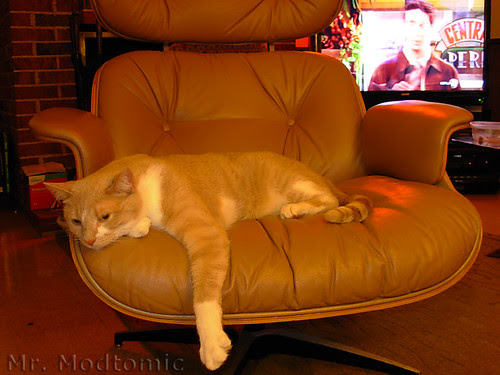 OMG, it's such tough work being seriously adorable. A kitty's got to get his beauty rest.

vinyl. And of course he just know's how "F"in' cool he looks in this chair. 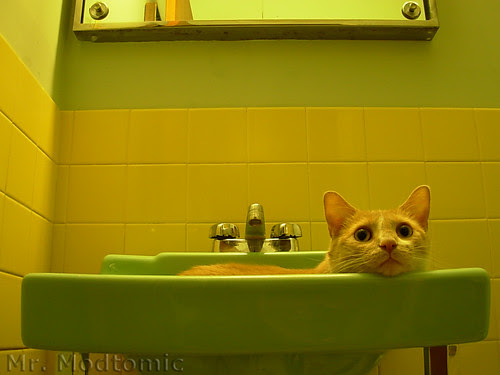 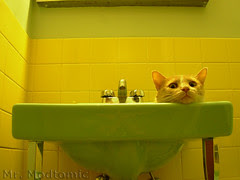 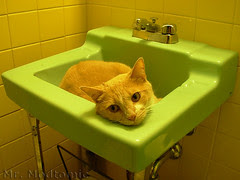 Looks like I'm MAKING him lay in the guest bath sink, right?! Nope, he can often be found

lounging out in here! Don't let those Sad Sad eyes fool you. He's just wondering what the hell

I'm doing with a camera and tripod while he's trying to relax. Poor put upon kitters.
Posted by Mr. Modtomic at 12:46 AM