Flea Markets And Antique Malls Have Been Good To A Mister But You May Remember How The Thrifts Have Been Leaving Me Wanting. Not So Last Sunday! Status: We're Back Baby! 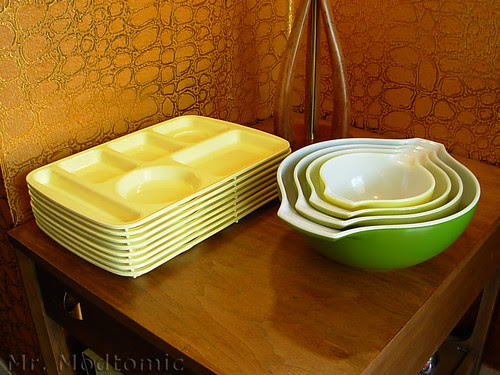 It's not such a huge haul but it's good stuff.  We stopped at the Value Village on a whim after a glorious meal at the Shaved Duck in South City and "what the What?" I found something good to bring home!  Finally.  It's really been far too long.  So two small lots?  I'll take that, thanks. 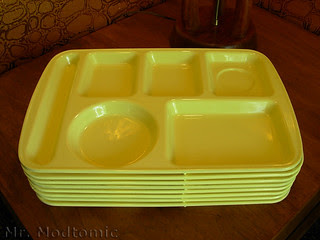 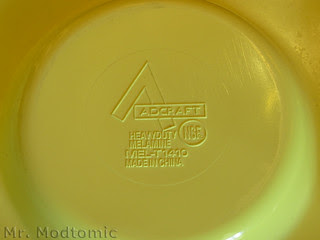 I know, you're thinking "cafeteria trays, he's really lost the plot now".  But think about it...

parties, backyard BBQs, snacking while watching Breaking Bad or even taking a couple

with us to the Drive In theater.  Sure, they aren't vintage, being made in China and that, but

doesn't everybody remember using these in primary school?  How long ago was that?  Right,

vintage style!  They were cheap enough that I couldn't say no.  I kinda wish I had bought 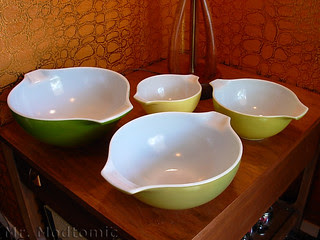 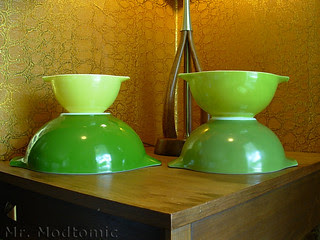 Pyrex mixing bowls. They were waiting for me just inside the door sitting ON the display

cabinet! This is my third set. I sold one set and have another that gets used regularly. This set

set) and tossing it into my booth for a quick flip! Woe is me, always having to make the hard

decisions!
Posted by Mr. Modtomic at 2:47 AM