I Was Just Lucky Enough Yesterday To Pick Up This Lovely Bassett (95% Possitive) Cross Leg Coffee Table. Haven't Had A Chance To Clean It Up But It's Gonna Be Smashing! Status: Late Night Pickup. 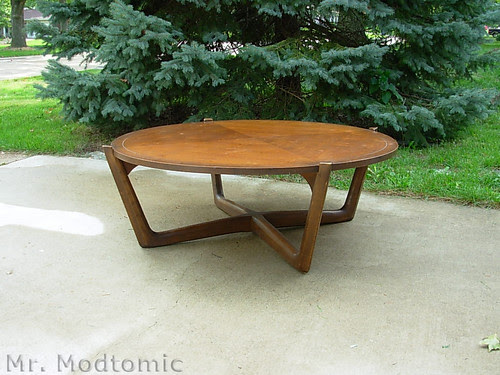 This was Certainly a hot item on craigslist last night. While I was giving the table the once over the seller was giving the unfortunate news to another would be buyer by phone...at like 11pm! The seller was kind enough to see me after work and they were located all the way over in Lebanon Il., nearly 30 miles from downtown St. Louis. 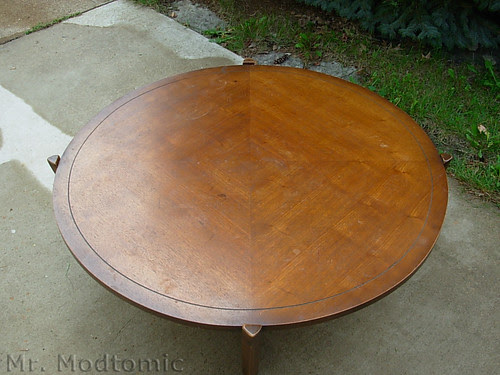 I felt a little bad for the other potential buyer but I guess I got a-hold of the sellers first. This

time I didn't make any "over offer" either. I just sent a text to the number on the ad as soon

as I saw it. After a few texts back and forth (it's very loud where I work) we had an

appointment set for after work. This is why I sometimes offer a seller a few extra bucks. I

work evenings until 10pm and most sellers aren't home to show an item before I go to work.

have said that my offering more for an item isn't fair to other buyers, to which I say...it's the

only way I can level the playing field! 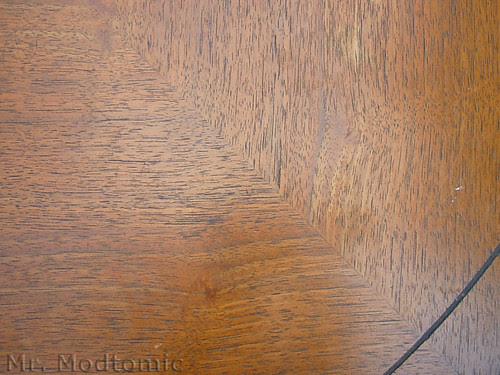 But back to this coffee table. There aren't any hints on the bottom as to what manufacturer

as being by Bassett. The side table's drawer probably had the stamp inside and it's style was

a match to this table so I'm fairly confident in the ID. It's a mess still but check out the walnut 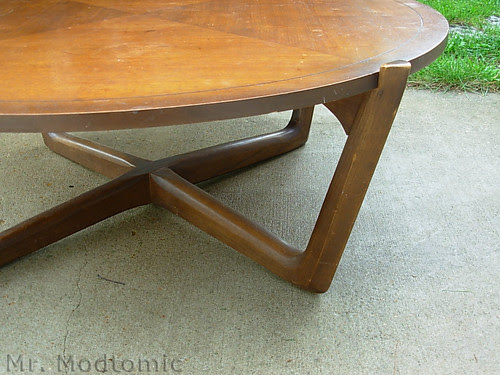 But if you've been reading this blog for a while you'll know that Mr. Modtomic is a "leg man".

Hubba Hubba!!! Them's some nice Gams, don't ya know?! You might remember a similar

Heywood Wakefield coffee table that I had a while back. The style is also somewhat similar

to the Keeper set of coffee and side tables in the living room. I guess I gotta thing for crossed 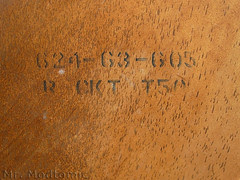 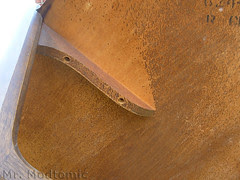 Here you can see what are probably the model and finish numbers.  There is a staple in the

bottom that probably had a maker tag attached but that is long gone.  The legs mount up to

the top with these sturdy buttresses.  I'm going to give this a good once (maybe twice) over

and get it all pretty before taking it down to my booth.  I know...you're thinking "where do

you thing THAT is gonna fit?" but I've already got a plan!  There's a big, mostly empty spot

under the Skylark Formica dining table that I'm pretty sure this would fill nicely!  I'll probably

the table, but I'll make it work.  I'm nothing if not an efficient problem solver!
Posted by Mr. Modtomic at 3:15 AM