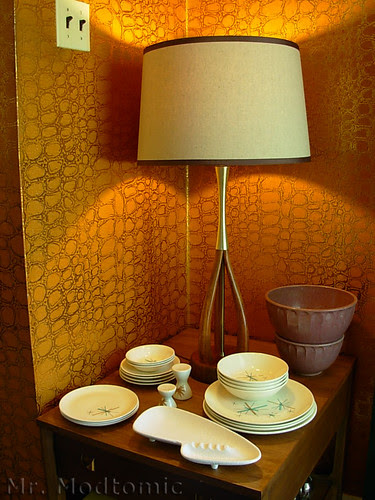 Earlier this week I took you on a little tour of Treasure Aisle antique mall.  I picked up a nice big box of goodies to bring home, some of which you might have already seen it the aforementioned post.  Funny thing is, I know we bought a little pair of black lamps but they weren't in the box and I can't find them anywhere!  I'll have to consult the Girlfriend about this. 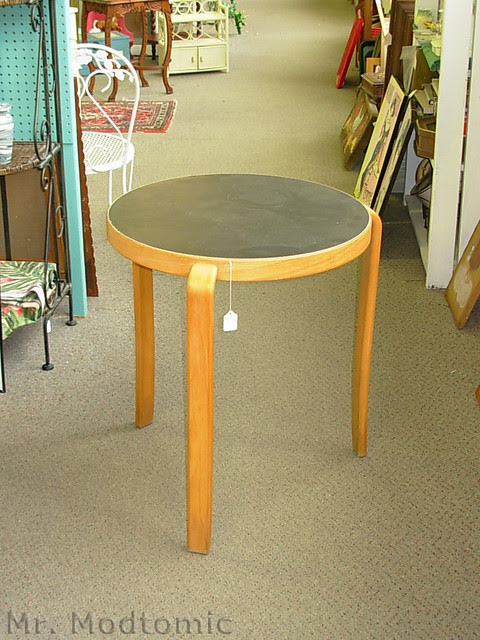 table in the style of Alvar Aalto.  I haven't been able to find a perfect match to it online but

I did find a similar one with a second lower level and another with four legs, but still no info

what so ever.  The bottom of the top is enclosed so that you cannot see how the legs are

attached.  On the bottom is scrawled in black something like "Property of Washington

University" and again in another hand "Purchased at Wash U sale 1982".  I don't have the

table here (it's already in MY booth at The Green Shag Market!) so I'm going by my 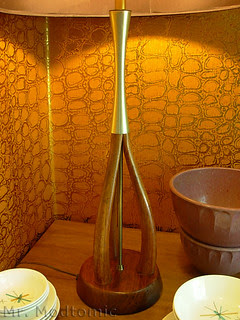 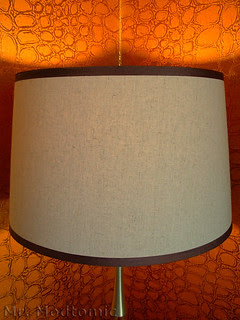 You might have seen this lamp in the pics from the Treasure Aisle tour.  It cleaned up even

nicer than it looked when I snatched it up!  There was a little grime on the spun brass topper

and the some gunk on the wood.  It all came off and the wood got a nice rub down with

Howard's.  The shade is new but looks pretty good with the lamp.  Not sure if it'll be sticking

around or if it's going. 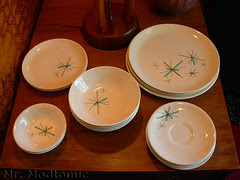 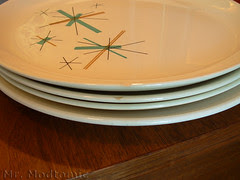 I should have.  I failed to notice that two of the dinner plates suffer from pretty easy to see chips.

My bad, I'll be swapping those for a pair out of my own collection.  At least the set has a couple

of nice berry bowls.  I've not seen those very often, and these small random lots like this are how

you build a nice complete collection. 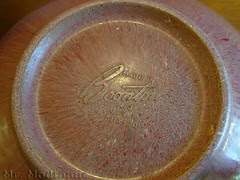 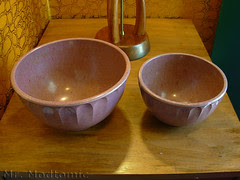 How neat are these Boonton confetti mixing bowls?  They were in a half off booth!  They've

been used but aren't scarred up or anything bad.  Just a few marks and some loss of shine in

the bottoms.  Only enough to let you know they've been used.  They were however still a little

"caked" with whatever they were last used for!  Just a little bit.  No real issue for me but it gave 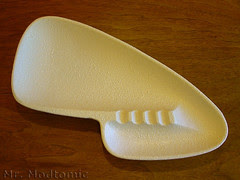 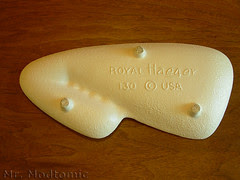 stark white.  I haven't purchased too many ashtrays lately, mostly because I've got such great

collection, but this one kinda matches the weird long tubular one that I've got so it made the 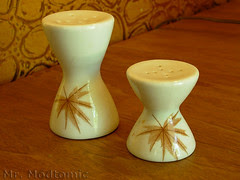 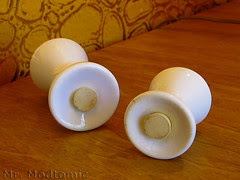 If I could find the little black lamps these wouldn't be last on the list...but as it stands...well

you get the picture.  I've already GOT a pair of Ben Seibel / Harvest Time / Iroquois salt

and pepper shakers.  Why do I need another set?  Dunno, just couldn't leave them behind.

I'm weak, I tell ya.  I just wish I'd find more that salt and pepper shakers though!
Posted by Mr. Modtomic at 3:23 AM