We Decided To Spread Some Love ("$$$") Over At The Treasure Aisle Antique Mall On Saturday. Dropped Some Bank But Left Plenty Behind For You! Status: Nicely Appointed. 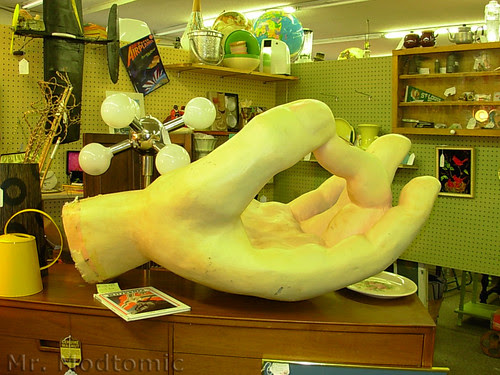 Ohhmmmmmm...need to get your Inner Peace on, in a big way? You might need this!  What on earth did this giant hand come from?  It's pretty cool in a seriously frat house / art school student sort of way.  I've unfortunately outgrown such silliness, but I wouldn't ever look down my nose at it! 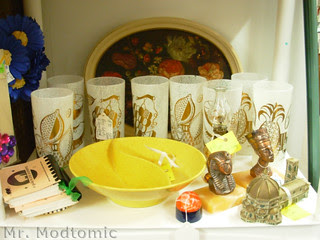 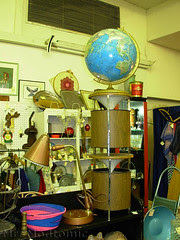 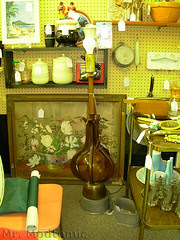 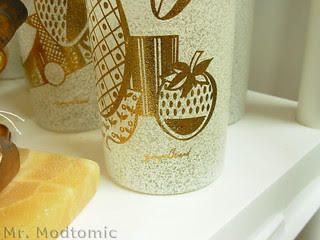 It's always such torture walking through a great antique mall such as Treasure Aisle.  There's

just SO much stuff I want to grab up and bring home with me!  I couldn't possibly buy up

everything that makes me oooh and ahhh.  So I take pictures...and torture you with them!  A

trouble shared is a trouble halved! 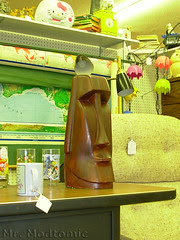 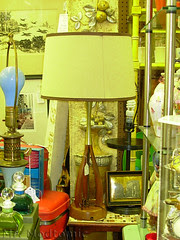 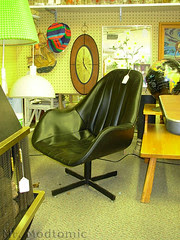 I Did actually pick up quite a bit of booty on this trip.  The lamp in the center above is now

mine.  The shade is new but fits the style of the lamp quite nicely.  I might pull a little switcheroo

on the shade with another lamp around here.  In any event, the base is in great shape - both the

walnut and the brass. 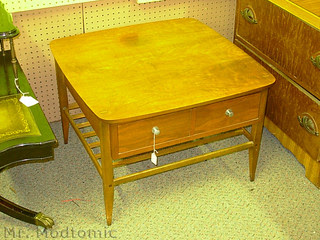 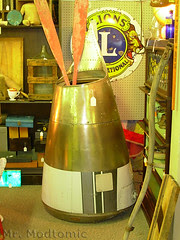 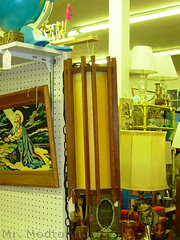 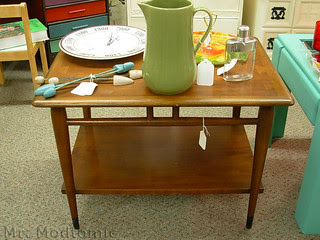 The Girlfriend thinks that the handle pulls on that top table are wrong. They might be but I think

they look good.  And yup, there's the ubiquitous Lane Acclaim table.  We got up early this

even one piece Lane Acclaim!  Oh, that tall silver thing?  I think it's part of a jet engine from a 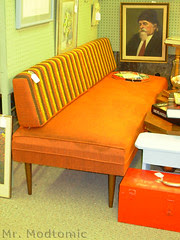 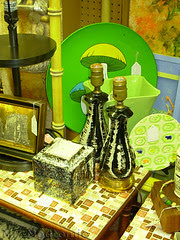 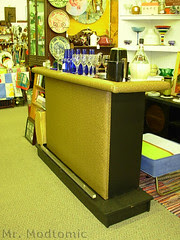 I think we picked up the pair of small lamps in the center photo above.  I mistook the orange

daybed / sofa for one that I had a while back at first.  It might have been the same manufacturer

but mine was brown, not orange.  If you are in need of swanky bar for your next martini party,

well...you could do worse than that gold and black beauty.  Rat Pack Ready! 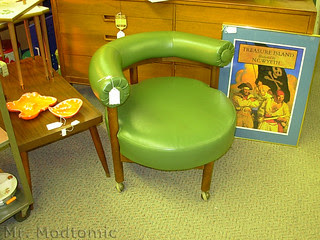 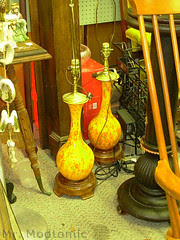 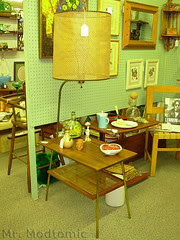 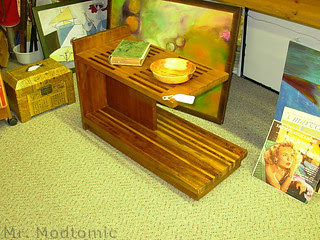 I came real close to pulling the trigger on the lamp / table just above on the left.  It was real

hard to leave behind.  If the top and the caning on the bottom had been in a little better shape

(even with a higher price tag) I would have snatched it right up.  It certainly is a sharp piece.

Kinda digging that butcher block side table as well. 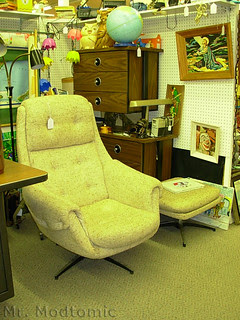 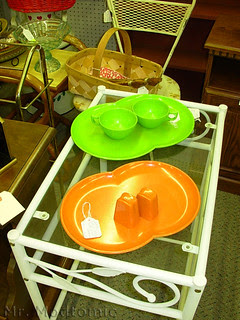 Nice Overman in oatmeal and at a great price too.  I was Really checking out the drawers

behind it as well.  They were really cool looking but the drawers lack rails and they were real

light weight...I hesitate to say cheap feeling but..well, they looked much better than they felt.

Let us just leave it at that! 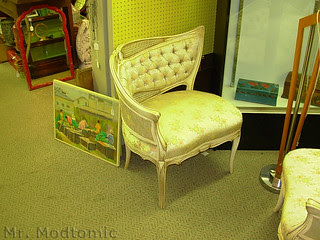 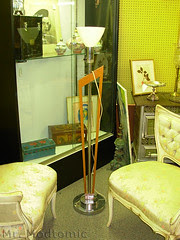 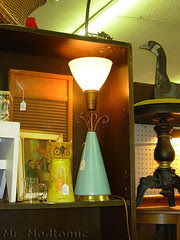 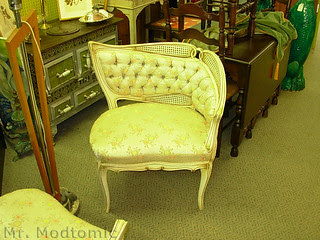 Me, I was smitten by the tall floor lamp between them but, again, it was just a little too rough