Introducing: The Crazy Pan! What Can't It Do? Status: It's A Keeper Folks...Sorry. 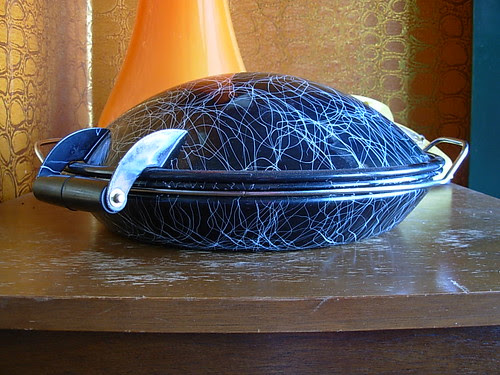 Got it at the Goodwill quite a while back. Just another pan set to ad to my vintage kitchenware collection. It was covered in dried Bar-B-Que Sauce. At least I think it was Bar-B-Que sauce! I hope it was.

This really is a crazy pan set. I think I'm missing one piece. There should be a ring

that the "top" can rest in to make it a Wok. It wasn't there when I bought this or if it

was, I just didn't know it went with the set. I didn't even have a clue what this was

when I bought it. 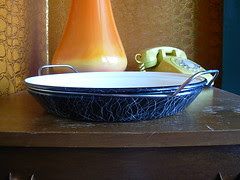 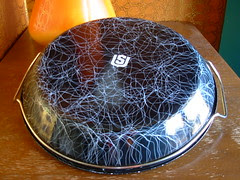 seventies that had a manual with it stating it was a range top pizza maker. So

that's what I thought it was for the longest time. Then I spotted a set on the

internet that looked just like this. I can't remember what it was called but I saw the

ring that I'm missing and realized that it was there to make the lid into a wok! 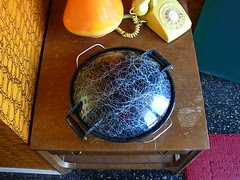 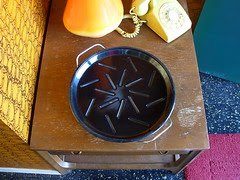 There is an inner pan that has slots cut into it too. I'm thinking this pan is for

steaming veggies or rolls. I guess you could toss a frozen pizza on there too to

cook it on the range. 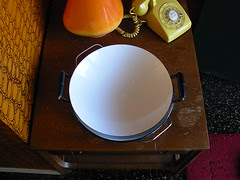 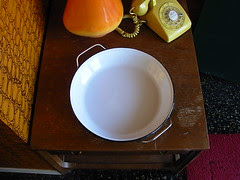 Then there is the main pan. I like to think of this as a Paiaya pan. If you've never

had Paiaya, find yourself a good Spanish restaurant and get some! Bring a friend

as it is usually made for two. If you can make good Paiaya, please drop by and I'll