Was It Stupid Hot Out, Did I Have To Haul These Out Of A Basement, Was It Way Too Early In The Morning And Did I Have To Shell Out A Pile Of Dough? Yes, Yes, Yeah And Yup. What A Mr. Will Do For Some Herman Miller / George Nelson. Status: Happy As A Clam! 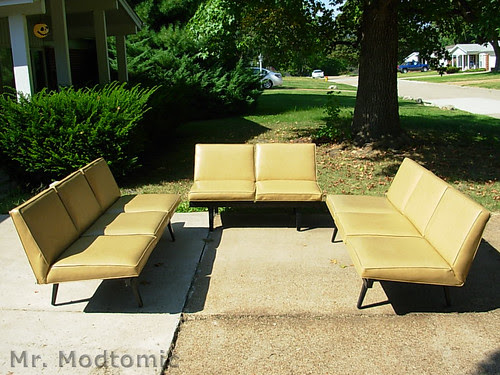 And then I had to clean these and set them all up today out under that oppressive solar beatdown we call the afternoon sun.  Ugh, more heat and sweat.  And then, guess what...I had to break them back down and and load TWO of these back into Frank (the Focus Wagon) and tool them down to The Green Shag Market...

...where I had to then Unload them Again, Haul them inside, completely Rearrange the booth space

and set them up Once Again!  What a freakin' day.  At least it was a Beautiful day!  I have to say, I

was not prepared for the traffic on I-170 south.  Working 2nd shift means I rarely deal with any

REAL traffic and I forget how the other 97% "lives".  No Thanks. 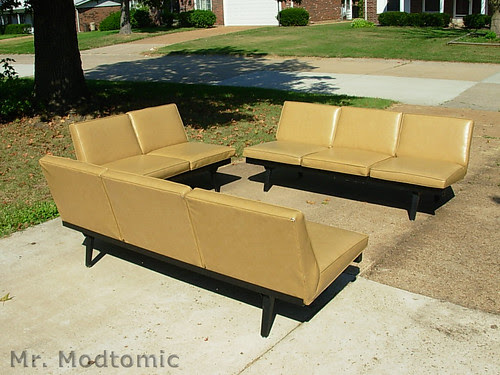 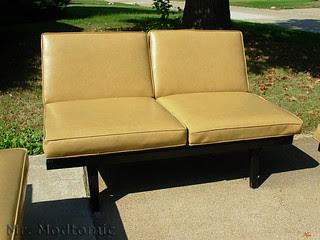 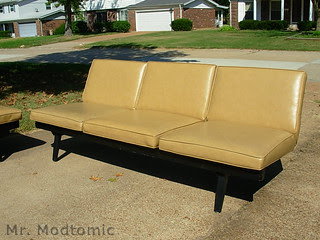 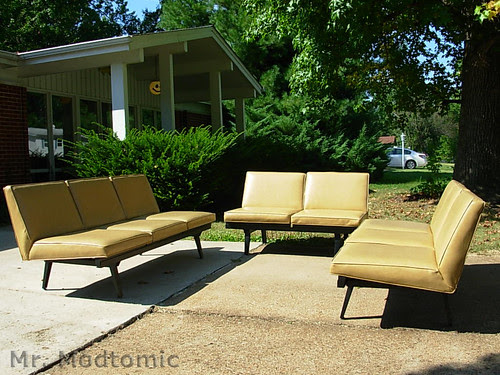 Did I say that I made a trip to The Green Shag?  Why yes, I think I did indeed!  Things have been

Really moving in...or rather From booth 5 and I've had to work hard to keep up!  Not that I've had

to work hard Finding stock so much as just getting said stock down to the booth and in it's place.

Moving furniture is hard work!  Who knew?  That said, these have to be the Easiest sofas of this size

to move that I have ever had the pleasure to own!  These Herman Miller Steel Frame sofas - designed

by the legendary George Nelson - are not only light weight when fully assembled, but are easy to

disassemble and...well...with them disassembled I was able to Easily fit all three of these in the back

of Frank with the hatch closed! 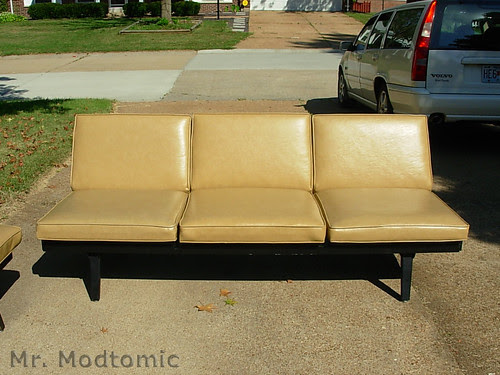 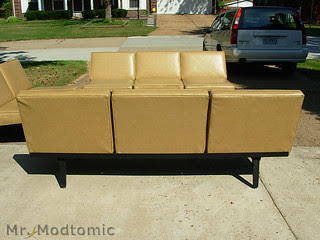 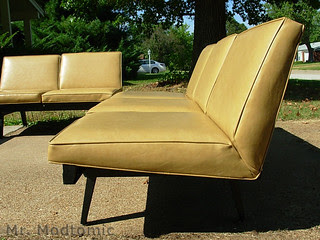 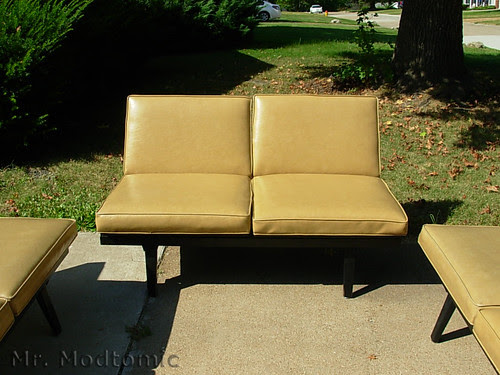 So I only have room in the booth for the two seat sofa (rare?  look around the web and try to find

one!) and one of the three seaters.  Most of the Miller / Nelson Steel Frame sofas that I've seen

around the web also have two seats and a table insert on a three seat frame.  Oddly enough, out of

FIVE of these sofas (yes, there were FIVE available, but I had a buddy of mine take two) NONE

had the table insert!  Fine by me.  I'd rather have the extra seating. 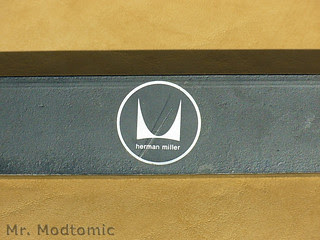 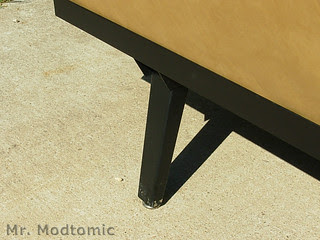 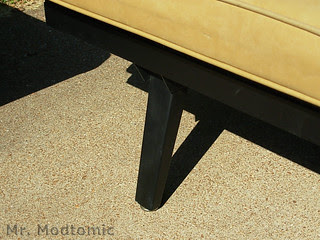 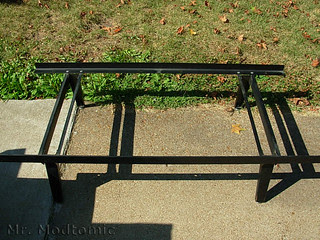 So yeah, there's a set of these down at The Green Shag Market RIGHT NOW if you just happen

to be looking for some snappy vintage modern living room seating.  But ya might wanna hurry, I

don't know what's in the air this summer but - like I said - blink and something is missing!  Not