Belleville Flea...It's Been Too Long! I've Missed You Ol' Buddy And It's Nice To Finally Hook Up Again. Feels Weird Going To A Flea On A Saturday Since I've Been Spending So Many Sundays At The Wentzville Flea. Status: Early To Rise Morning Trek. 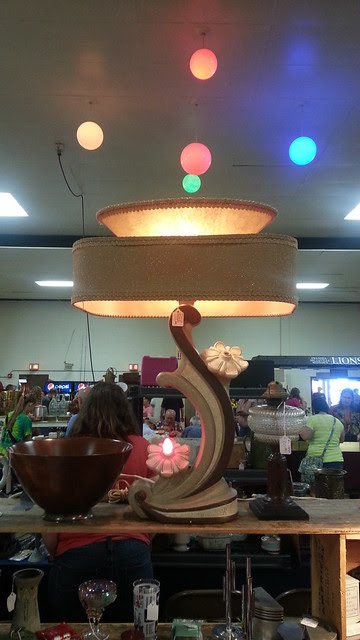 Gosh, it HAS been a long time since I've sifted through the Belleville Il Flea Market.  I really can't recall when the last time I made it there was.  Well, since the Girlfriend goaded me into getting a new phone I now have a calendar function again and I will miss Thee no more! 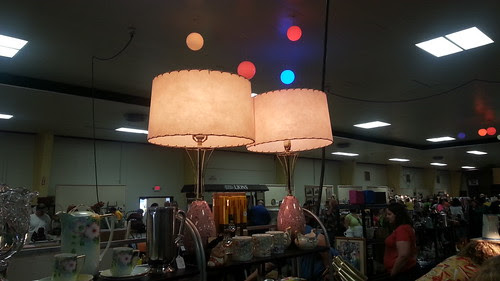 So yeah, I've gone Flea Market crazy with my calendar and now have not only the local fleas put in

it!  What you will see in these photos of the Belleville Flea are items that I DIDN'T snatch up for one

reason or another.  Can't bring it ALL home!  I love all these lamps but just couldn't get the price on

each to where I was comfortable.  I only actually haggled (unsuccessfully) on the first and third but

the others just started out of my reach. 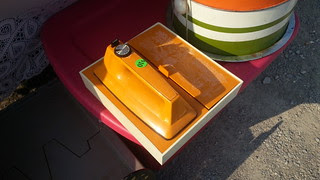 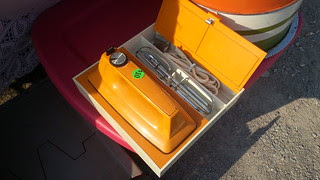 elsewhere and I just wasn't THAT sold on it.  If it had been pink or seafoam it would have been a

done deal...even at twice that asking! 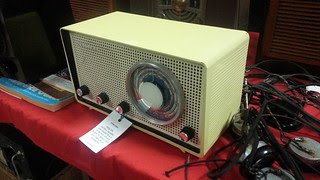 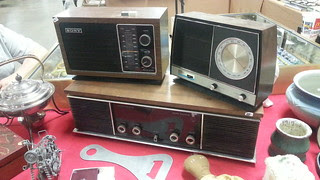 See that first cream colored radio?  It's nearly identical to the radio that is hiding under our foyer

table...the one where about 75% of my photos are taken!  The Girlfriend's mother gifted it to us and

it's got a red dial and a European plug.  I totally would have brought home the Panasonic at the

bottom of the second pic but I REALLY had spent my limit before I spotted it.  It might still be there 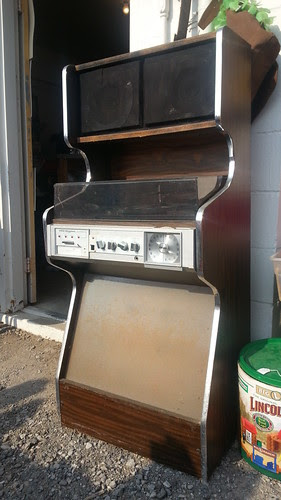 Well THAT'S an attention grabber!  It's so close to being a vintage '70s home jukebox as doesn't even

matter.  I bet the bottom panel lights up to the beat of the music being played.  Drag this down to your

basement, throw on some Aerosmith and party like it's 1972! 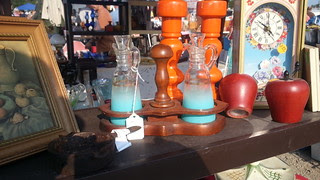 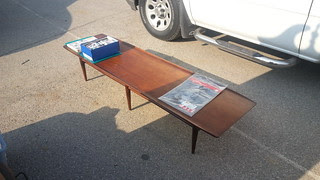 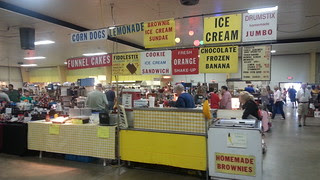 I got to the flea at (what apparently amounts to) stupid:30 am based on how early one must arrive at

the Wentzville Flea.  I guess I've never gotten here that early before because as I neared the parking

lot I actually got pissed thinking I must have arrived on the wrong weekend.  There were almost NO

cars in the lot.  Then as I got out and started my first run through it looked like the vendors were only

at half capacity!  LAME!!  Turns out it just took a little while for the ball to get rolling.  Most of the

through the entire market.  Next time I'm sleeping 'til 7:30, at least. 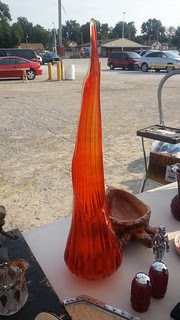 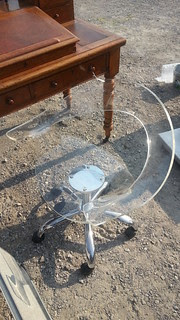 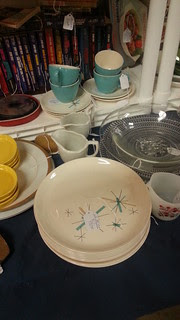 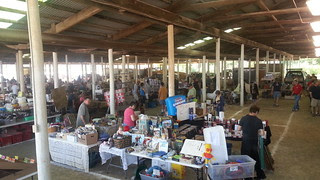 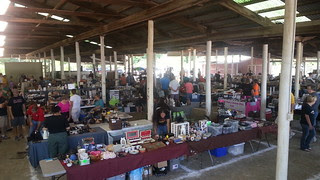 If you look closely at the outdoor "barn" area panaramic shot, you'll notice a number of patently

empty spaces. These are normally filled, but then the outlying spaces on the left are usually empty so

I guess it sorta evened out. The outdoor spaces are where I normally find my real bargains, but then

only assume is cheaper rent. Today's picks came half from the outdoor section and half from inside.

::shrugg:: Go figure. As usual, I recommend striking while the iron is hot. There were at least two

back around to where the WERE and found them GONE. Meh, I spent my lot...and I did good...I'm