Can't Hardly Believe I Managed To Score These Three Erik Buck Teak Dining Chairs This Afternoon. They'd Been Listed For Days With That Oh So Popular "Danish" Keyword In The Ad. I'm Not Complainin'! Status: Hat Trick? 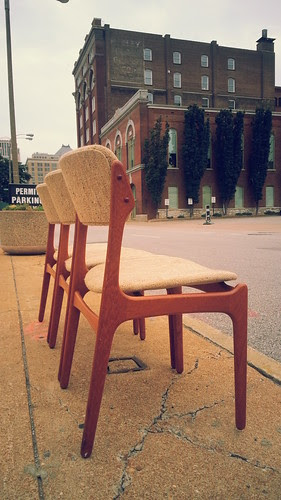 Again with the cell phone camera!  Well shucks, it takes pretty good photos...and I can upload them directly...and I guess I might be a little lazy.  ::shrugg::  For real, I just didn't have time to do today's post any other way! 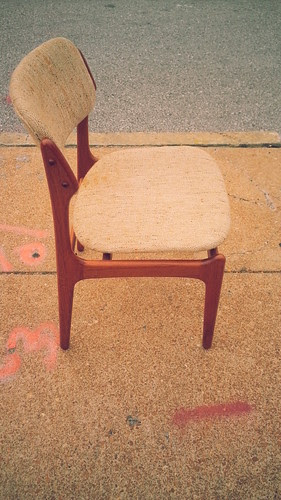 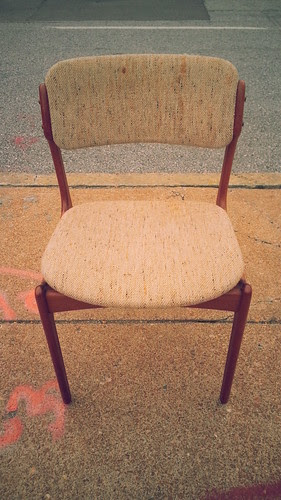 I spotted an ad late last evening after getting home from work that had these three chairs, two other

Scandinavian style chairs and a teak expansion table for sale.  I didn't really need the table or any of

the other chairs so I made an offer under asking for the three chairs and the table.  Turned out, the

ridiculously low! So low that I wasn't really sure if the asking was for all three or each. Made me

scratch my head a little though...didn't the buyer of the table know what they were leaving behind?! 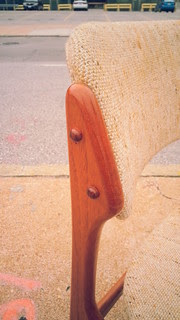 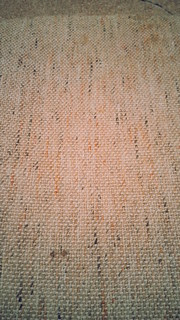 difference between the asking being for all and for each. I would have been ashamed of myself (a

little) if I had paid so little otherwise. So this brings the total number of Erik Buck dining chairs in

my possession to Seven, Two of which are armchairs. Of course I'm trying real hard not to express

how bat sh*t crazy that odd number is making me! You know what else? Many years ago we picked

up a single Danish dining chair. It was one of the first items I flipped on craigslist. I don't have a

photo of it and my memory has faded somewhat, but I bet that chair was the Eighth Erik Buck chair

that I Really Really need right now!
Posted by Mr. Modtomic at 9:31 PM