Hows About A Little Downtown Public Art Tour? Status: A Beautiful Day In The Neighborhood 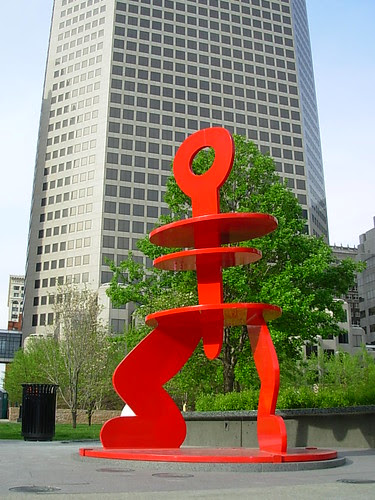 About the only piece of public art that most folks know about in St. Louis is the Gateway Arch. It is a beautiful piece of iconic sculpture that was designed by the noted architect Eero Saarinen. Like most cities and their amazing treasures...we tend to overlook that great big silver thing. Here's some other slightly smaller treasures nearby.

Greenway along Market Street. There is a relatively new instalation in the area called City

Garden. It's the perfect place to spend a lovely afternoon downtown! Check it out. 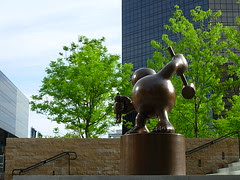 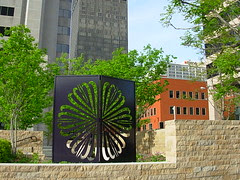 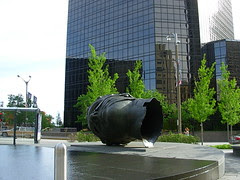 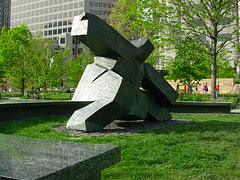 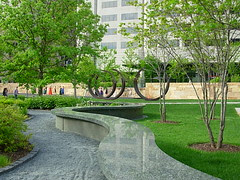 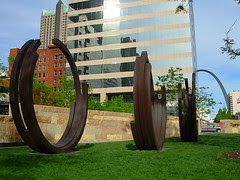 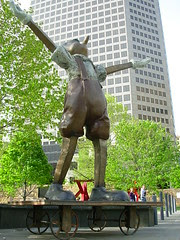 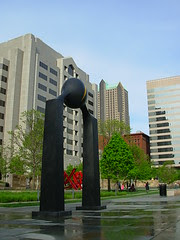 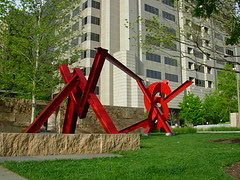 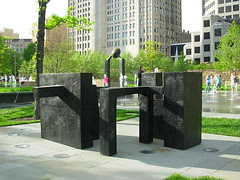 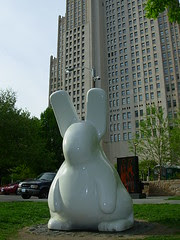 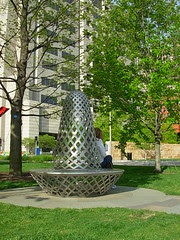 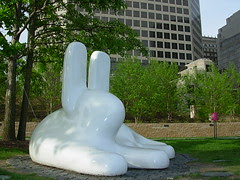 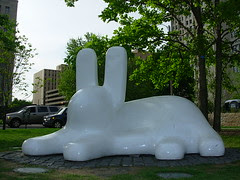 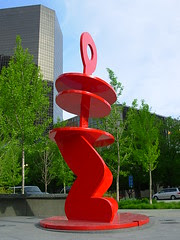 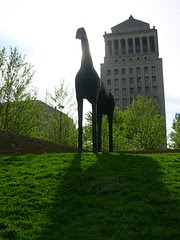 three awesome industrial sculptures. They are on loan (to the property I guess) from Laumeier 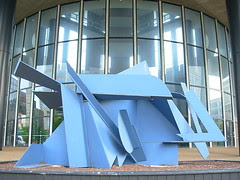 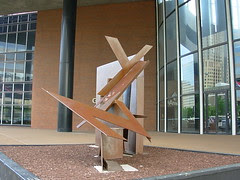 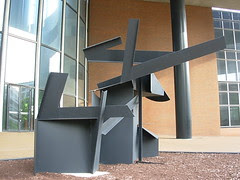 installation. This has been a part of St. Louis since 1981 and very few natives seem to

appreciate it. I think it has finally found it's audience. I really think that it's rusty rough cut

nature contrasts beautifully with the new park next door. It doesn't wanna be friends like the

City Garden. It's happy by itself but doesn't mind having company. There's no codependency

to be had here! 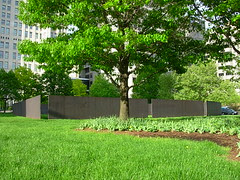 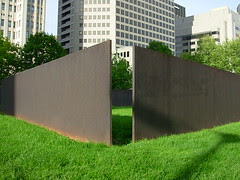 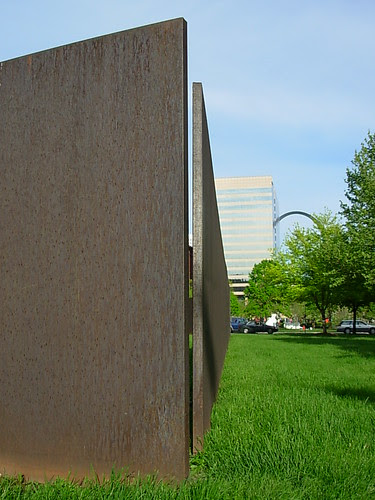 sometimes. They are trying to get a good outdoor "farmers market" going there for the

downtown dwellers. I'm not sure that it's taking off, but it's nice that it's there and they are

trying! Here's a few pics of the artistic stuff there and the new condo built next to it. 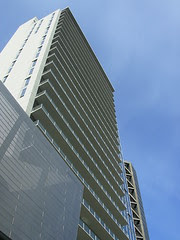 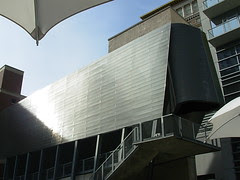 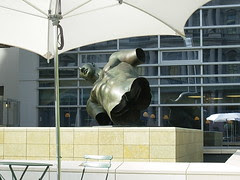 This last pic is of a modern sculpture that I've seen for my entire life...seems like. This is on

Washington Avenue just across the street from the Convention Center. I love it.