So I Did It. I Pulled The Trigger. The Set Was STILL There In The Window Looking At Me With Those Puppy Dish Eyes. Status: A Nice Start...A Very Nice Start! 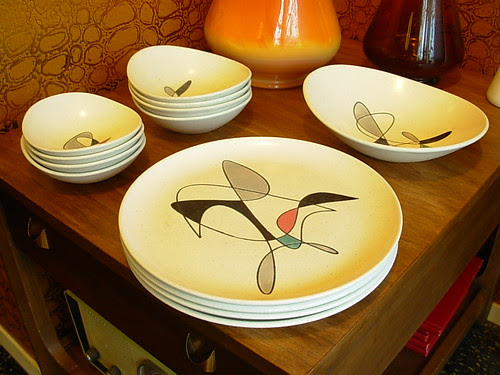 So after realizing I had a couple of Metlox Contempora berry bowls stashed away in a box...a twinkle took it's place in my eye.

I got the itch to start collecting a set. I had seen this pattern before in passing but hadn't done

any real research on it save to find out it was pretty pricey. Collecting Metlox Contempora is

tantamount to collecting Franciscan Starburst. It ain't cheap. Or Easy. 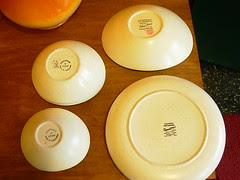 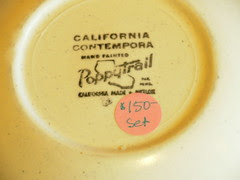 So A while back I featured a great lil' shop in South St. Louis on Cherokee Street called Retro

101. If you'll click through the link and look carefully at the pictures you can see this set of

dishes in their window! I checked them out that day but I don't think I even priced them. I just 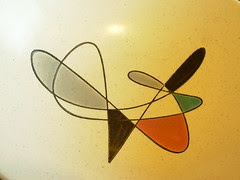 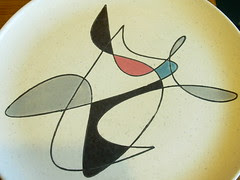 difference in the patterns got me to finally doing my due diligence and research. My great

down to Retro 101 to see what they wanted for the set that was apparently still available! 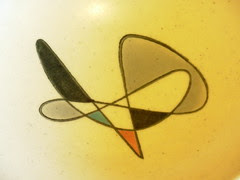 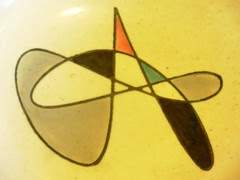 So Saturday while we were out I decided to stop by and see if they were really still available.

We showed up just as they were locking up for the day. The dishes were still in the window so I

knocked on the door and was lucky enough to be let in. I asked about the Contempora set and

what the shop was asking for them. I was really expecting that they would be priced close to

ready to be rid of the dishes though! I was offered the set at $75. I couldn't get the money out

of my pocket fast enough. Not too shabby for quite a nice starter set! 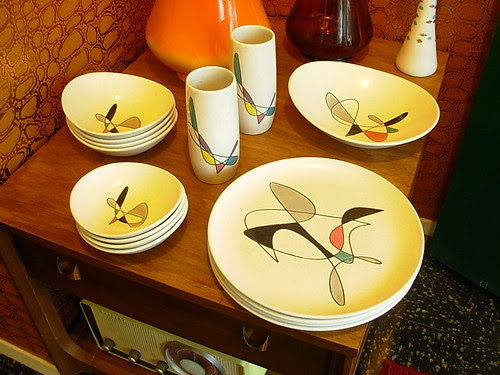