One Of Our Two Cool Sofas. This One Is The Nap King!!! Status: Don't Even Think About It! 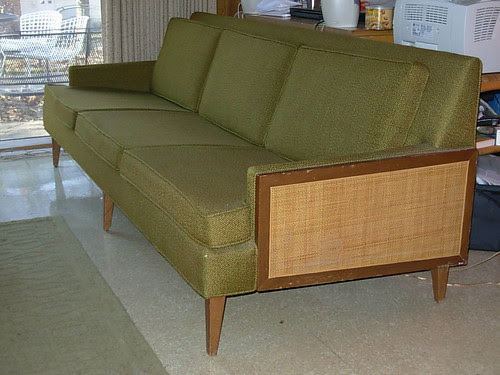 I have a great story about finding this sofa. It really nails my personality. Yes it was at a Thrift Store, blah blah blah. 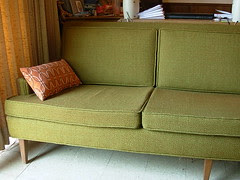 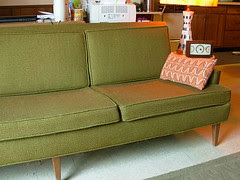 neighborhood, 100 year old homes) where she was renting the bottom of a two

family flat. I had scheduled my vacation for this week back in Jan., well before any

inklings of a house purchase had emerged. Turns out it's the first Seriously Hot

Week of summer. 95 plus and lots and lots of humidity. Typical St. Louis summer. I

swear to God, It Was 76 Degrees The Week Before! 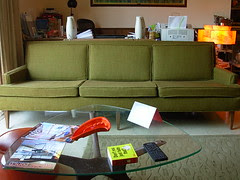 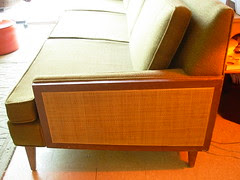 furniture, you can't just Pile it in there. So the move took a few days even With the

GIANT moving van. What we would do is fill the van as best we could and then we

keen on me driving it. Whatever, I was fine with that. So after loading the van up,

we would make a few trips in Frank (our Focus Wagon). The problem with this

many times each day! 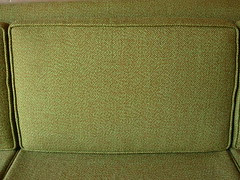 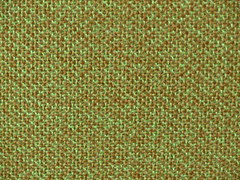 On one of the trips up (to North County) I just couldn't stand it any more, we had

to stop! After poking around in the smalls for a few minutes I found this sofa. It had

the check out and paid for it. Then I found the Girlfriend and showed her what we

just bought! She was all "Wait, don't we have like 5 couches already? Why do we 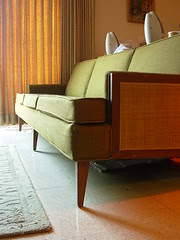 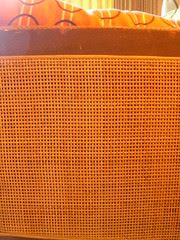 And a use for it we not only found, but we found we actually NEEDED it! So yeah,

while in the process of moving 7 other sofas, I HAD to buy another...and stuff it in

the back of Frank. And...AND...I had to replace the seat cushions as they were

just yellow toxic looking Dust! But, I win...cuz after a long morning of hitting the

for a nap! Yes, this sofa, with it's new (from an airline re-upholstery small

business) cushions, is just sooooo comfortable. Even with the new cushions I have

less than $80 invested! Plus I still have enough cushion material out in the

Garage to do a whole another sofa!
Posted by Mr. Modtomic at 3:09 AM