This Afternoon We Took Advantage Of A Beautiful Day To Drive Up The River Road To The Grafton Flea. Didn't Find Anything To Bring Home Except Some Photos Of Great Design And Classic Cars. Status: Bust. 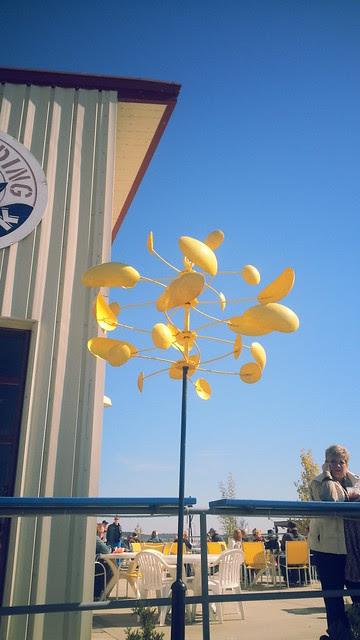 Whirlygigs wouldn't generally press me to get out the camera but something about this one got me.  I've looked around the net to see if this is maybe a knockoff of some famous design but I can't really find much.  Doesn't it smack of George Nelson or something?  Sadly, it wasn't for sale. 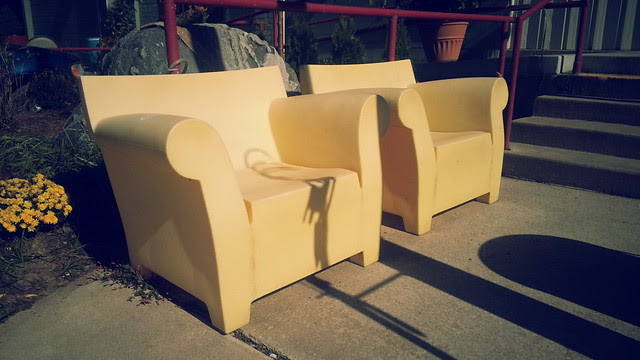 were waiting to fool any foot weary shoppers.  They aren't as comfortable as the homey chairs they

ape, but are much much cooler!  I'd love to have a bunch of these on the patio...but alas, these were

not for sale either. 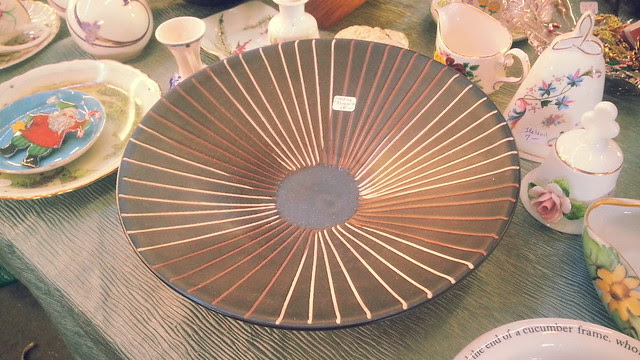 bowl.  It didn't fit my budget and was left were it was found.  The Grafton flea isn't huge by any

means and today, the final flea here of the season, there was a poor ratio of vintage to craft and

import new crap.  But it was a nice day and we had a nice walk.  And I got to see some pretty 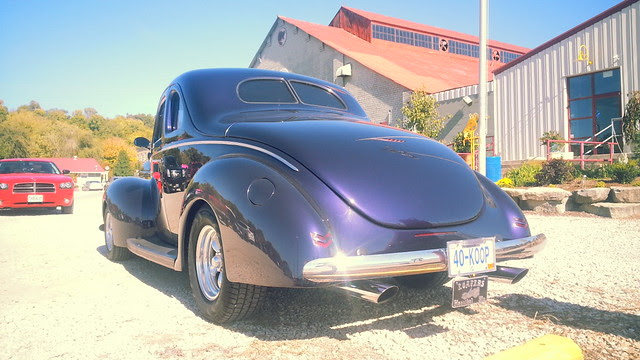 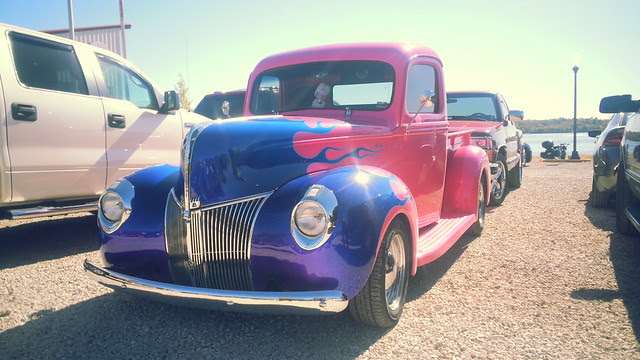 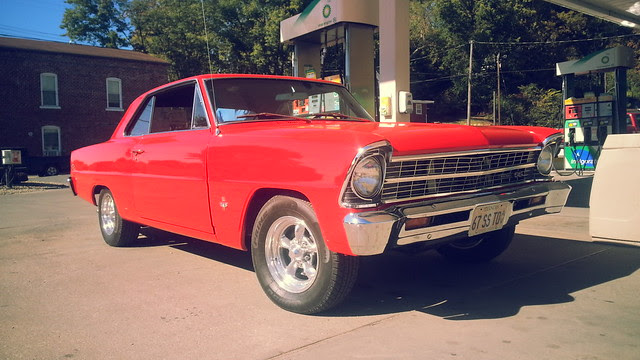 Nice right?!  A Forty Ford Coupe, a Forty Ford Pick Up and a '67 Chevy Nova SS.  There were a few

more that I missed driving around (nope this wasn't a car show...just guys and gals out enjoying their

babies!) like a beautiful green 71(ish) Ford Ranchero GT and lots of Corvettes (vintage and newer)

and Camaros.  No scores on my part but still a fun day!
Posted by Mr. Modtomic at 10:16 PM