Mr. Modtomic Has Birkenstock...No Wait, Stupid Voice To Text.. Burke In Stock! Yes, I Just Acquired This Fantastic White Propeller / Tulip Base Burke Dining Set And Am Eager To Find It's Forever Home. Status: Quite Available. 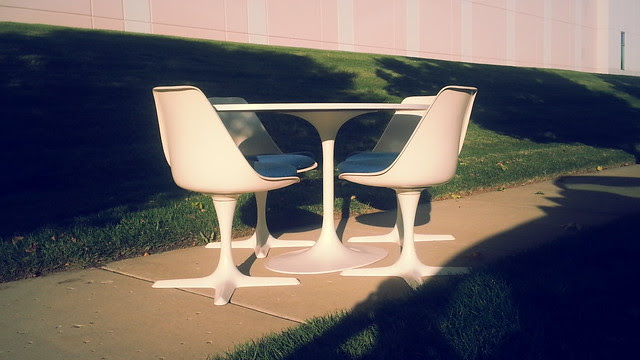 Now don't get no funny ideas, just 'cuz I said I was "eager" don't mean I'm giving it away. This is really a beautiful set and it's new owners are going to have to really want it! I had to drive to Springfield Illinois today to pick it up, that's how much I wanted it! 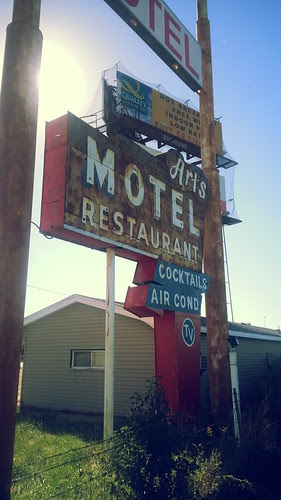 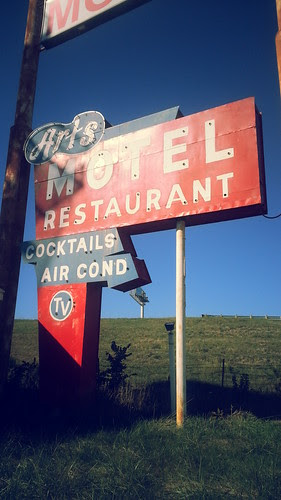 So yeah, I'm still working my silly schedule, which kinda sucks but affords me the

opportunity to go a pickin' during the weekday unlike my "normal" schedule. This is how I

set. On the way back I decided to stop and shoot some pictures of this sign that I had seen

a number of times on our way to Chicago. I've just never had the time or the light to do a

least I can finally sharev this beauty with ya's. I personally like the rough side that hasn't

been repainted in a while. Too bad the Sun was gracing the flip side. 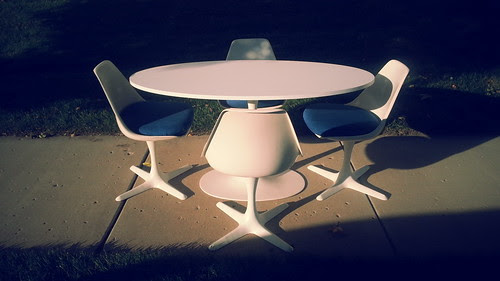 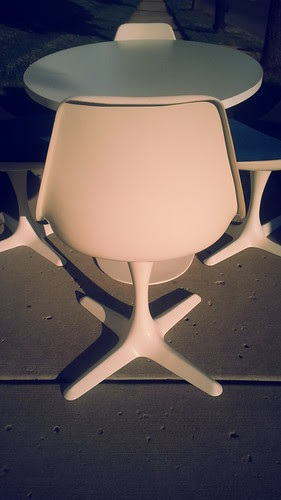 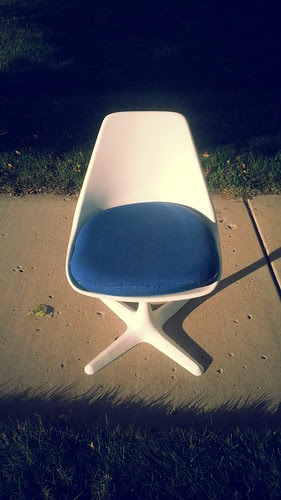 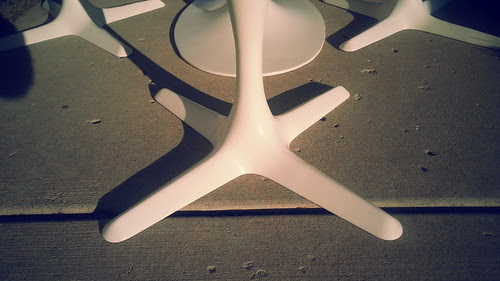 Anyway, this is what ya paid your ticket to see. This set has been on my list for years. I

years, either through just not knowing enough or by getting snaked. About 4 or 5 years ago

I got snaked on a similar Burke set (although I didn't know it was Burke at the time!) and the

experience really stuck in my craw. The good news is that it taught me a lesson and I'm a

much better hunter gatherer for it...which partly explains how I managed to be the lucky

duck who brought THIS home today! 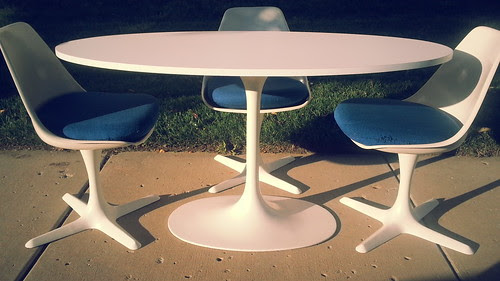 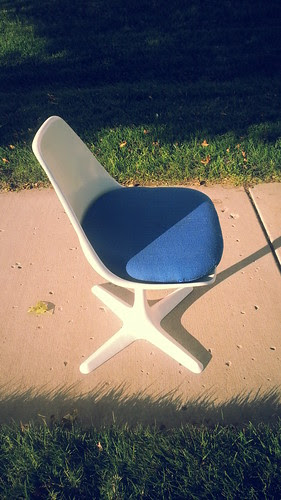 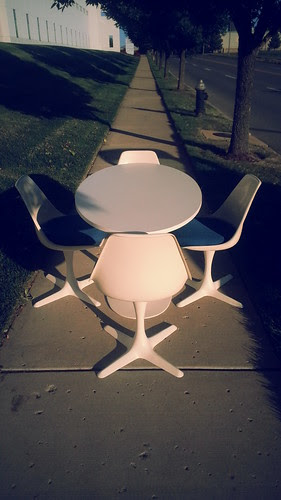 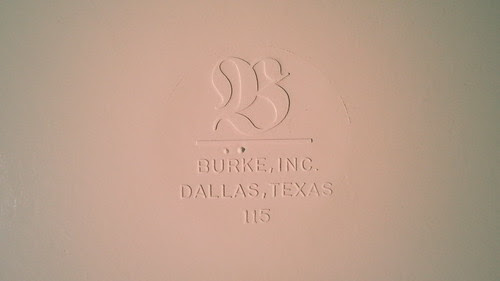 move and that she had just given it to him! He knew it was pretty cool and figured he could

make a buck on it so he was happy to take it off her hands. Make a buck he did, apparently

he had tons of interest in the set, but I was the first in line. I almost lost out due to

scheduling conflicts. The seller had to report to jury duty this morning but didn't end up

serving. Still, I didn't get the go ahead until about 10 after Noon. I still had to be at work by

5:30 pm so it was a little tight. I made it work and even had time to stop and take a couple

of roadside vintage motel sign photos. It was a good day!
Posted by Mr. Modtomic at 12:27 AM