More "Orbit" Lamps! I Don't Know If That's What They Are Actually Called But It Seems To Be Catching On. Yeah, You HAVE Seen These Before! Well, Not THESE These...But Another Pair. Status: Available! 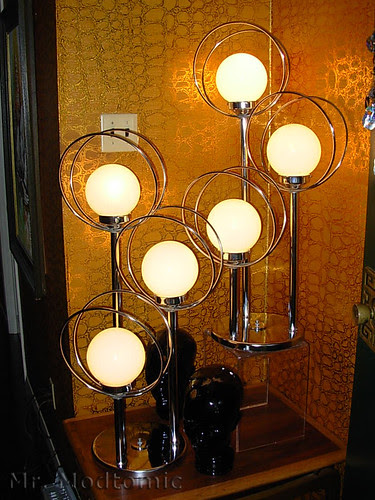 These are quite cool, don't ya think!  I've already dropped them off at Booth 5 - The Green Shag Market.  Lots of stuff got shifted this weekend, so I had to stop by and fill the void.  Along with this Fab. pair of lamps the booth got filled with the Burke tulip style dining set featured a few days ago.

Deja Vu?  You might be thinking of this pair of nearly identical Brass lamps that I had a short while 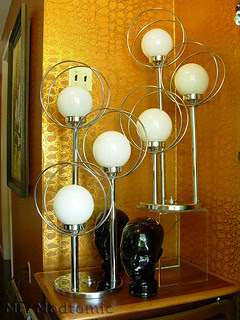 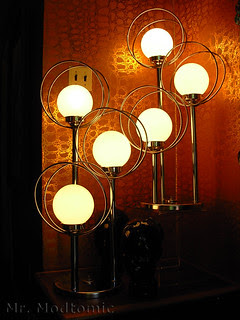 I got these Saturday morning after attempting to score a pair of Knoll / Saarinen tulip side tables.  I

decided to skip it.  I was just going to head on back home to a warm and cozy bed but I decided to

see if maybe there were a few other sales in the area worth checking out.  Turns out there were 2 so

I headed out to the one starting first.  I got there and checked the clock.  It was going to be an hour

and a half wait.  ::Sigh::  I wasn't even THAT interested in the sale! 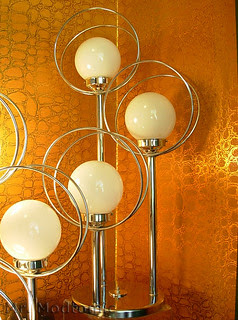 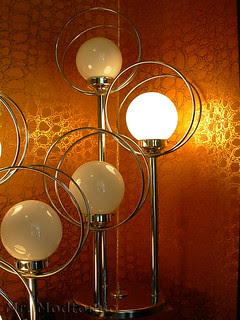 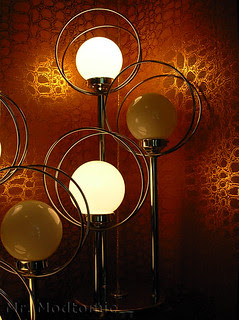 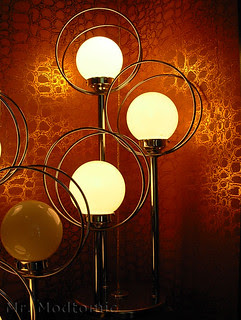 Then I remembered a garage sale that was supposed to start at 8am.  I checked out the ad again and

saw that it started in just a half hour and this pair of lamps were prominently featured.  Yup, I was

outta here!  I arrived just a few minutes after opening time and walked right up to these and dropped

cash in the nice lady's hand!  Half an hour later I was back at the sale, lost just 5 spaces and only had

a half hour wait.  Well worth the effort. 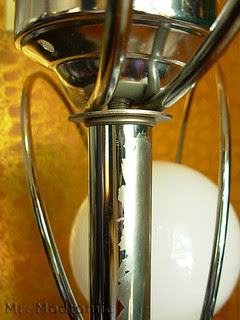 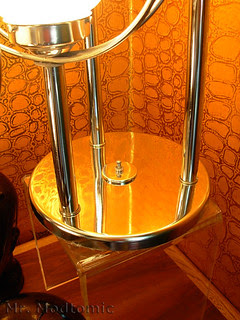 lamps.  Since the chrome is just a shinier version of the metal underneath it's hardly noticeable...and

the upright could even be twisted so as that the best side faced forward if need be.  Even all the bulbs

still worked when I got the set to the Shag!  And this set looks so good sitting on top of the Super