I Got Out This Morning To St. Charles Mo. To Take A Quick Look At A Danish Desk That I Had To Pass On, But That Gave Me An Excuse To Hit The St. Chuck Thrifts! Status: More Smalls! 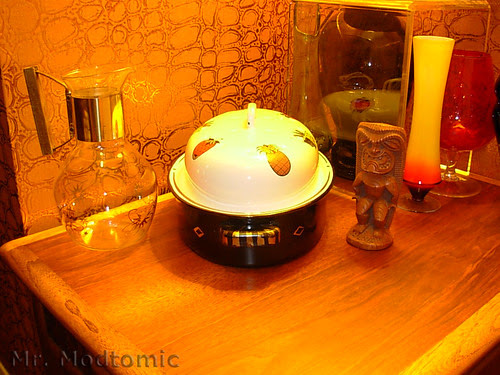 Unfortunately luck did not smile upon me this morning, well other than finding some little fun

smalls.  Nick had alerted me to a teak roll top desk and Frem Rojle chair on c-list and I shot off an

e-mail and didn't get a reply until this morning.  So I tooled over to check it out in St. Charles this

morning but alas, the desk didn't make the cut.  I don't know a LOT about these Danish roll top 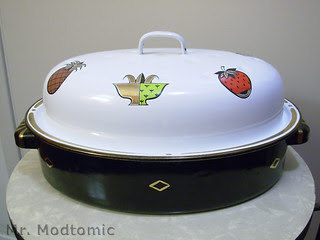 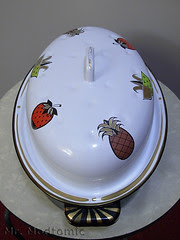 drawer was closed but for real, I just wasn't that into this desk anymore anyway.  I made a rather

my goodbys and headed for the thrifts.  Now maybe all of those desk (selling on eBay for up around

3-400 bucks) are cheap particle board crap but I just couldn't take that chance.  Did I make a boo 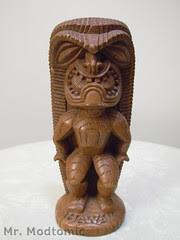 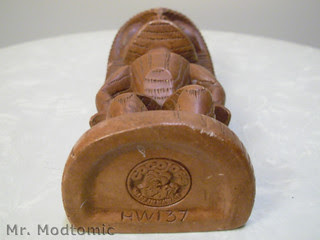 No, not with these smalls!  It'd take a heck of a lot of smalls to make up THAT difference!  These

smalls just help me not waste a morning drive to St. Charles.  I found the Georges Briard roasting

pan and the atomic carafe at the Salvation Army thrift but I can't recall where I picked up the Tiki.

It musta erased my memory.  Them Tiki's is pretty powerful magic.  Remember the episode of The 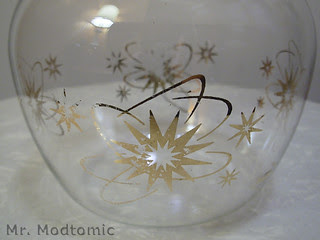 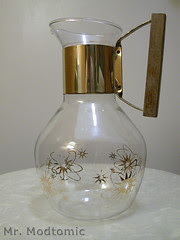 I've actually got TWO of these atomic carafes now!  I've been meaning to get the other tagged and

down to The Shag for a while now.  Now I've got a pair to tag up!  Now that I think about it, I'm

thinking that I might go ahead and gather up my Briard collection and tag it up as well.  I'm not

doing anything with it and surely there is someone out there who would! 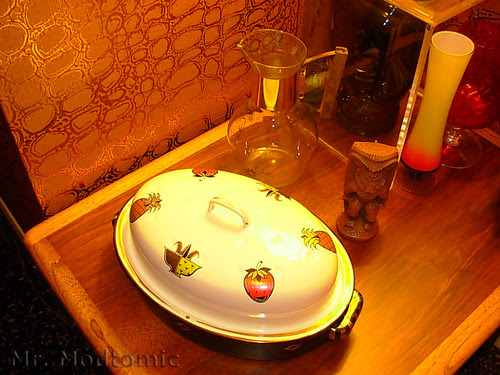