Stop Drop And Roll. That's What The Last 45 Minutes Of Freedom Before Work Consists Of When I Have To Make A Stop At The Green Shag Market. Status: Resupplied. 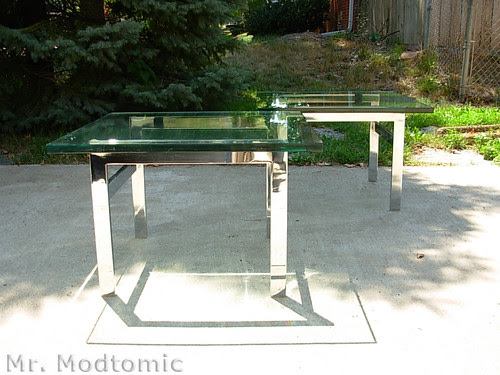 I try real hard to get up early enough to have plenty of time for messing with my Booth Space (44) before going on into work during the week, but it never works out so.  I'm always just finishing up, jumping into Frank and making a mad dash down the highway just in time to get to work five minutes late. 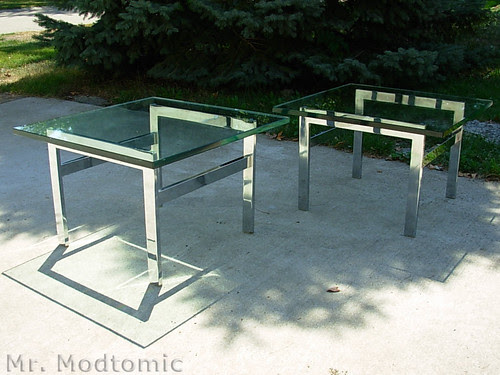 And of course, today was no different.  I even thought I gave myself PLENTY of time.  A full half

hour.  Not so much.  But I did manage to seriously re-arrange the space to fit in not only this fine

colorful Ice Buckets!) that I picked up and cleaned up over the weekend. 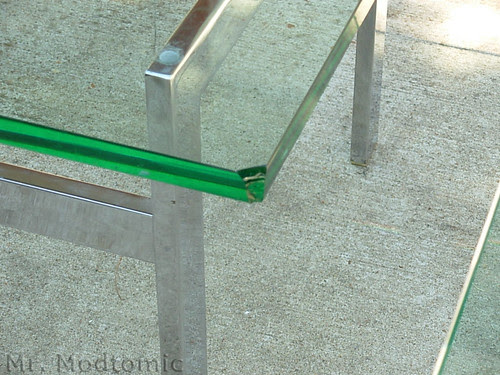 These tables also have a real (later) Milo Baughman feel to them.  They are vintage and so being

are given to the ravages of time.  There is one sizable chip in one of the corners and there are

plenty of character marks elsewhere, but this is just authenticity sayin' "hey, how ya doin'?".  And

unless you're like a real OCD neat freak (for real, I wish I was) you know you're gonna pile

magazines, remotes, ashtrays, empty beer bottles, empty Jagermeister bottles (what, no?) and all

sorts of stuff on them anyway, never to notice that gorgeous green glass one way or another. 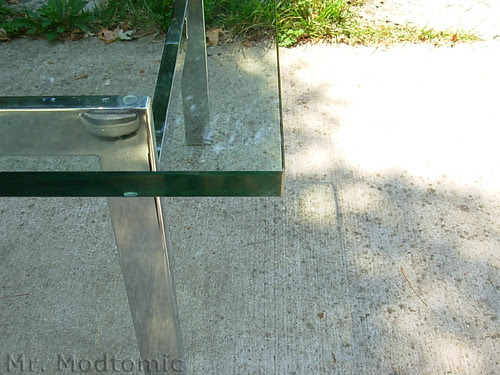 So yeah, there are lots of unencumbered corners and edges that can be strategically oriented too

hide the boo boos.  That glass weighs a ton too.  Way more than both chrome bases put together! 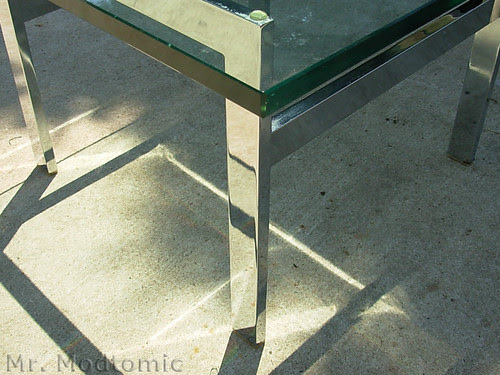 Oh, and check out that glorious chrome!  It cleaned up nice even though I only gave it a quick

once over before taking them into the antique mall.  I almost missed out on these tables.  They

them up Sunday but never heard back.  It wasn't until Monday that I DID finally hear from the

seller.  Turns out another buyer never showed on Sunday and I was next in line.  I had to drop

by after work and they were Not on my way home, but I think it was worth the extra effort!
Posted by Mr. Modtomic at 2:29 AM