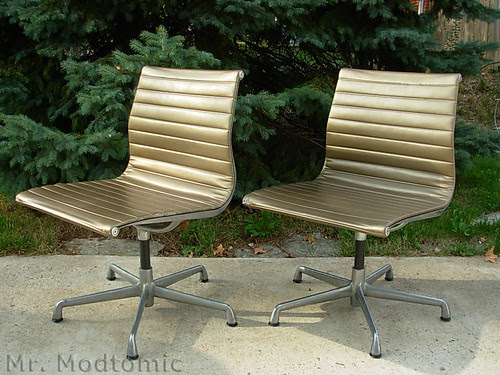 For about a week and a half it seems like there's been so little worth grabbing up ANYWHERE!  I got next to nothing at the Belleville Flea.  I did manage to procure a nice set of...something (I'll show ya later - promise!) at a thrift Saturday but otherwise there's been very little to be had that way.  And craigslist has been somewhat dry too.  But these popped up Monday afternoon...and they were cheap, cheap, cheap. 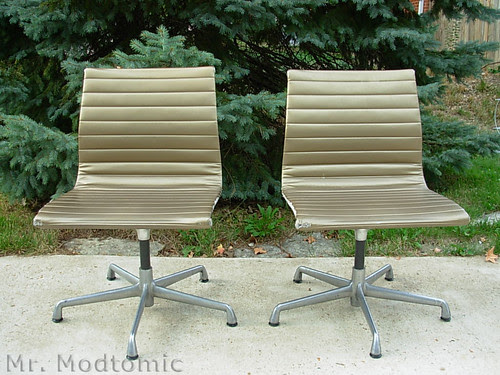 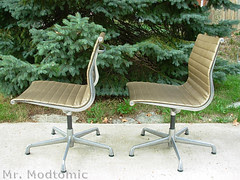 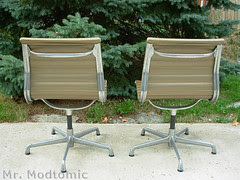 But once again, I overpaid the ridiculously low asking price.  More than double, ostensibly to

comp. the seller for meeting me at such a late hour.  I contacted the seller via the phone # provided

and explained to him that I wouldn't be able to pick the set up until about 11pm.  He was down with

that...after I haggle UP the price! 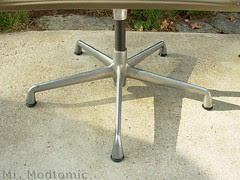 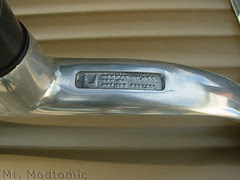 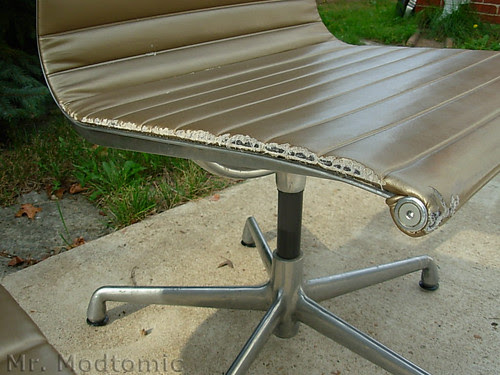 Yeah, there's some damage to the original vinyl upholstery.  Who cares.  It's gold vinyl.  I might

it.  Anybody got a good lead on replacement pads for Eames Aluminum Group Management /

Side Chairs?  If I can't find a cost effective route toward replacement I might just cover these

with some other material in some fashion or another.  Or I might just move them as is...if

anybody is interested, that is.
Posted by Mr. Modtomic at 1:44 AM

Email ThisBlogThis!Share to TwitterShare to FacebookShare to Pinterest
Labels: Before and After, Chairs, Craigslist, Eames, Herman Miller, Refinish