It Looks Like The Weather Gods May Finally Be Done Crushing Our Souls So This Weekend May Be A Good One For Outdoor Dining! Status: OK...So Let's Go! 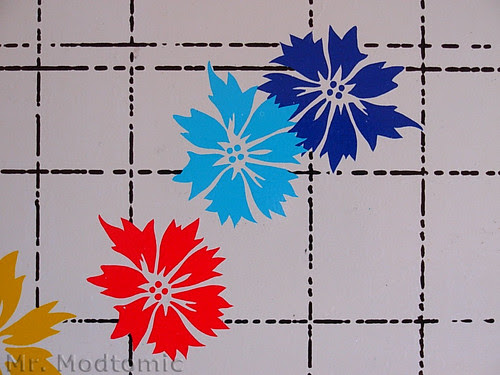 Nice pretty design, ain't it?  We stopped at a Salv. Army thrift store somewhere along the shore of Lake Erie and these lovely little flowers (first spotted by the Girlfriend) grabbed my attention.  It was a small shop and the pickins was slim but these were really great and it would have been a sin to leave them behind! 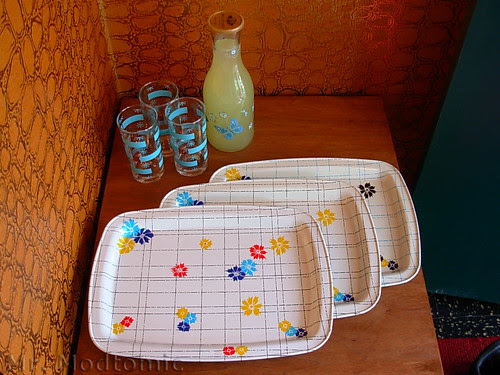 Only shown are three of the six trays but I assure you that there are indeed six.  The other three

weren't clean at the time of shooting and I was under the gun, time wise.  As you can see there

glassware and my too amazing Paul Mason wine carafe that I'm using for lemonade. 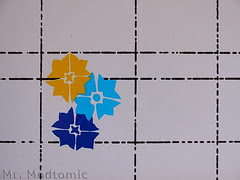 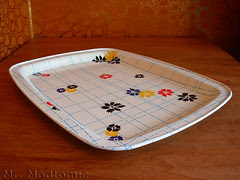 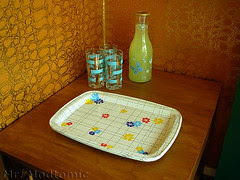 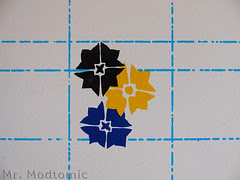 Neato, right?  Now all I need is someone to make me a bunch of bacon and tomato (sorry Nick)

sandwiches!  Ok, burgers and brats will do, too.  I'll have to remember to pack these up in the

car for the next trip to the Drive In theater (maybe this coming weekend?).  These would be

in our laps where they belong!  And done so...with style. 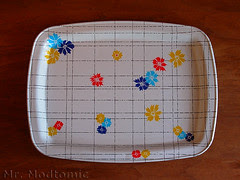 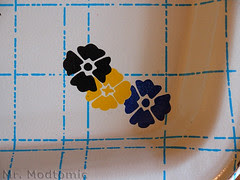 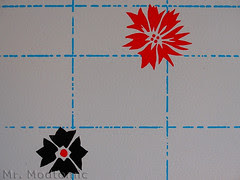 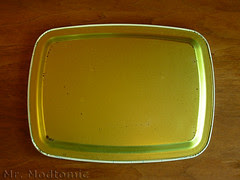 In.  Hmmm...probably the ONLY little metal trays in all of the Drive In, at least being used by a

grown man.  Don't care.  Such is the price of being totally cool in one's own mind. And that's the

only cool place to be cool, right?
Posted by Mr. Modtomic at 2:47 AM