Guess Who's Got Wood? This Guy! That is...I Got A Wood Butcher Block By Boos And A Vintage Wood Coca Cola Crate Too. Just A Couple Of Wooden Items I Found At The Thrifts This Weekend. Status: For The Booth. 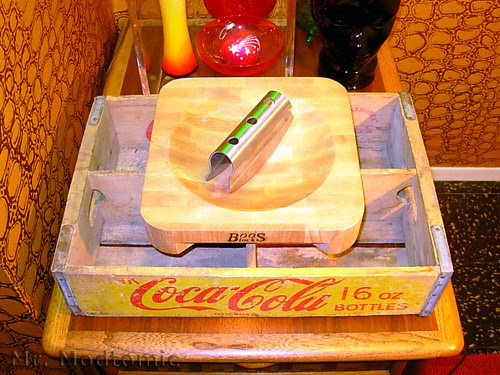 You know those carts the Goodwill rolls out hoping the hoarders (you know 'em, they're the ones who grab a cart as soon as they walk in the front door) clean off so they won't have to find a place on the shelves for the stuff.  That's were I found both of these items!  But relax, I didn't fill up a cart...or block all the aisles with it either. 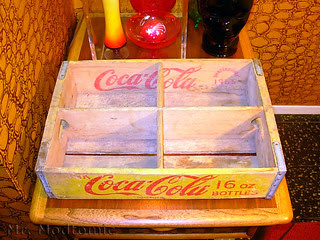 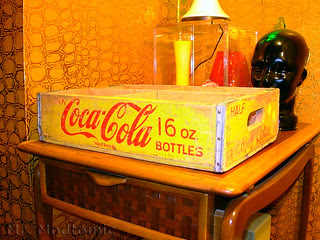 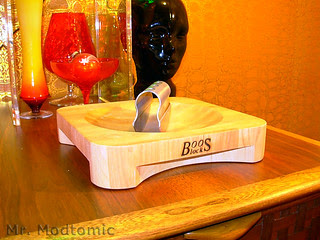 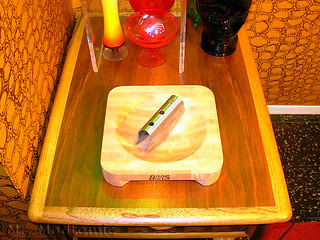 as a shelf, one of them got real serious and told me I better check out what it's worth first 'cuz they sell

things for a couple-a-bucks all the time what's worth Hundreds of dollars.  Really?  This actually

happens?  I didn't let on that I already know this...and that I'm one of those people in there for just

that reason.  I just said the same thing I say about any of this stuff: it's really only worth what

somebody will pay for it.  The Boos Block was at the downtown location.  I know...it's not vintage.

It's actually brand new, or at least never used.  You cookin' types out there know what Boos Butcher

Blocks go for.  If you don't cook...you probably don't care and probably aren't even reading this far,

but here's what one could expect to pay for one of these new on line.  Of course, I won't be asking

anything like that in my booth at The Green Shag Market. 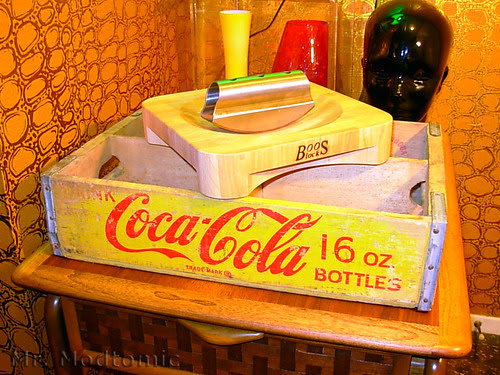 Speaking of The Green Shag Market, what do you think about the idea of a Gift Registry either in my

booth, at the antique mall in general and or here in this blog (you know...on another page) or maybe

on the antique mall's Facebook page.  Sound like a good idea?  Would you take advantage of such a