I Picked Up Another Danish Modern Three Light Pendant Monday Before Work. It Was A Late Night Craigslist Find That I Should Have Found And Snatched Saturday. Status: All's Well That End Well. 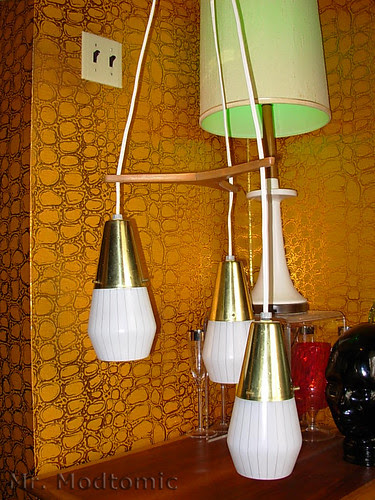 This fixture is another one of those killer items that got overlooked by everybody on craigslist...
including me!  I had been listed early Saturday afternoon and I didn't spot it until late Sunday evening.  I hate it when that happens. 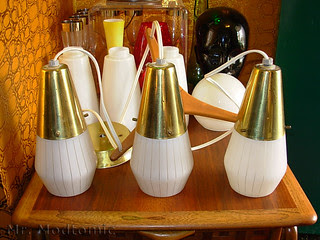 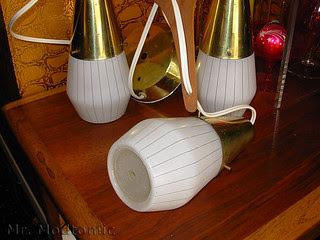 I just found a home for the last Three Light Pendant I featured here!  Now I've got another.  This one

has been freshly rewired and is in great shape, ready to be installed.  I had to meet the seller out in

west county early Monday morning before work as I wanted to make sure I didn't get snaked on this.

purchases I make a play for.  I just don't have much room for anything but the best finds right now

so I haven't been giving it my...best shot, shall we say.  But sometimes you just get lucky, and

snatching this up was just exactly that...luck! 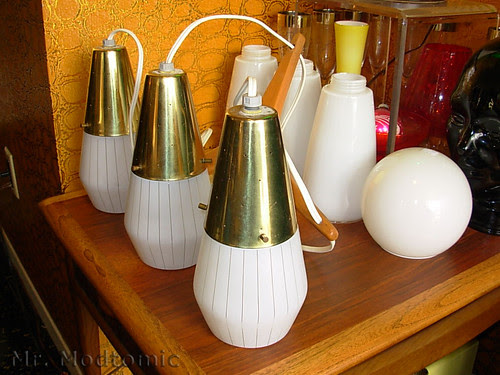 remember to check on my weekend scouting trips.  At one of the thrifts I found the Dorothy Thorpe

style silver rim champagne flutes I featured yesterday.  At another I found...nothing, but at the last I

picked up these spare globes!  The three matched milk glass tapers are threaded for some kind of

brass holder that I'm sure was on a tension pole.  The one round globe, I'm not sure. 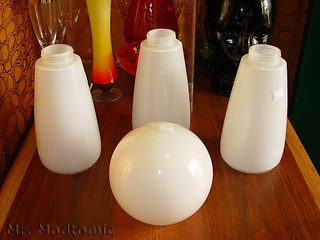 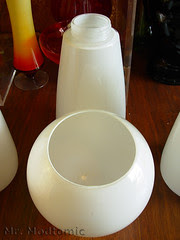 that don't have a mounting flange...so I bought it just in case.  I bought all four "just in case".  I'm

sure I would have kicked myself if I hadn't bought them all.  You know how it goes.  You see half of

something cool at one thrift...fail to buy it, and see the other half a week later at another.  Fail.  Not