So You Demand A Danish Modern Look But You Have A Hankerin' To Play Some Honky Tonk Piano? Better Get To Value Village Quick! Status: You're Covered. 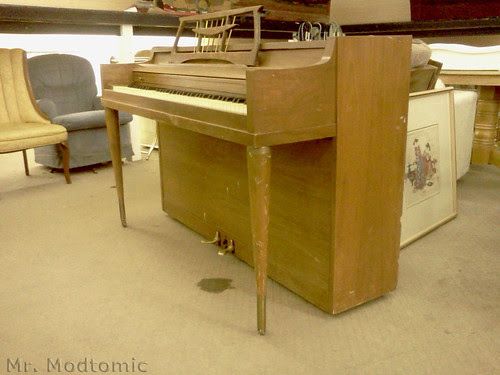 Mr. Modtomic can't really play the piano to well but he can play a little by ear. But this piano might be too far gone to be a "playing" piano anymore. It might just be a good "looking at" piano if it makes it out of this Value Village at 770 N Us Highway 67 Florissant, MO 63031.

rough. The tuners looked rusty and it looked like some "strings" were missing. I know that

must be ridiculous. But then, maybe there is a musician with a soft heart and some 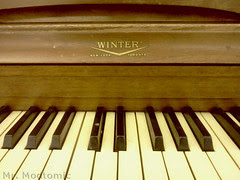 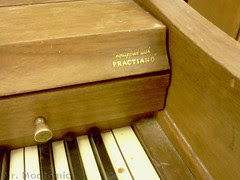 it's own weight in dust before I got around to doing it justice! They either just got it in or

someone actually bought it since I didn't see a price on it anywhere. I'm guessing it just came in.

There isn't a big market for iffy pianos out there is there? 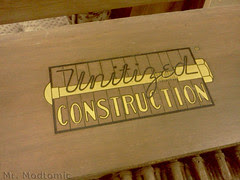 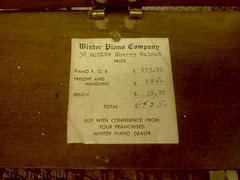 that was almost a cool grand.  Keep in mind that a 1965 Ford Mustang could be had for about

about 10 times the '65.  Could this mid century modern piano be the diamond in the rough

you've been hoping to find?  It was still at the Value Village this afternoon. 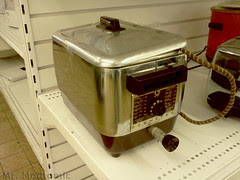 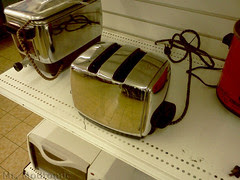 One of the two items above is not still available at the Value Village thrift store.  Can you guess

which one came home with me?  The Dormeyer deep fat fryer?  The Sunbeam Radiant Control

White Castle are still pretty good) so having a counter top deep fryer would be great.  No more

microwave Jalapeno Poppers!  But I do have a thing for Sunbeam toasters...yet I already have

three of these sitting on a shelf.  Which is it?  Which one made the cut?
Posted by Mr. Modtomic at 3:28 AM