Friday Morning Estate (???) Sale. Picked Up A Little And Left Some For Others. Status: Different / Good. 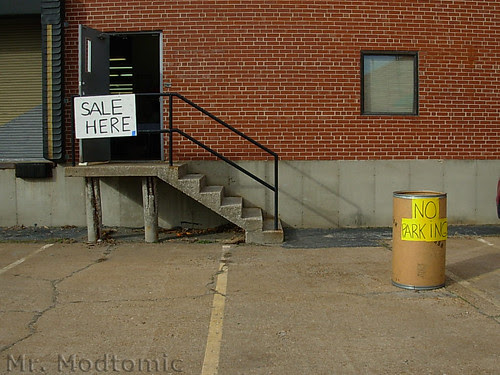 I hit one of the strangest "estate" sales this morning before work.  It wasn't so much an estate sale as much as a business cleanout, but I still managed to do pretty good and so did a few others.  I picked up one Big score but passed on a Herman Miller / Eames Segment Base conference or dining table that a fella who came in after me snatched up.

conservatively. It was right up front and almost the first thing I walked past...yet somehow I

managed to fail to take a picture of it before the new owner had it out the door. I know where

it's headed (I talked a little while with the buyer) so I'll probably get a chance to shoot it again.

Anyway, check out this crazy sale! 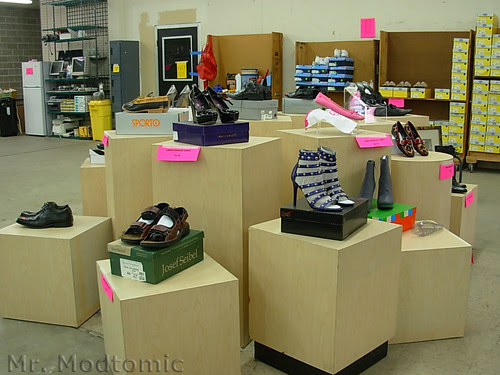 That's right....shoes. Tons of shoes! I didn't look at any of the shoes or prices so I can't say...or

really, even if I had, couldn't say if there were any bargains to be had. It's not my field. But even

those display cubes that the shoes are sitting on are for sale and those WERE a bargain...

especially if you are a flea mkt. vendor have a shop. Sometimes you gotta think outside the box. 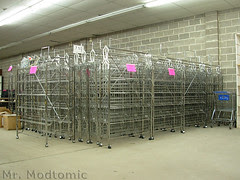 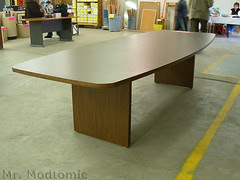 TONS of rolling shoe racks. That's what you see above to the left. There were even a couple

of shopping carts available. Virtually EVERYTHING was for sale! I love it. I even considered

buying one of the shopping carts. I don't know exactly why. Maybe to take with me to the flea

markets! Need a super sized dining table? Get yourself a giant conference table like this. You

could have a couple of families over for your holiday dinners! I could almost use that table in

the garage to double up some of my storage space. 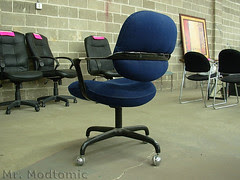 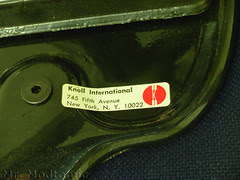 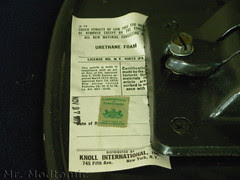 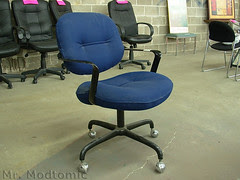 even though it was an amazing design from a well known manufacturer. It was a little chipped

up along the front of the armrests and I had already pulled the trigger on too much other stuff.

The combination of more $$ and trying to stuff it in Frank gave me pause. I might go back 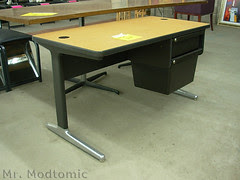 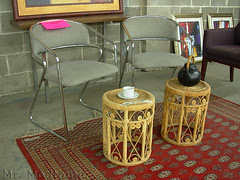 Again, I had already dropped a good chunk of change and had a pretty full car so this Eames /

Herman Miller desk didn't make the cut either. It wasn't pricey at all but I just don't know if

there is a market for this style. Just because it has the names doesn't mean it's coveted by a

wide market. The sale had a number of very high quality side chairs available and I was

surprised that they weren't being snatched up quickly. The two above to the right were very

solid and had really nice upholstery. 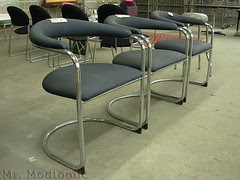 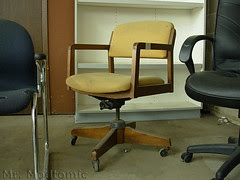 Unfortunately, these three tubular chrome side chairs above were sporting damaged upholstery.

They have a beautiful and cool mod design but they look like they'd be hard to recover. That

office / task chair though...that is a nice one. It has a great Restoration Hardware look to it. 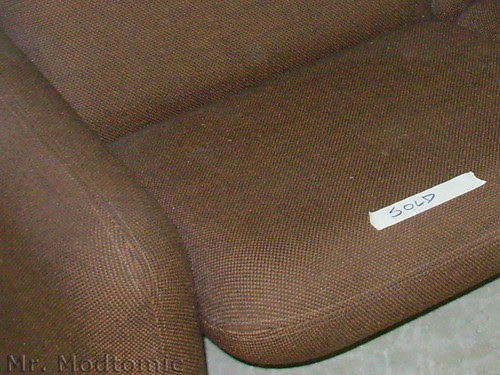 Then there's this.  This is what took up the bulk of Franks hauling capacities this morning!  I've

already done my research and know what it is and who designed it and all that...but can you

figure out what it is from this intentionally obscured photo?  Sharpen your IDing skills and show