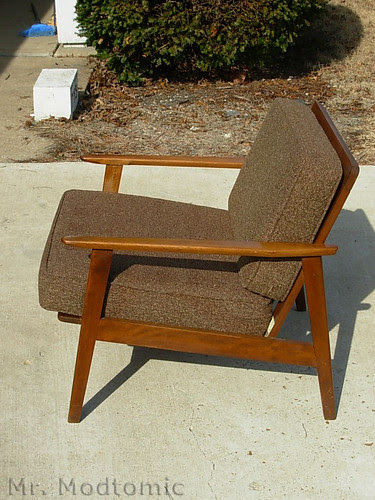 Much like the tables I featured earlier (BTW, Illuminate is picking those up today), this fine example of Yugoslavian craftsmanship was covered....COVERED...in dust, dirt and cobwebs.  Again, I was too embarrassed to even photograph it in that state.  It was gross just having it in the back of Frank.  But, of course, not so gross I would leave it behind! 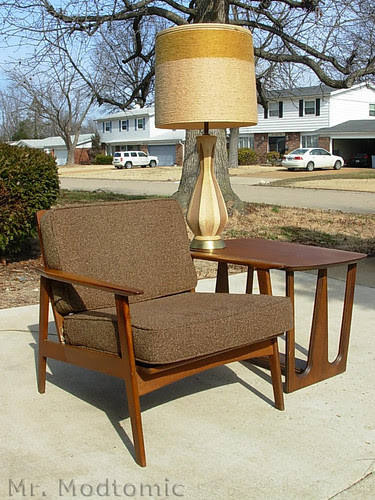 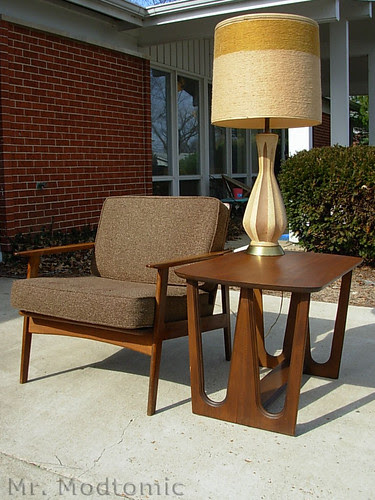 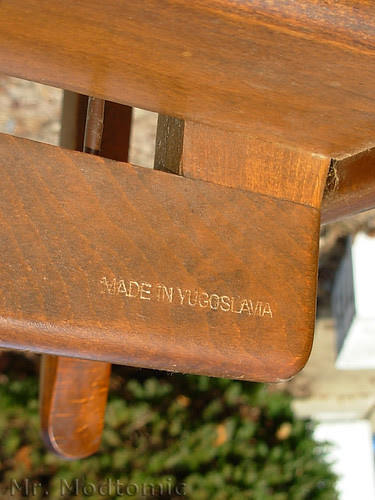 Them's some great lines, right? Sure, it was put together in Yugoslavia but it's style is pure

Scandinavian! Too bad it didn't come with those great cushions.  Maybe that's why it was

relegated to the garage and was covered in dust and cobwebs.  The sale was great.  I picked 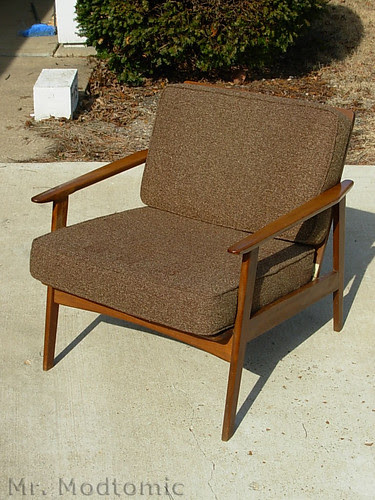 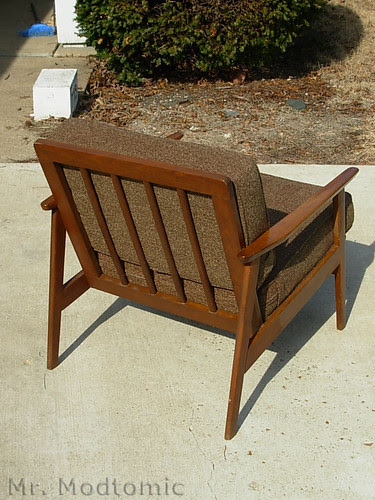 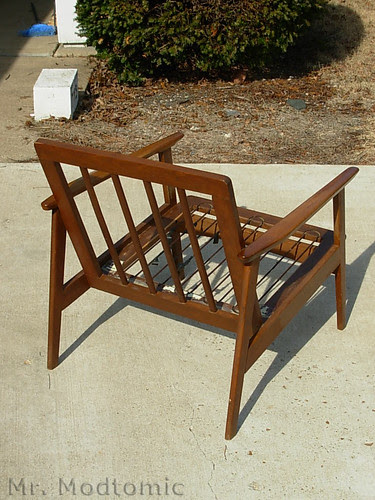 been nice to have the cushions but that's why it didn't cost much...and why it won't take much

to move it on! I don't think I'll ever get around to making a set of cushions for it so that means 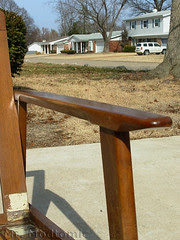 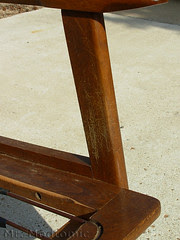 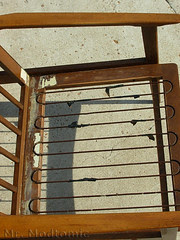 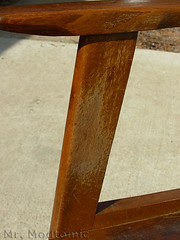 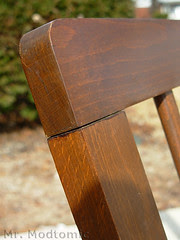 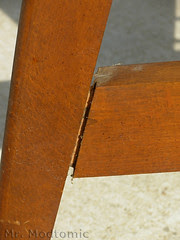 And the missing cushions ain't all the issues this fella's sporting. It had some finish issues hiding

under the dust but nothing that can't be cleaned up pretty easily. Maybe I'll go get some

Howard's Walnut Restore-a-finish and see whazup with that! Oh, and a little wood glue too.
Posted by Mr. Modtomic at 1:47 AM