Sometimes The Girlfriend Gets In On The C-List Scavenging Too. She Snatched This Swirly Globe Light A While Back. Status: Wants To Be Lit! 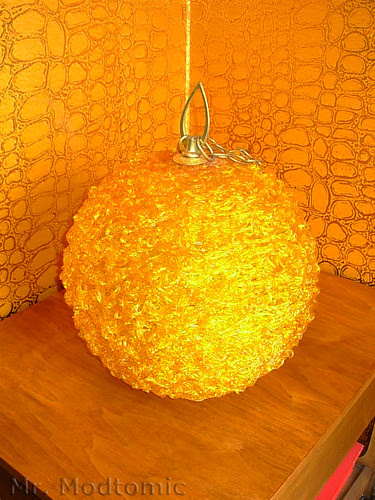 We got so much cool stuff that just sits around gathering dust that it's embarrassing!  As I recall the Girlfriend spotted this on C-list and asked me what I thought.  It looked like a good deal to me so I said she should go for it!  She did.  We got it.  We actually used it for a while when we were down in Tower Grove East (South City, St. Louis).  But now, it's just been sittin' there....juuuust sittin' there. 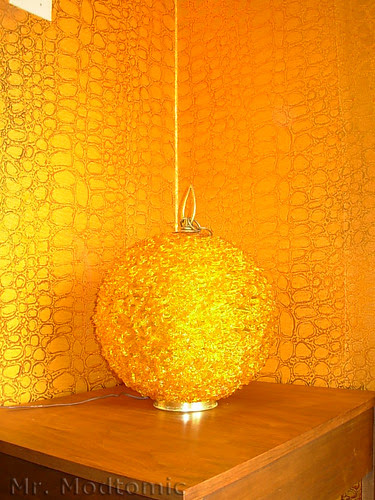 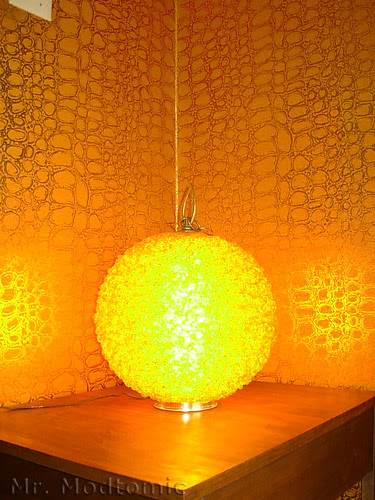 So I dragged it out and cleaned it up a little (oh the dust...the shameful dust!) to see what kinda

trouble I could get into with it.  Well, if I'm gonna mess with it, I'm gonna shoot it too!  So I set

the camera up as well to share all my crazy ideas with youz guyz.  Above it's just sittin' on a

pretty it is when illuminated.  It looks like the Sun! 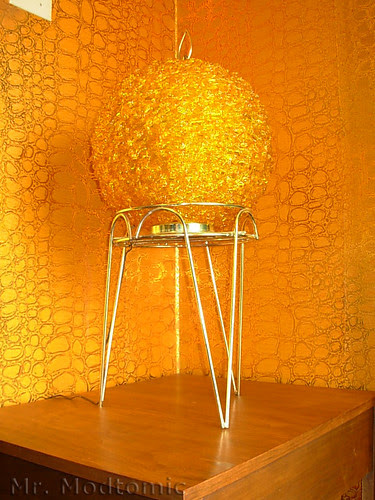 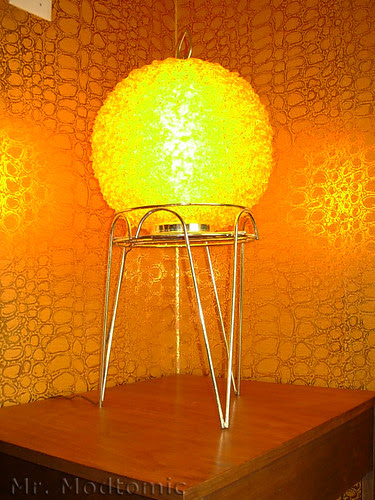 One idea I had was to set it on a hairpin leg plant stand.  So I did.  Hmmm...kinda interesting

but I'm not really feeling it.  You?  Note that it would not have the brass base of the lamp that

is inside it at the bottom of the globe if I were to actually go forward with this crazy plan. 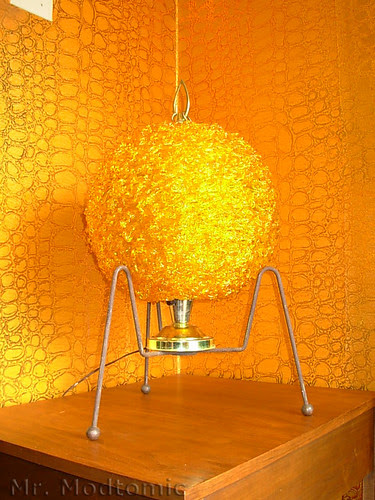 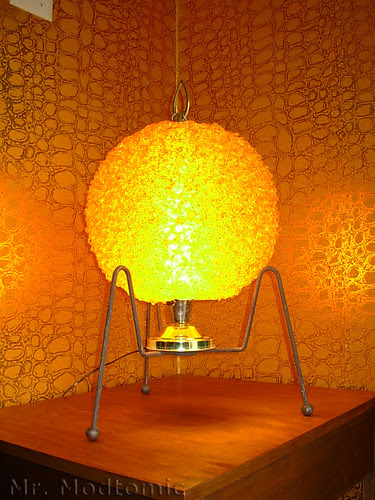 This little plant stand was picked up at the flea market some time ago.  Ain't it a neat little plant

stand?  It needs to be cleaned up and repainted but it's solid.  It's been buried out in the

Garage for a while and I thought this was going to really be a match made in heaven.  Again,

hmmmm....kinda interesting but I'm not feeling it.  And yeah, there's that little lamp sticking out

the bottom again.  I think I'll stick with putting plants on the plant stands. 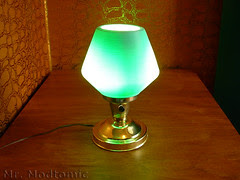 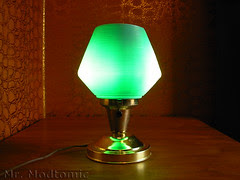 And hears the little work horse lamp! pretty cool little lamp don't ya think? It was just a couple

of bucks from the Value Village thrift store and in great shape. The base isn't as great as some

that...again, kinda interesting....but I'm just not feeling it.
Posted by Mr. Modtomic at 3:03 AM