We Made A Little Road Trip This Morning And Of Course We Stopped At An Antique Mall. Wanna See What's In The Box? Status: Take A Look! 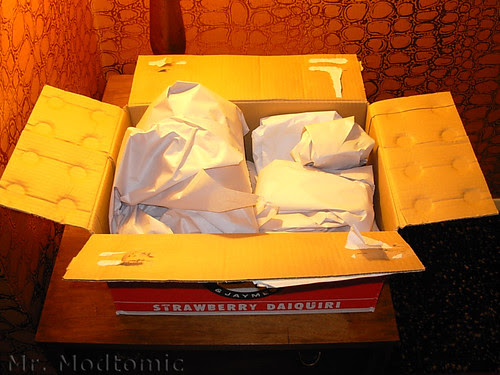 We stopped today at a couple of antique malls just off the highway south of here near Cuba Mo. We didn't find anything note worthy in the first but found a booth full of all kinds of good smalls in the second. The Girlfriend spotted the booth first and said something like "Oh Sweety, you're gonna like this one." 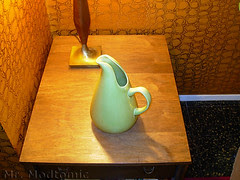 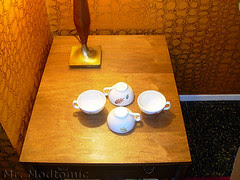 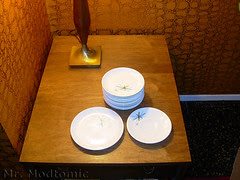 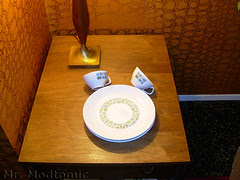 Not a bad little box of stuff, huh?  All but the Russel Wright pitcher came from one booth that

was full of some of my favorite patterns.  I left plenty behind too.  This seller totally had my

number!  The cashier said the seller had a house full of retro too.  Hey Seller, if you're reading

this let me know!  I wanna check out your joint! 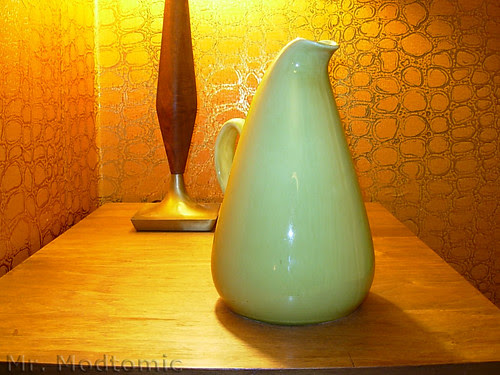 (in excellent condition).  That's more than twice what I paid for my other pitcher but still way

less than the going rate of approx. $75 and up.  There was another short teapot with lid (also

in Chartreuse) that I think was $40 and well worth every bit of that but I didn't snatch it.  Then

there were four plastic teacups and a saucer by Russel Wright that I also left behind, because

there were three blue ones and one yellow one...and then only one saucer.  I just don't see

those often enough to feel confident that I could build on that collection.  It would just gnaw 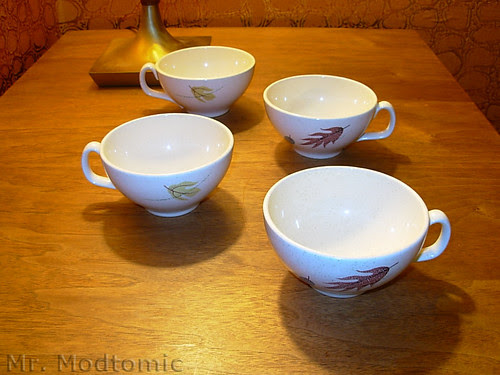 Eight of these teacups but Two of them have some slight imperfections.  With these additional

Four I now have a great set of Eight total.  Now I can start building toward a setting for Eight.

These were Half Off as were the Two sets below. 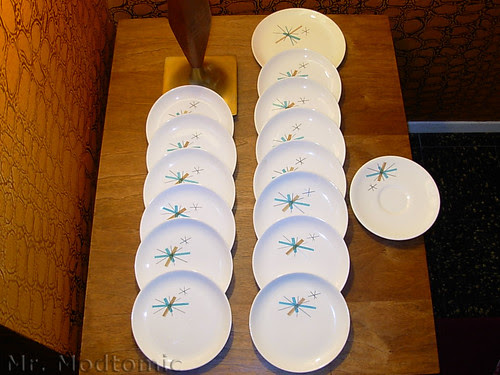 This is a weird lot of plates but again, the lot was Half Off and so the price  was right.  At least

around here, one does not turn their nose up at an odd lot / windfall of Salem Northstar when

it is presented.  Can one ever have too much Northstar?  Hmmmm...maybe. 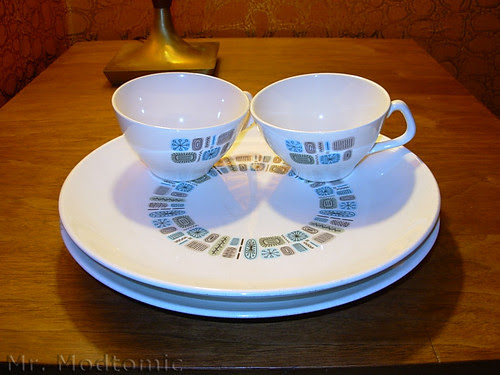 Until today I've only had one piece of Canonsburg Temporama. I found it at an antique mall in

Cave City Ky. while on vacation there last year. It too was had at a bargain price. I've had it

collection of this pattern as well! Yeah, more dishes to collect. Just what I need.
Posted by Mr. Modtomic at 3:04 AM